When it comes to the style stakes, we thing the Swoosh have got things down pat on the' Nike Tiempo Legend IV' -White / Total Crimson / Black! 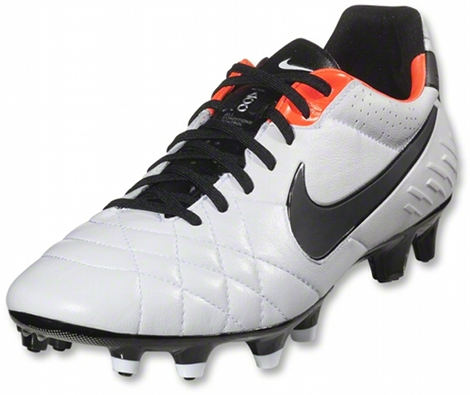 We often wonder whether Nike struggle to keep things fresh with the Tiempo. After all, it’s a classically-styled boot, so it’s natural to keep things in simple black and white, maybe occasionally go for a big statement like the Soar Blue / White version did at the start of the season.

But then, you look at a colourway like this White / Total Crimson / Black' model and realise, Nike seem to have plenty of milage int this boot, yet.

Whereas previous models have just had the sockliner and flashes of the soleplate in the ‘pop’ colour, Nike have introduced a little more colour around the top lace eyelets and the collar on the Nike Tiempo Legend IV' -White / Total Crimson / Black.

Whilst not much, this little touch contrasts effectively against the White upper and all-black laces and tongue to create a new overall look for the Tiempo Legend IV, without ever compromising the old-school feel of the Tiempo. 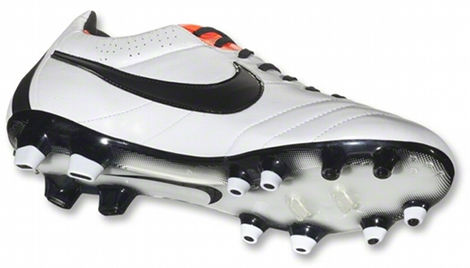 Since it’s launch in Summer 2011, the Tiempo Legend’s stock seems to have been on the rise. With the boot universally loved by amateur players, plenty of top-level professionals' recognise' them as their football boots of choice, too.

Mainly the choice of top defenders like Gerard Pique, Carlos Puyol, Ashley Cole and more, there are plenty further up the park who recognise their class, too.

Italy’s Andrea Pirlo has proven resurgent in the new model of Tiempo, whilst pacey' Manchester' United forward Javier Hernandez also prefers the classic feel of the Legends to other boots in the Nike stable.

What do you think of the Nike Tiempo Legend IV' -White / Total Crimson / Black?

Written By
Kyle Elliot
More from Kyle Elliot
We continue our retrospective on 2014. A big year for football boots,...
Read More