Nike once again keep things clean and cool with their hallmark heritage line, as they unveil the Tiempo Legend IV Elite – White / Green! 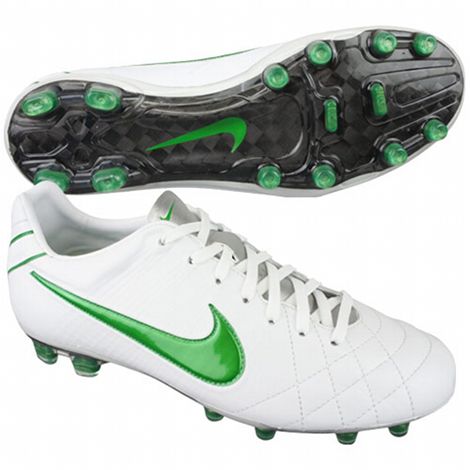 Ever since their revamp last summer, Nike have kept things simple for their most elegant boot silo – having released a White / Gold, White / Red and now a White / Green incarnation for the Tiempo Legend IV Elite.

Whilst some would argue that they’re becoming a touch formulaic, we definitely respect the need to keep a certain level of class for the Tiempo range. 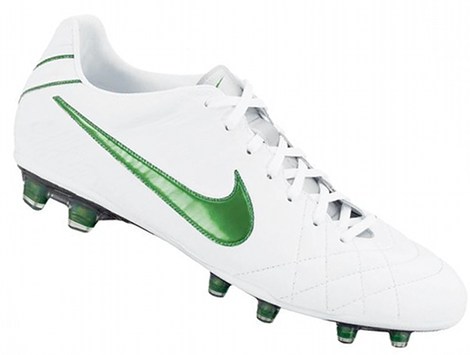 Overall, the combo of White and classic Green was never going to fail, and whilst Nike won’t appreciate the comparison, we do like the fact they remind us of some of adidas’ classic sneakers in the colour department.

Since their evolution from the Legend III, stars from across the world of football have flocked to the Tiempo Legend IV Elite, with defenders in particular enjoying the exceptional touch and feel of the exceptional K-Leather used in the upper. 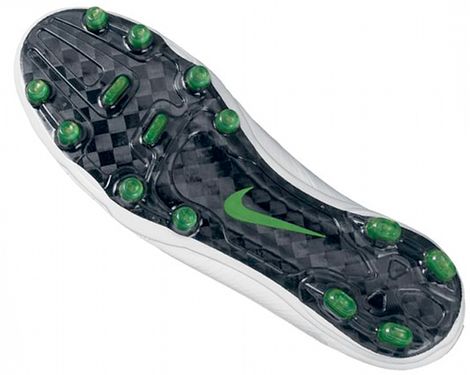 Patrice Evra, Ashley Cole and Sergio Ramos all switched to the Tiempo from other Nike boots, to join fellow stoppers Gerard Pique and Carlos Puyol in Nike’s fouth incarnation of the Tiempo Legend.

Any why wouldn’t they? With a full-length Carbon Fibre soleplate, K-leather upper with leather-specific FlyWire and quilted stitching on the forefoot, the Tiempo Legend IV Elite – White / Green makes it one of the most full-featured cleats on store shelves at the moment. 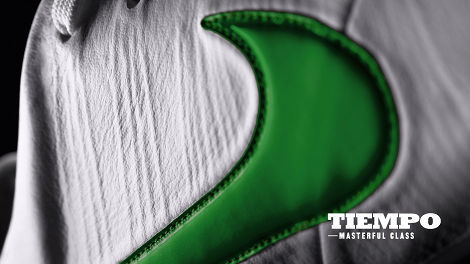 With a princely pricetag of £274.99, it certainly had better be fully featured, and if you fancy a pair they’re all yours from the 29th of March 2012.