Nike have once again revamped the Tiempo Legend III with another classic colourway! This time in Pearl/ Black/Team Orange. 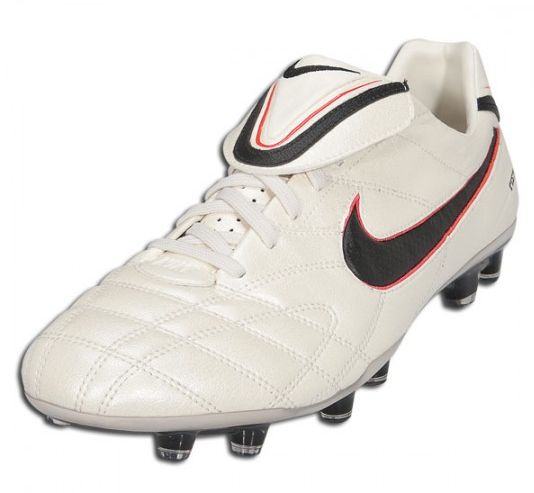 Looking strikingly similar to the last White/Red/Seaweed Tiempo’s, this new incarnation of the Legend III’s is a masterclass in subtle variation for maximum effect.

The Pearl coloured Kangalite (featured on these boots as they are the Nike Elite Series Version) is the first colour which we’ve seen that really shows off the grainy, soft texture of the Kangalite, demonstrating what a great job that Nike have done replicating the natural look of leather. 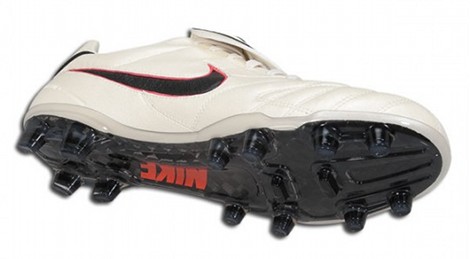 The Orange trim around the Nike tick is a nice standout feature of the boot, that stops them being too plain by injecting a nice bold run of colour into the upper!

Nike have seen a good portion of the Tiempo Legend III following converted to the likes of the CTR360 Masetri, but players such as Joe Cole, Andrea Pirlo and and Gerard Pique have stayed loyal to these classically styled football boots. 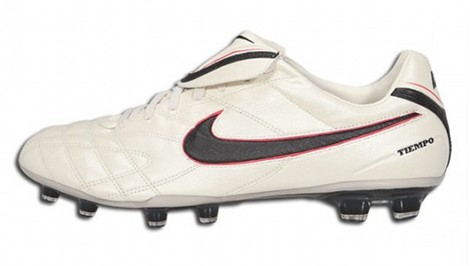 Coming up for pre-order as of the 24th of September, you can expect the Tiempo Legend III in Pearl/Black/Team Orange to be on store shelves in the first week of October.

The Elite version of these boots will retail at around £215, with the standard being much cheaper with a sub-£100 price point at many stores.

Written By
Kyle Elliot
More from Kyle Elliot
We've got 3 pairs of one of 2011's most talked-about football boots...
Read More