Ah, the summer of 1994. 2 Unlimited were on top of the charts with The Real Thing, Forrest Gump and The Lion King were battling it out to be the biggest grossing film of the year and Motor Trend magazine decreed that the car of the year was the Ford Mustang. And of course, there was the small matter of the World Cup.

The tournament was held in the USA for the first time and with the host nation reaching the knockout stages, it was a storming success. The average attendance was 69,000 and the total attendance 3.6 million, the highest in World Cup history.

The final was Brazil verus Italy, Brazil led by Romario and Italy by the great Paolo Maldini. As well as becoming the first final to be decided on penalties (Brazil won 3 – 2) the game was also notable as both Romario and Maldini wore the Nike Tiempo Premier.

Fifteen years on, Nike has re-created the classic Tiempo with a Limited Edition Tiempo ’94.

This very special football boot has the throwback style of the ’94 boot with a modern, updated outsole for excellent traction.

It includes a kangaroo leather upper with the same vamp pattern as the 1994 football boot and a retro Tiempo Premier folding tongue.

The insole features a molded sockliner with Poron cushioning for comfort, and “LIMITED EDITION” detailing.

The outsole is composed of lightweight TPU with glass fibre shank and forefoot flex grooves. Combination conical and bladed studs for traction and pressure dispersion, on firm, natural surfaces. 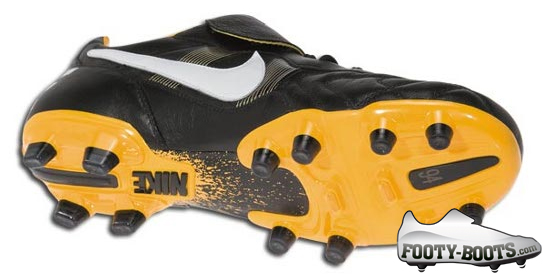 This is a great ‘feel good’ boot and is guaranteed to bring back memories of those fantastic 3 weeks in the American sunshine. Crafted in Italy, this exclusive football boot comes with a commemorative shoe bag. 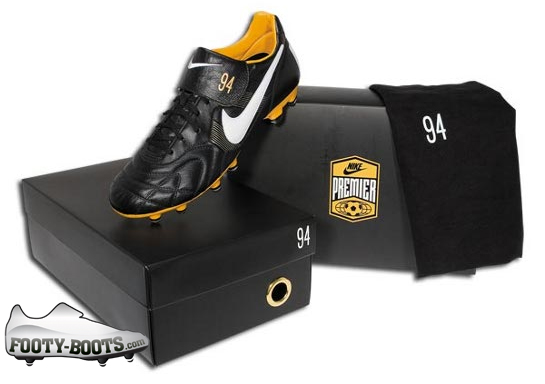 If you bag your slice of football history, let us know. Rate it:

Written By
Ramsay
More from Ramsay
Real Madrid are the most valuable club in the world according to...
Read More