Because one World Cup ad is never enough, Nike have launched Part Three in their ‘Risk Everything’ trilogy; a five-minute animated film that puts a team of their highest-profile players together in a bright and colourful battle to save us all from boring football.

The Originals are forced into retirement – with several stars taking up new jobs that are sure to raise a smile – until a mysterious force (we won’t spoil the cameo) calls them back together for one last winner-takes-all game under the call to ‘Risk Everything’. 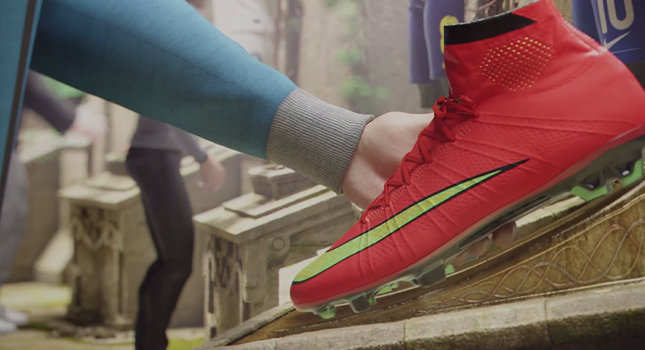 With the World Cup kicking off this week, the match up with the Clones takes place in Rio, natch, and becomes a dazzling display of skills and daring that really puts a bow on the fun and festive feel to the Nike ads for 2014.

As you can expect, there’s no shortage of drop-ins and easter eggs for fans of football and sport in general, so get comfy guys and gals – this one demands repeat viewings.

Is this the icing on the cake for World Cup ads, or does three virals for the tournament jump the shark a little?

Written By
Kyle Elliot
More from Kyle Elliot
adidas kit out their star man with a pair of bold new...
Read More