Today, Nike pushed their ‘Write the Future’ campaign in an exciting new direction. With the help of Arsene Wenger, Nike want to find the most exciting undiscovered player in the world today, and give them a chance to Write their Future.

This new Nike campaign – dubbed ‘The Chance’ – is a global search for talented footballers to join the Nike Academy, a high performance training program, supported by the Premier League in England.

The Nike Academy offers non-contract players unattached to professional clubs a chance to enter the professional game through world-class coaching and games against elite academies and professional reserve teams. Since the academy’s start in 2009, eight players in the UK have received professional contracts. 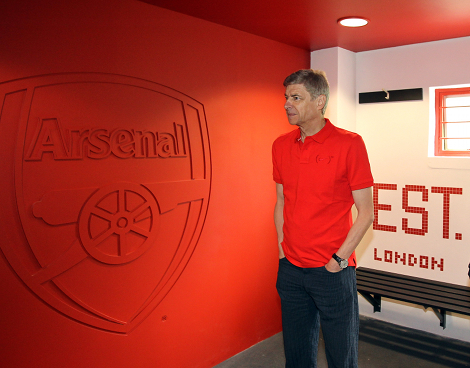 Players can register for “The Chance” at nikefootball.com, where they can use digital assets to create custom campaign materials that build on the inspiration behind “Write the Future” To support their bid, prospects can insert their image into a video that shows what their future might look like if they won “The Chance” complete with celebrity style pop culture moments. Entrants will also create a Facebook fan page to generate awareness and campaign support to get noticed.

The best 100 players from around the world are selected by Nike through Nike Elite Training events, the Nike City Cup, happening in 32 cities, as well as exposure through the digital platform. They will then be invited to a final trial in England, where they will compete for one of eight international places in the Nike Academy. These eight will have all their expenses paid to live in the UK for a year starting in July 2011 and be a full-time member of the Nike Academy.

“Providing young players from around the world with the opportunity of elite coaching and state-of-the-art facilities to reach their full potential is a very powerful proposition,”

said Arsene Wenger, Manager of Arsenal FC, in launching “The Chance” from the Nike Football Training Centre in Soweto, which provides high performance training facilities and HIV / AIDS Life Skills for the local community. “I look forward to actively participating in the scouting and review of exciting young players as they compete in ‘The Chance.'” 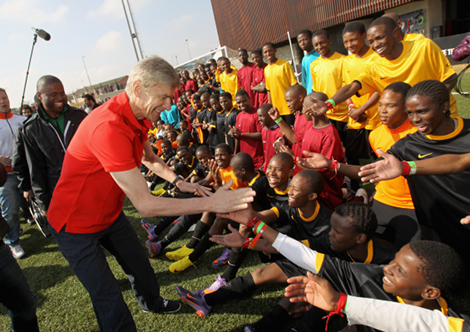 As members of the Nike Academy, players become full-time participants at a residential training centre in England with access to elite coaches, nutritionists, psychologists and fitness conditioners, along with world class facilities to perform at the highest level.

“Nike is passionate about giving footballers insider access to the best coaching and training in the world to improve their game and fulfill their potential,” said Trevor Edwards, VP of Global Brand & Category Management. “‘The Chance’ is a unique opportunity for players to prove themselves on the global stage, take their game to the next level and even get a shot at a professional contract.”

“The Nike Academy has a number of success stories with players that have entered the professional game, helped by the superb environment that has been created,” said Ged Roddy, Director of Youth at the Premier League. “‘The Chance’ is a great opportunity to identify talented young players to show their skills, get noticed and win a place at the academy.”

For more information or to register for “The Chance” visit nikefootball.com. Players can register Now!!

What do you think of ‘The Chance” – will you be entering?