There are literally dozens of great footballs on the market at the moment, with the likes of Nike, adidas, Puma, Umbro, Mitre and more making top-quality footy’s used in the top leagues and cup competitions across the world. 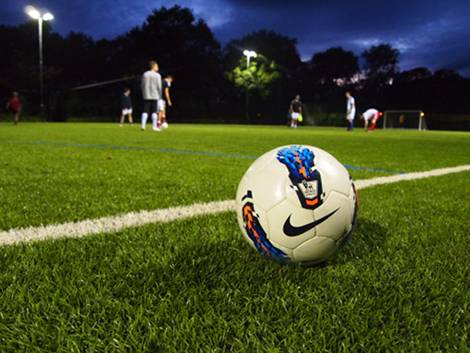 But Nike’s latest campaign for the new Nike T90 Seitiro claims it is, simply, ‘The World’s Best Ball’.

We’ve had one at Footy-Boots.com HQ for the past few weeks – plenty of time to run the rule over Nike’s latest football – and now it’s time to see whether we agree with the American brand’s bold advertising claims. 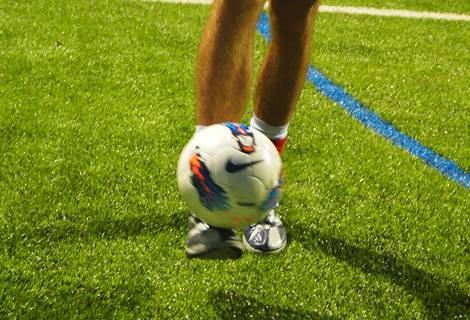 Nike’s dimpled casing on the Nike T90 Seitiro not only gives the ball a more stable flight, but it also gives a satisfying friction when trapping the ball whilst stationary.

I can’t honestly say that it’s something I noticed at speed (no ball in the world could help my touch once I reach my gangly-legged top speed!). However, when you’re stood still and run your foot down the ball to bring it under control, you can really feel the textured casing on the instep of your football boots.

Overall, there’s a satisfying overall feel to the Nike T90 Seitiro whatever the situation on the pitch, with the ball (when fully inflated, of course) having a perfect amount weight behind it when receiving a pass or lofting in a cross. 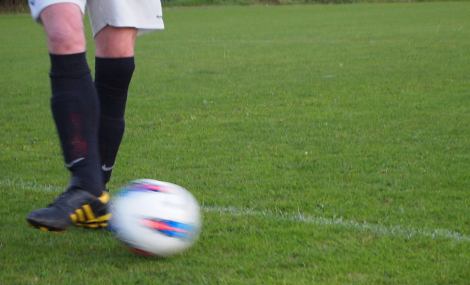 Having taken the Nike T90 Seitiro to training over the past few weeks, there’s been a resounding reaction from my team-mates over how fun the ball is to just line-up and strike.

We’ve lucky enough to have a variety of middle-to-top level footballs to play with on a weekly basis, and Nike’s new official premier League match-ball has swiftly become a favourite amongst our attacking players.

As mentioned in the ‘feel’ section, there’s a really satisfying weight and low amount of rebound to the Nike T90 Seitiro, when connecting well, without it feeling toe-breakingly heavy.

The flight is consistent, it’s easy to keep low when you want to drive and there’s a real amount of forgiveness, the structure of the Seitiro allows for more energy to be transferred across the ball equally, meaning you don’t have to be millimetre-perfect in where your foot hits the ball to get the shot you wanted. 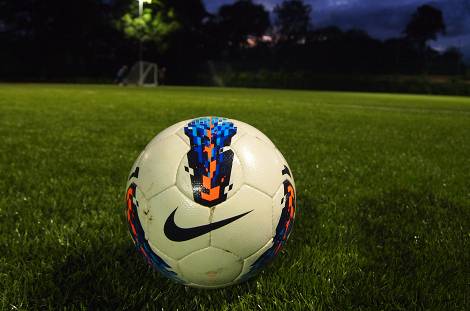 One of the things I’ve loved about the Nike T90 Seitiro is it’s outstanding shape-retention.

Of the month I’ve had it, I’ve only had to pump it up once and it’s not shown the slightest sign of deflation.

Whilst it might not sound spectacular, our Seitiro has taken a heckuva hammering in it’s short life, with at least 4 hours-a-week testing split across both new-generation artificial turf and grass. 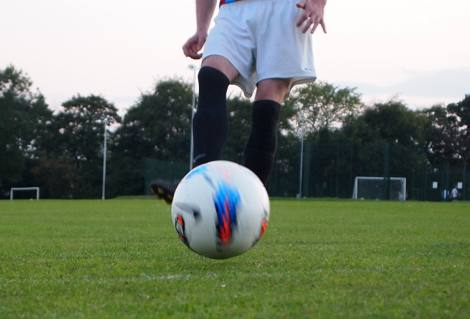 One of the things I wouldn’t normally consider when testing a football, but seeing as Nike make such a big deal of it in the marketing, I thought it worth a look!

The patterning on the top of the ball does make some difference to how well you’re able to judge a ball’s spin when it’s moving, despite how sceptical you might be of such a statement.

As you can see from the photo above, not only does the symmetrical patterning make it easy to judge how much the ball is spinning, the new graphic almost leaves a ‘trail’ to the human eye, making it easier to judge the speed of the spin, too.

I don’t want to sound like a Nike marketing sleeper agent, so what I will say it doesn’t make all the difference in the world – but once you’ve played with a ball with patterning like the Nike T90 Seitiro, you’ll know what I’m getting at in this section. 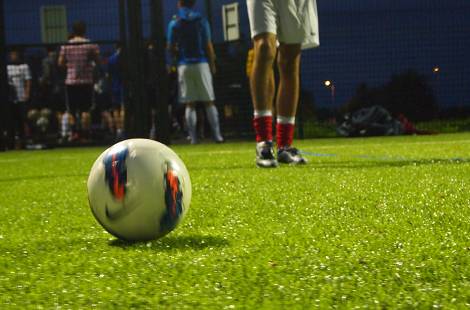 The biggest drawback to the Nike T90 Seitiro is, without question, the pricetag.

If this ball was £40 – or at a push – £50, I’d say go out and get one, or ask for one for Christmas or something. It’s a great, great football that you’ll really enjoy playing with that will last you at least a year of play.

But at £90, it is an investment that truly lies in the eye of the beholder. Does everything I’ve talked about above sound like it’s worth the price-tag to you? Were you planning on treating yourself or your team-mates to a top-tier ball for the next season or so? Then this is the ball for you, no mistake.

The other drawback is the fact that it is a re-skinned Tracer. Whilst the new graphics are one of the coolest features of the Nike T90 Seitiro, you can get everything it offers in terms of technology in a slightly ‘outdated’ package for around £35 cheaper if you buy a Tracer before they get phased out.

The ‘Cons’ section sort of sums everything I wanted to say quite nicely; the Nike T90 Seitiro is the benchmark for ‘Top Tier’ footballs that we’ve tested.

However, the value depends on the person buying it. It is a great football (in terms of looks and performance) that will stand up to the most rigorous of training regimes and will continue to do so for a long time!