Nike have been known to throw some pretty swanky do’s within the footballing industry, and few have been as packed with star-power as the launch of the new Premier League Ball – the Nike T90 Seitiro football.

With James Milner, Alex Song, Lucas Leiva, Jay Spearing and the Da Silva twins in attendance, we couldn’t resist snapping some photos of the day as it unfolded! 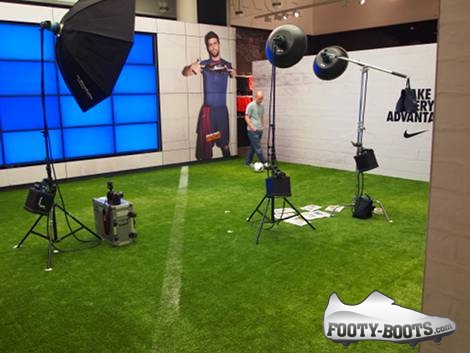 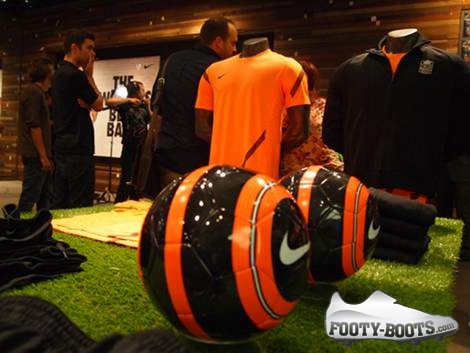 Whilst waiting for the stars to arrive, we took the time to check out some of the new Tiempo training gear – pretty swanky, right? 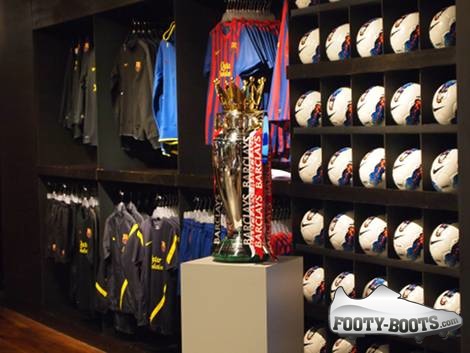 One unexpected special guest was the Premier League trophy! Still decked out in Manchester United livery, we’re sure some of the guests that would be in attendance later would be eager to get their hands on it! 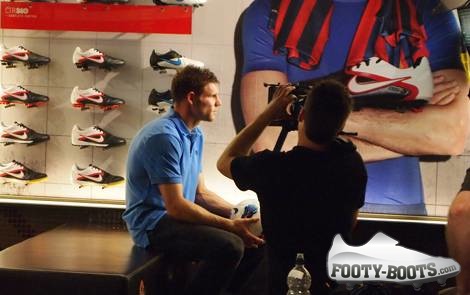 Like Manchester City’s James Milner! The England international was on hand to answer some of Footy-Boots.com’s questions, before going under the spotlight for the Nike cameras. 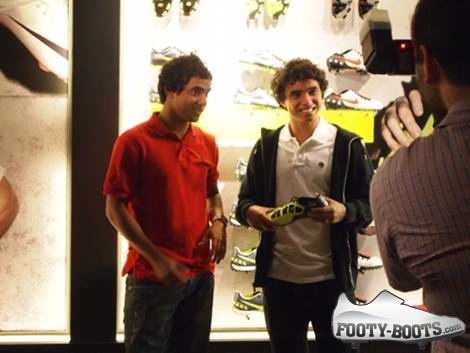 However, two players that will be looking to keep the Premier League trophy at Old Trafford are the Da Silva Twins!

Fabio and Rafael were happy to chat about the new ball for the cameras, before going to check out the latest football boots! 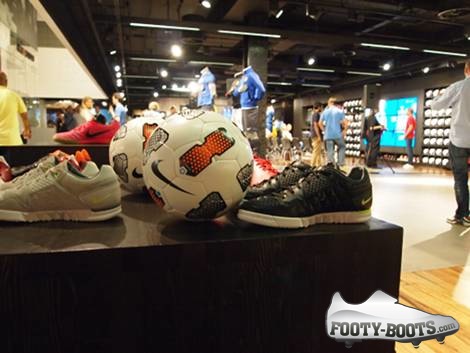 Even though we’re all about football boots – while we were in between interviews, we couldn’t resist checking out the new Nike5 range! Liverpool’s Lucas was conducting an interview in the background, and soon came over to check out the new StreetGato! 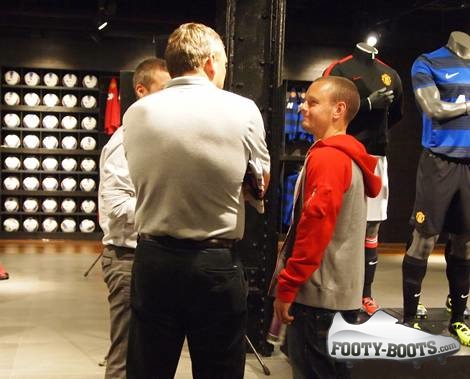 Sticking with Liverpool players, Kop Kid Jay Spearing worked the room like an old pro, taking questions about the new ball and his pre-season under Kenny Dalglish. 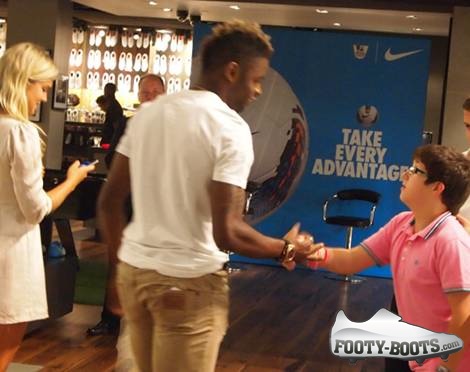 Alex Song was all smiles as he met young fans and competition winners, laughing and joking with the other Arsenal players in attendence… 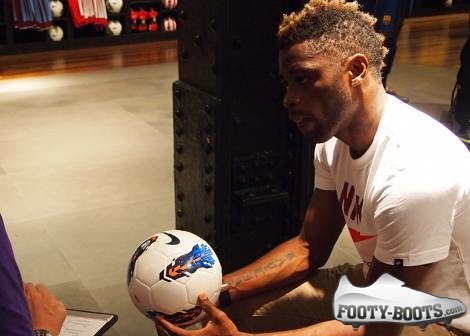 …But the versatile midfielder was quick to get down to business when it came to talking about Footy-Boots.com about the new Nike T90 Seitiro! 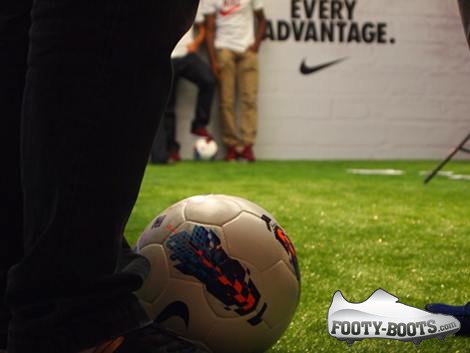 All the Prem stars took to the set for a photo call with ‘The World’s Best Ball’. Despite the star power on show, Nike made sure their new' Nike T90 Seitiro was always centre-stage!

Alex Song was once again at the centre of attention as he got'  his vogue on for the cameras. The Arsenal star was every bit the professional, performing keepie-uppies and tricks for the camera despite opting for some swanky boatshoes rather than football boots!

If you want to see the rest of the snaps from Footy-Boots.com’s time at the launch – be sure to check out our Facebook page – where you can see the new Tiempos and some super-special Barcelona-themed Superfly III’s!