The new Nike T90 Laser IV is set to land later on this month, and it looks like some of Nike’s top stars are readying themselves for the big reveal by breaking in their new football boots a little early.

Thanks again to DDChile for the heads-up! 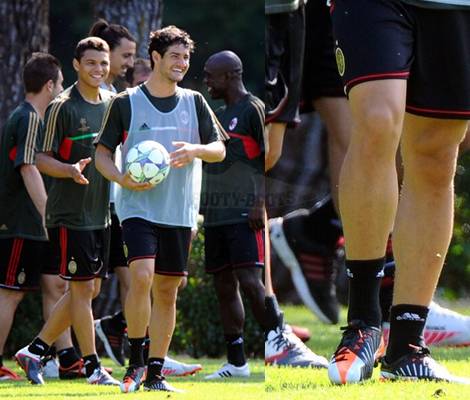 Courtesy on Inter Milan star Wesley Sneijder, we’ve already had a great look at the new' Nike T90 Laser IV ahead of it’s big reveal (though there is plenty we don’t know about them, too!).

So, the big questions now are which stars are going to wear the new Power/Accuracy football boots from the American brand, and who will score the first goals in them.

We know that Nike aren’t afraid to let their top stars pick and choose their football boots, with the likes of Ashley Cole, Patrice Evra and Sergio Ramos all being allowed to change from their old preferred cleats to the new Tiempo Legend IV.

It would seem, then, that Nike are also letting some of their top stars decide whether they want to give their latest football boots a spin in training ahead of the release of the Nike T90 Laser IV.

For instance, Pato has been a long-time advocate of the Mercurial Vapor series, having worn the Superfly for a huge portion of his career.

But if these pictures are anything to go by, the AC Milan star could be switching his football boots in the near future, as he prepared for AC Milan’s Champions League clash with Barcelona tonight in a pair of the new T90’s. 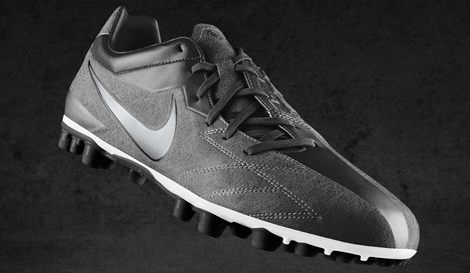 Likewise with Arsenal’s Marouane Chamakh; another player who rose to prominence in the Vapor, but whose latest training session gave us a great look at the new Nike T90 Laser IV.

Could these top Superfly-stars switching silos mean we can expect a boot that meets the demands of the modern ‘speed’ footballer, as well as the T90 benchmark of Power and Accuracy?

Another player who looks to be set to make the switch is Laser IV debutant Wesley Sneijder’s partner-in-crime at Inter Milan, Giampaolo Pazzini. 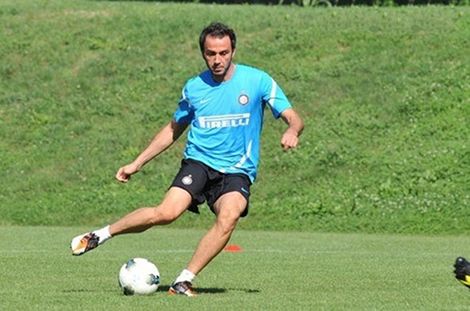 The Italian international has forged his reputation at Milan in the Tiempo Legend football boots, but as a stylish striker, he certainly seems to hit the profile of the sort of player Nike is encouraging to wear their new cleats.

Who else do you think is likely to wear the new Laser IV when it’s released?

Written By
Michael D
More from Michael D
Umbro could look to end their association with the axed England Captain,...
Read More