When a new Nike football boots release is on the horizon, one of the best places to look for hints and clues is the NikeiD service – which has given us a taster of the new Nike T90 Laser IV‘s takedown model – the T90 Strike IV! 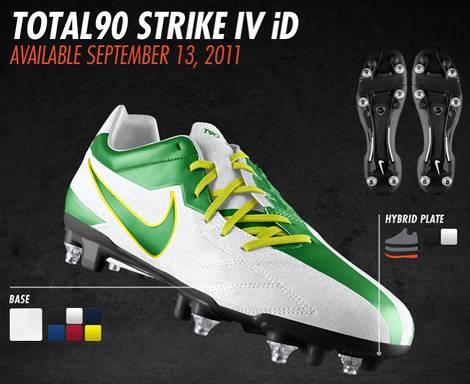 With so much to prepare logistically for allowing people to essentially build their own football boots from the ground up, it makes plenty of sense that Nike need to prepare the NikeiD service for a new launch well in advance of just about anything else.

As proven with previous launches like the Superfly III and Tiempo Legend IV, the bespoke football boots design service has once again given us a great preview of what we can expect from the upcoming Nike T90 Laser IV.

In this instance, it seems that only the takedown model of the’ Nike T90 Laser IV, the T90 Strive IV, will be available around the Laser’s launch later this month.

But that sheer amount of images have given us a great look at the design and features of Nike’s latest football boots. 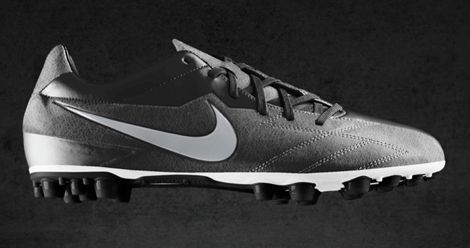 For starters, the boot has a much more lethal, angular look to it’s design than the wide-fitting Laser III’s, perhaps suggesting that a more narrow soleplate similar to the CTR360 will be used on this model.

There also looks to be a a lot less going on with the upper of the Nike T90 Strike IV than it’s current counterpart, which would definitely imply that Nike are following up on their promise to ‘reassess’ the weight on their signature Power/Accuracy football boots. 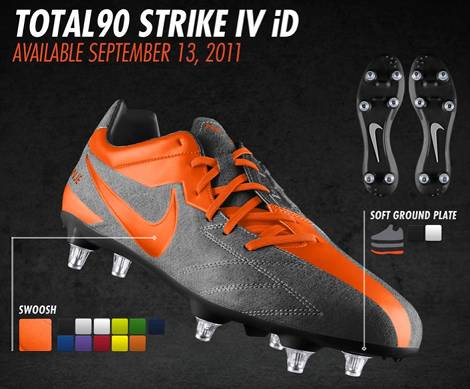 Doing away with comparison’s to it’s predecessor for the the time being, we think the’ Nike T90 Laser IV look to be shaping up well if the new Strikes are anything to go by.

The separate tongue is always a welcome sight on any pair of football boots, the new shot-shield looks suitably aggressive (though much more low-profile this time out), the new FG plate looks solid enough, and the stripe down the middle of the boot is a quality aesthetic touch (though does it look a bit ‘Zhero Gravity’ on the White/Blue model to anyone else?). 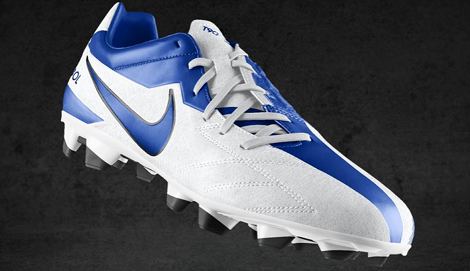 Perhaps most importantly, it gives us a date.

If September 13th is the date that Nike have lined up to launch the new Strike IV on Nike iD, then it’s safe to say we can start to expect some official news and images from the Big ‘N’ on the’ Nike T90 Laser IV around then, too.

What do you think to the new Strike IV?

Exactly what you expected?