One of the longest sporting sponsorship partnerships in history has come to an end today as the IOC (International Olympic Committee) has announced a new agreement with Nike. 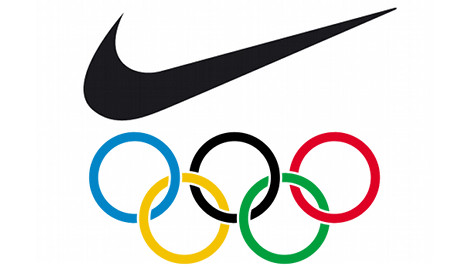 Speaking at the revealing of the partnership' Timo Lumme, Managing Director, IOC Television and Marketing, said Ĺ›We are delighted that we have reached this agreement with Nike, the world's leading sports and fitness company, and we feel that this relationship will be a great fit for the IOC.ĹĄ

The new agreement will see Nike take the reigns from current suppliers adidas in January 2013, until the contract comes up for renewal at the end of 2016 – encompassing the ' 2014 Sochi Winter Olympic games and the 2016 Olympic Games in Rio.

Ĺ›We're honoured to be working with the IOC and we look forward to this being the start of a long and successful relationshipĹĄ, commented Nike Brand President Charlie Denson.

For anyone that knows the history of adidas and the IOC, this is a titanic development – described by some as a ‘cartel’ adidas and the IOC have been thick-as-thieves since the 80’s, when Horst Dassler infamously proclaimed Ĺ›You, the IOC, own the most valuable and sought after property in the world. Yet the Olympic rings are the most unexploited trademark in existence. No major corporation in the world would tolerate such a situation.ĹĄ

From there, adidas introduced the concept of tiered partnership to the IOC, with adidas remaining ‘Tier 1′ partners for almost three decades – until, now as Nike look to replace them.

Though since 2004, adidas’ nose may have been left out of joint by the IOC’s decision to limit the three-stripe design the brand is famous for. Following a lobby by Nike and Puma, the IOC were left with little choice but to insist that adidas leave their iconic stripes off of future staff and official designs – as they gave an unfair amount of exposure to the adidas brand.

That imposition – which is why the Team GB and Olympic Gamesmaker uniforms were stripe-less at London 2012 – will likely have left adidas feeling that they were now getting less value for money. If adidas were hoping that stalling on negotiations or pushing for a fixed or reduced fee now they weren’t getting as much exposure, then they were always running the risk of arch rivals Nike stealing their oppositions prize from under their nose – especially after the success of the 2012 Games.

Written By
Kyle Elliot
More from Kyle Elliot
After stirring up all kind of interest, we applaud the motive and...
Read More