Despite not being available on European or America shores, one of the most talked-about boots within the Footy-Boots.com community is the Nike Super Ligera II.

An Asia-exclusive cleat, we thought we’d show it some love with this extraordinary White / Gold / Rainbow colourway. 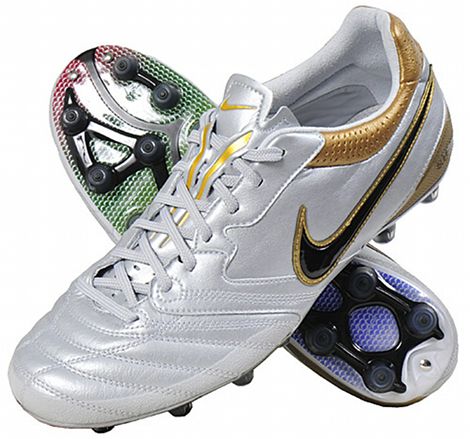 After the original Super Ligera achieved something of a ‘cult status’ amongst boot fans in the Western world, we’ve always kept one eye on the Far East to see what this Tiempo-esque boot was up to in terms of colourways.

Earlier this year, we featured the limited edition Pink colourway as part of our ‘2012: Year of the Pink Boots‘ piece, but we thought these beauties deserved a piece all of their own. 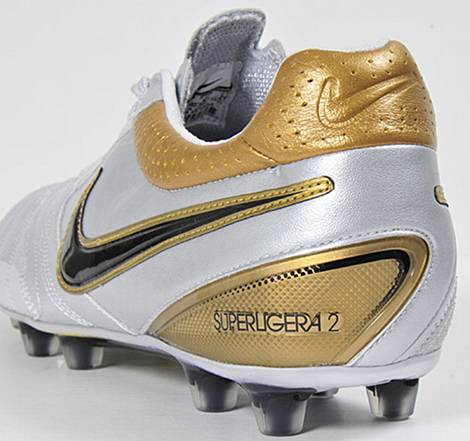 Whilst we’ve seen Nike happily experiment with how to use colours on their footwear (case in point: the new Clash Collection) we haven’t see them create such a bold soleplate design as seen here in a long time.

Using koi carp-like scales, Nike have created a rainbow effect that runs across the whole soleplate, and teamed it with a super-classy White / Gold upper to create a standout effect. 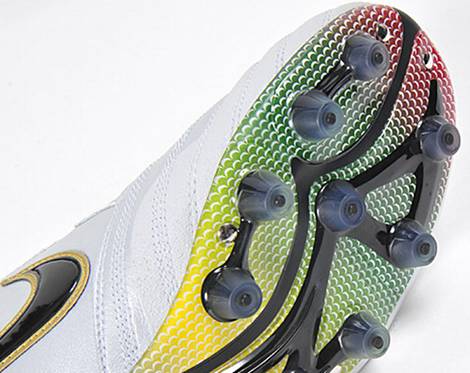 Whilst we’d certainly love to see Nike bring the rainbow-soled Nike Super Ligera II as a limited release to the UK and US, we certainly doubt we’ll see these specially-crafted cleats any time soon.

Designed with special stud system and reinforced toe area, the Super Ligera II are perfect for the hard-ground and turf pitches used in Japan – so Nike have no reason to make them available over here, with four world-class boots already on offer.

What do you think to this colourway?

Let us know in the comments, or hit up the boot-o-meter!