All games in this weekend’s Barclays Premier League will be played with a special edition (NIKE) RED ball to raise awareness of the (NIKE) RED ‘Lace Up. Save Lives’ partnership to help fight HIV/AIDS in Africa.'

To support the initiative, Nike have released a series of Limited Edition Red products. Read on to see the Nike Red Ascente Ball, the Nike RED N98 Jacket and of course the Nike Red Laces.

Nike’s partnership with AIDS awareness charity PRODUCT (RED) seems to have been going from strength-to-strength this past few months. 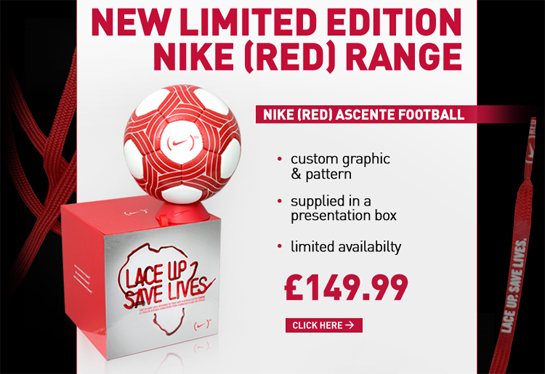 Since the initial launch of the ‘Lace up. Save Lives’ campaign, Nike have had the likes of Didier Drogba, Clint Dempsey and Andrey Arsharvin appear in promo’s for the initiative, all their top players all wearing' (RED) laces and even turned the nets at the Emirates Stadium' (RED) for the Arsenal vs. Manchester United game!

But now, in a move that no one thought would happen – The Premier League, Serie A and La Liga will be playing with the Limited Edition Nike (RED) Ascente Ball!

For one weekend only, the three biggest leagues in Europe will use the Nike (RED) Ascente Ball, (A special edition re-colouring of the T90 Ascente) to demonstrate Europe’s united front in the fight against AIDS.

The N98 Jacket design takes off from the d'©but Brazilian team kit by Nike, tapping the classic zip-front track jacket’s deep heritage as a true icon of sport style. 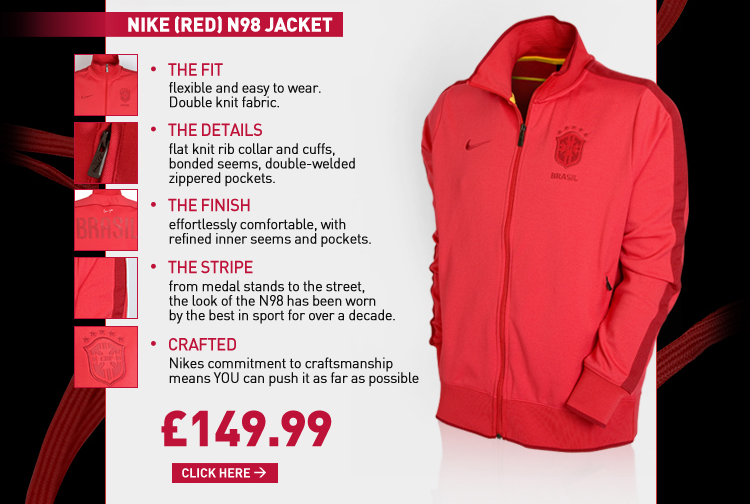 The RED laces have already been featured by a host of footballers globally and are perhaps the easiest way for you to get involved in the campaign and to show your support. 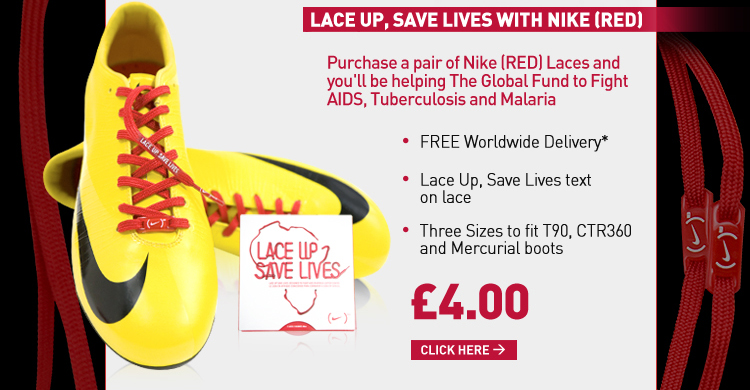 What do you think of the Nike (RED) range? Or the Nike Red Campaign in general? Leave us a comment below!Why not follow us on Twitter for more up to the minute football boots news?

Written By
Felipe
More from Felipe
Apparently, all the Mercurial Vapor Superfly can't do is wake you up...
Read More