After the initial reveal of the Nike Ordem as the official ball of Nike federations back in December, it’s new status as official match ball of the English Premier League, Serie A and La Liga has been officially confirmed.

As with previous generations of Nike match ball, the Nike Ordem will boast a unique colour scheme for each league, and here we’re focusing on the Premier League Match Ball 2014-15 edition.

Boasting a tonal blue design flecked with Nike’s now-signature Volt and Gold this is a standout ball design that is not only visually exciting, but technically, too.

After a steady few years, Nike are finally shaking up more than just the graphics with new panels, layering and design – all of which have remained consistent through the Ascente – Tracer – Seitiro – Maxim – Incyte generations of the last five seasons. 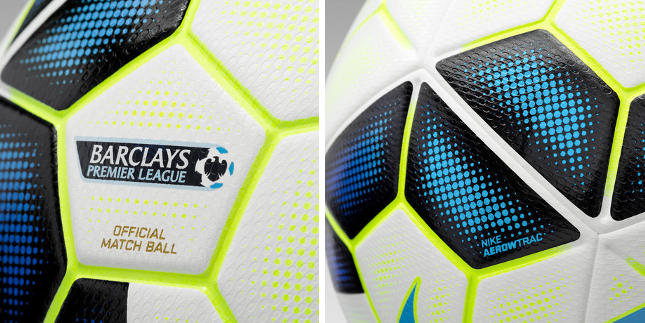 The Nike Ordem ball is designed and engineered for a highly sensitive feel and explosive response off the foot. The ball consists of 12 fuse-welded panels in a three-layer casing system, and a poly-blend wrapped, free-floating carbon latex bladder.

The surface of the Nike Ordem is emblazoned with Nike’s RaDaR (Rapid Decision and Response) technology. This is a graphic pattern, unique to each league, which creates a flickering effect as the ball rotates. RaDaR makes it easier for players to see the ball in their peripheral vision, allowing for faster reactions and decision-making. 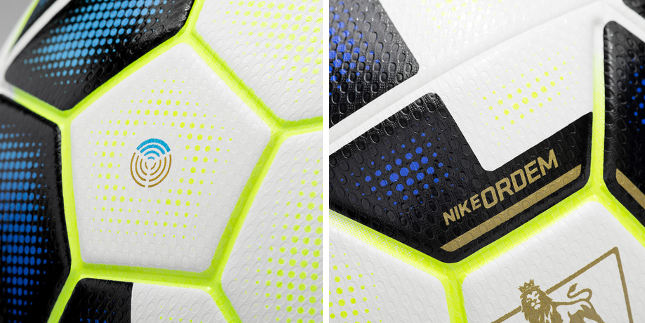 All in all, a massive overhaul to the Premier League ball – and one we’re excited to see hit the pitch.

After a few months using an Ordem ourselves, the consistency of the flight on Nike’s latest match-ball is outstanding, and the ball continues the Nike tradition of a soft feel that’s appreciated by ‘keepers and outfield players alike – rather than the plastic-y ‘ping’ of some other balls.

Written By
Kyle Elliot
More from Kyle Elliot
A De Jong boot-to-the-chest is nothing if it means you get to...
Read More