It’s always nice to see someone off before they go on a long trip, but sometimes things get in the way; work, too far to the airport, and so on.

However, when Nike rang us and asked if we’d like to go to a secret location to see off England Captain Rio Ferdinand as part of his last interview before stepping on the plane to South Africa yesterday – there was nothing that was going to stop us!

To get the Manchester United centre-half’s thoughts on everything from England’s progress under Capello to his words to those players who didn’t make the cut, read on!

The team morale is really good. I think in periods when you™re together for blocks of days like we have been, you get to know each other better. And the training has been really good, we™ve had two games, two tough games, and we™ve learned a lot from them games. So, hopefully it all bodes well for the tournament.

Rio on… Training so far

We hope that the training we have done will put us in good stead. I think that training in the altitude that we trained at was difficult at first, the air is much thinner, the ball moves different. So it can make things feel a bit different, but hopefully we™re used to it now. And we™re going to be over in South Africa for a good few days before the tournament starts. And hopefully we can get acclimatised and hopefully we will be alright for when the tournament starts. 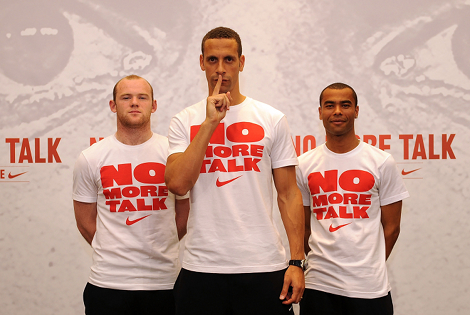 Rio on… The Friendlies

It™s nice to get the cobwebs out before the tournament starts. In previous tournaments we have gone into the games winning 6-0 against Jamaica and teams that haven™t qualified. These two teams have qualified for the championship and we™ve beaten both. Not played particularly well, but we™ve done the job in hand. We know, as I said, performance-wise we™ve much to improve on. But we™re working towards that.

Rio on… Being the Captain

To go to any World Cup is a great achievement but to go there as Captain is an honour in itself. Once we get out there and lead the team out for that first game it will be a very proud moment for myself, my family and anybody else connected with me. But the most important thing is the team and as long as the team play well, it doesn™t really matter who™s Captain: as long as we go out there and win, I™ll be a happy man.

Rio on… The Competition 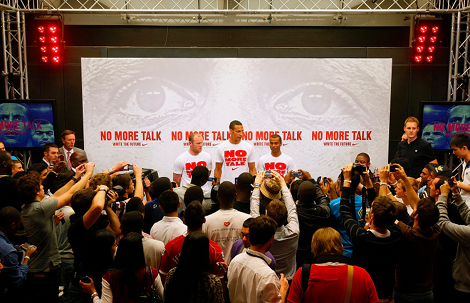 Rio on… The Fans

We understand as players that the fans are going to be going crazy back here. The emotions of the World Cup tournament will kick in once we get out there and they see us get on the plane and leave and it kind of œups the ante a little bit. Like I said, this manager, this management that we™ve got, they™ve been good at keeping us out of the spotlight and away from the crazy furore that goes on.

Obviously as with the campaign, there™s no more talk now. It™s about going out there and performing, and that™s what we intend to do. We™ll give it our 100 per cent best efforts, go out there, get the trophy, and bring it back to the fans.

Rio on… The players who didn’t make the cut

I missed out on the 2000 European Championships, the manager didn™t pick me, I was devastated just like the lads will be now who haven™t been picked. But I re-evaluated my game, was I being professional enough, was I focussing on football 100% all of the time, was I training as well as I could do, was I working as hard as I could do on certain aspects of my game.

I looked at everything, went away in the summer, started pre-season early, and trained harder and then, as I said, it kind of¦ I got better from thereon really and my luck kind of changed. If you work hard then you get the luck and I™m sure that these guys “ they™re professional and they all work hard and stuff and I™m sure that next season they™ll come back fighting and stronger.

So there you have it – seems the Captain has plenty to say and plenty on his mind – but as Nike have said:

Literally no more than 8 hours after the interview concluded, Rio joined Fabio Capello, Wayne Rooney and the rest of the England squad on the plane to South Africa, looking to bring World Cup glory to England!

Written By
Kyle Elliot
More from Kyle Elliot
Gerard Pique talks to us about the the past 12 months of...
Read More