Neymar Jr recalls wearing Nike Mercurials as a child, looking back at the great memories shared with himself and his family on the pitch.

One of the worlds most exciting, talented players gets his very own pair of Nike Mercurials. The pride he feels is evident as Neymar describes having his story on his Mercurial boots as “like a Dream” 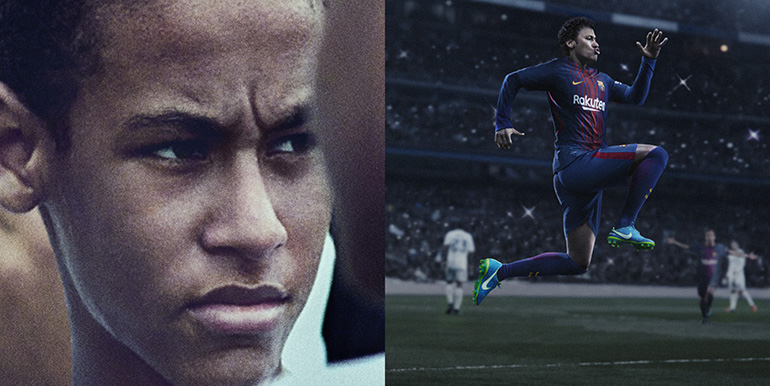 The Neymar Jr. “Written In The Stars” Mercurial shares the players incredible story from a young boy to actively fulfilling his destiny. Neymar Jr. always showed his promise, even from such an early age the lad was tipped for greatness. Having embraced all the pressure as a child through to the player he is today, Neymar Jr. has definitely made his family and country proud.

Growing up in Brasil, football is everything,” says Neymar Jr. “I am very proud of my country and I hope they are proud of me too. 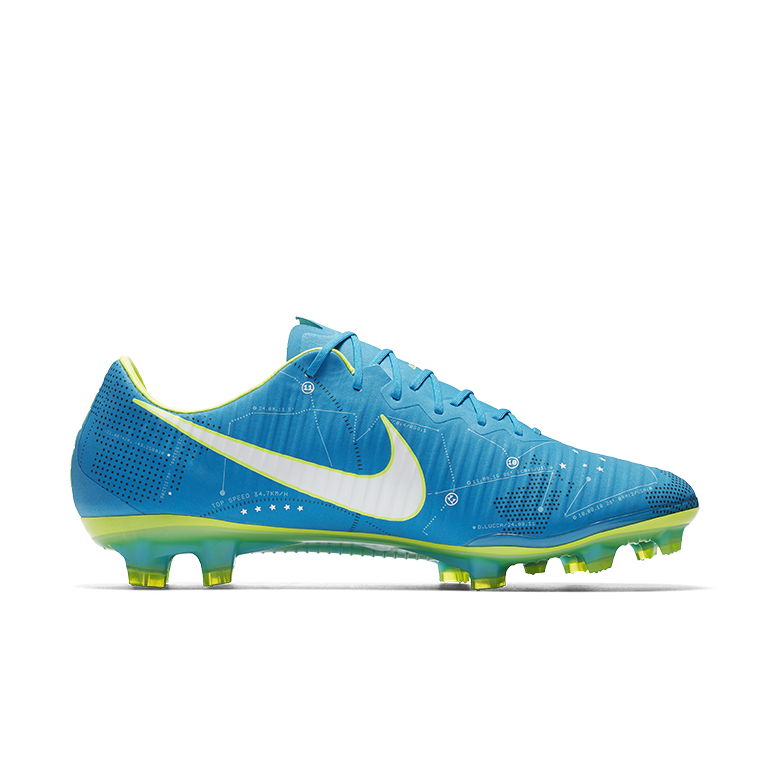 The colours are taken from Brasil flag, amplified to a very vibrant Blue Orbit and Volt, with the Southern Cross constellation graphic subtly design across the boots. The boot holds special tributes to Neymar Jr, with Nike adding his debut goal as a member of the Brasil National Team, against the United States on August 10, 2010, when he was just 18 years old. Neymar’s first goal against Real Madrid on October 26, 2013 and his goal in the 2015 Champions League Final also proudly feature. More highlights come from last summers triumph in the Olympics, with Nike adding a reference to the Marcana Stadium. 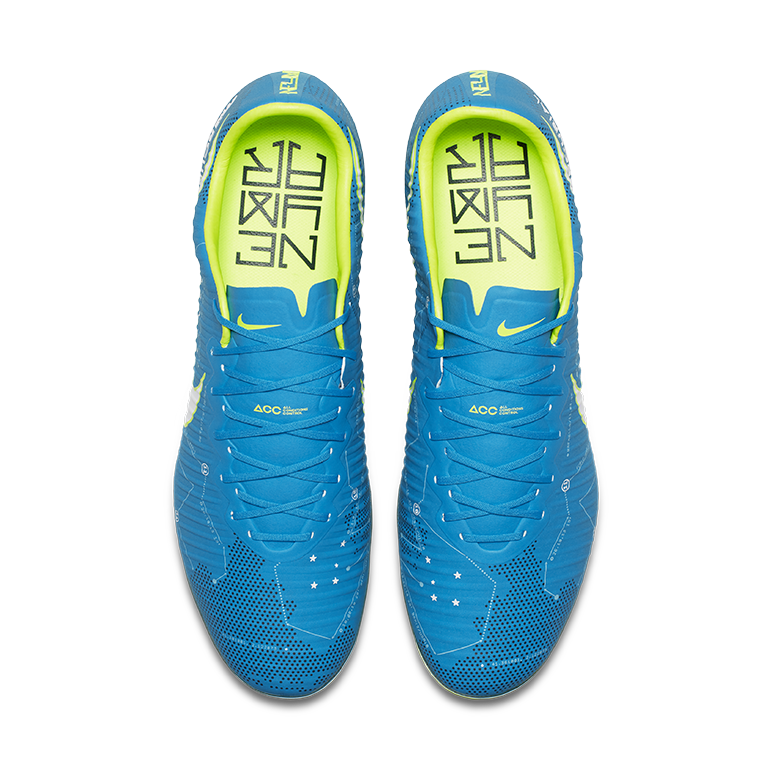 No wait, it doesn’t stop there! Nike have made sure they pay every important tribute, with Neymar’s family also being included on the boots. References to the birthdate of his little sister, Rafaella, features on the boot in the date 11.03.96. His son, David Lucca hasn’t been missed either, with his birth date, 24.08.11 also featuring. A lot of tribute to the Brazilian star and with the way things are goin for his glittering career, his next boots will be covered in full with tributes and references!

Written By
Josharkon
More from Josharkon
Two of the most important factors meet in the new Nike Mercurial...
Read More