Nike are going big into the small-sided game for 2015 with the arrival of the all-new FootballX series of shoes for indoor and astroturf.

After numerous re-brands such as T-5, Nike5 and FC247, Nike will be hoping it’s a case of X Marks the Spot with their latest collection of shoes for the small-sided game

Based off of the Nike Magista and Mercurial Superfly, Nike will be hoping that the new FootballX shoes bring along some of the hype and incredible performance of their 11-a-side counterparts.

And that certainly seems to be the case, given the immediately positive first impression we get when taking a look at the new Nike MercurialX out of the box.

The construction will largely be familiar to anyone who’s done their homework on the Superfly IV or indeed the very, very similar Elastico Superfly, but just in case, here’s the way Nike’s Flyknit for football shoes work.

The base layer for the upper is Nike Flyknit, a knitted yarn chosen for being able to fit like a sock and bring the foot closer to the ball. Not only fitting like a sock, Nike designed it look like one too, culminating in the dynamic fit collar that provides additional support to the lower leg. 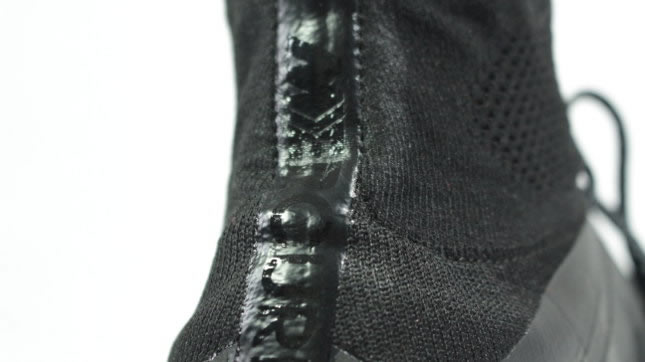 On the inside of the shoe, you’ll find some additional padding in the heel and a soft-touch liner in the toe cap, but it’s on the outside where things really start getting interesting.

Brio cables add suspension bridge style support by working with the lacing system to lock the foot into the soleplate and heel.

Layered on top of that is NikeSkin – a synthetic material introduced on the Hypervenom Phantom in 2013 that offers friction and feel on the ball, whilst being flexible enough to let the Flyknit do it’s thing. 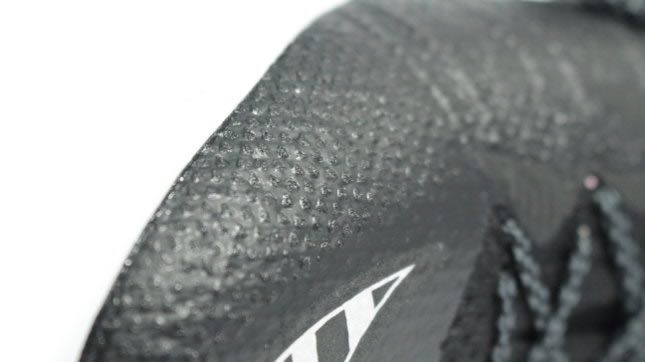 There’s a little confusion about the FootballX shoes choice of materials, with some retailers saying these shows have a premium leather overlay – however, the manufacturing sticker doesn’t say there is any on the MercurialX, however there is the new MagistaX, which is likely where the confusion has arisen.

Sticking with that upper construction for a second, Nike have largely kept the design the same as the Elastico Superfly in terms of the layout of the materials, however there is a little bit of change in the design of the heel, making it a little more forgiving there.

One entirely new addition is the inclusion of Nike GRIND rubber in the forefoot. This aggressive-feeling added texture around the big toe and instep gives an added sense of confidence on the ball, whilst also adding another layer of abrasion resistance. 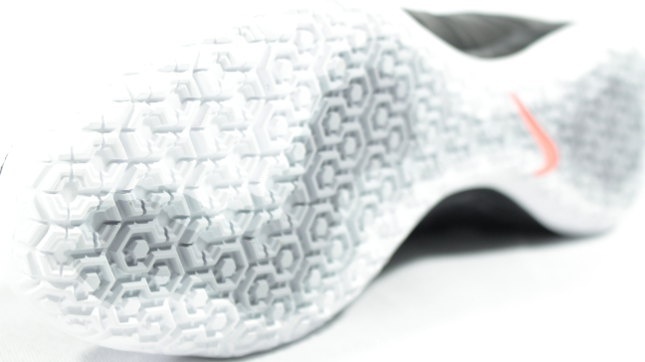 A similar level of durability is promised to the outsole, too, with Nike including a non-marking rubber traction system for use in indoor competition or on the street.

This largely hexagonal design was introduced last year, and seems to have garnered some good feedback so far, so it’s inclusion is definitely a plus point – however, this time out Nike have amped up the Phylon cushioning for a more comfortable ride in the heel.

Nike are launching FootballX under the banner of Remix The Game, and the MercurialX certainly feel like a new take on a familiar favourite.

Every bit the performance shoe that the Superfly IV is, the Nike MercurialX is an uncompromising bit of footwear for players who demand the same from their off-field gear as they do when they’re playing full-sized.

Written By
Kyle Elliot
More from Kyle Elliot
adidas give the new F50's an ice-cold new look as we see...
Read More