Completing the new-look Mercurial range are the new Mercurial Victory II football boots. How do the fifth-tier take-down model stack up against their more expensive stablemates? Find out here! 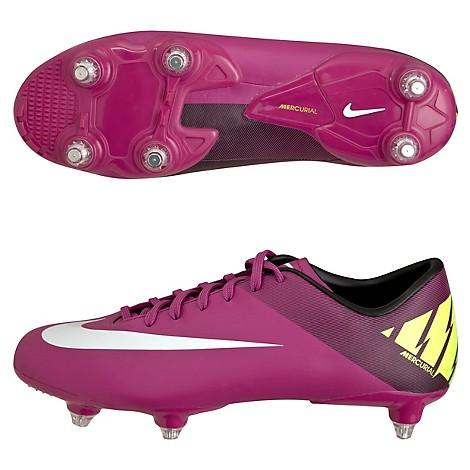 As the cheapest boot in the new Mercurial line up, the Mercurial Victory II is bound to be a popular pair of football boots for players that are after a solid, affordable pair of cleats that still offer the look and feel of a Nike speed boot.

It’s just as well, then, that Nike have made sure that players are still getting some bang for their buck, by giving the Mercurial Victory II a good list of features, to compare with some of the more expensive cleats in the range.

Starting from the top of the boot, the upper of the boot – the Mercurial Victory II is the only boot in the Mercurial range not to include a Teijin-engineered synthetic leather upper. Instead, it features a more cost-effective synthetic produced in-house by Nike. Not to say that it’s rubbish, mind you!

Nike say that their synthetic upper is comfortable, lightweight and offers great feel for the ball. As well as being soft and supple, the synthetic also features the same brushed finish, giving better ball control by increasing friction between the foot and the ball.

Like it’s bigger brother – the Glide II – the Mercurial Victory II is built on the ‘Speed Last’, meaning it differs in shape slightly to the Superfly III, Vapor VII and Miracle II.

Despite this change, the ‘Speed Last’ is anatomically-correct, offering a snug fit. Which, when coupled with the contoured EVA sockliner, gives the wearer an added level of comfort when moving at speed. 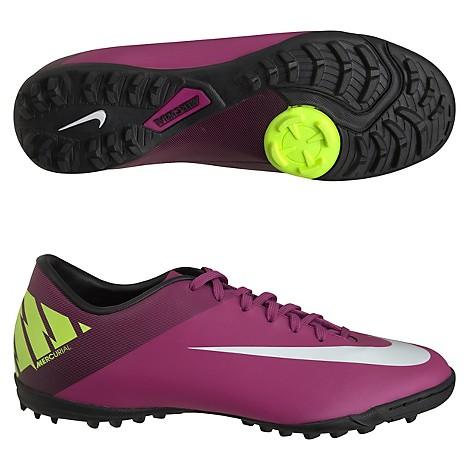 The Mercurial Victory II comes in a variety of soleplates; the FG model uses the same multi-directional stud system as the Vapor VII, and both the SG & FG models use a two-piece outsole that reduces weight and increases flexibility.

The models that we think will sell the most, though, are the astroturf and indoor models. As the only football boots in the Mercurial range to feature an ‘indoor’ outsole, Nike have very cleverly given the Mercurial Victory II a unique selling point that will appeal to a significant portion of players.