Eden Hazard was presented with a unique, customised pair of Mercurial Vapor X football boots to see out the final game of the Premier League season. 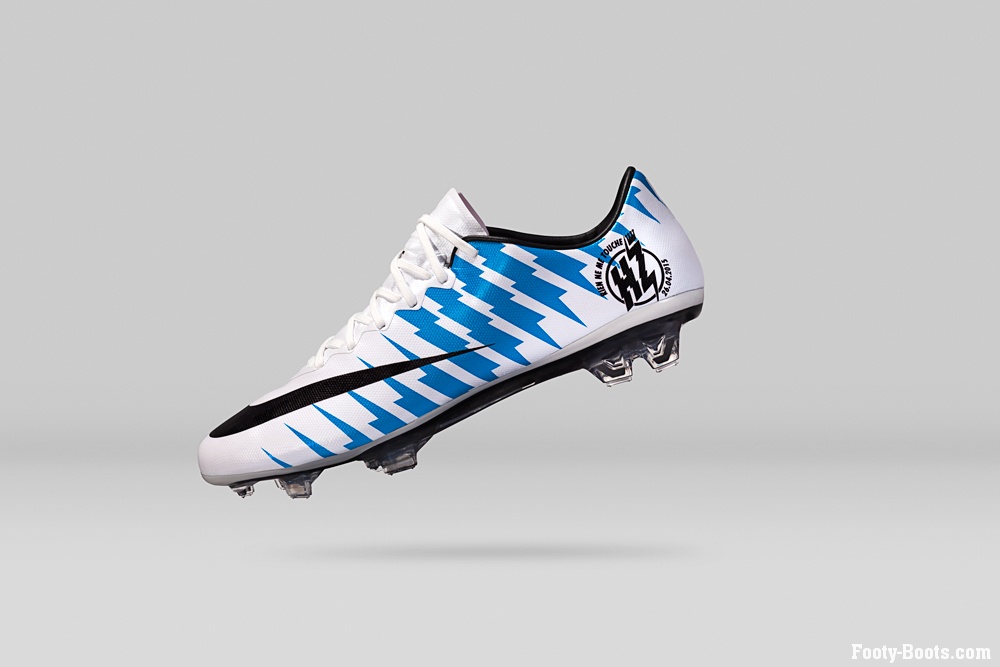 Chelsea’s stand out player of the season Eden Hazard was presented with a new pair of Mercurial Vapor X boots to celebrate Chelsea’s Premier League title victory against Sunderland at Stamford Bridge on Sunday.

The Belgian international has been in fine form throughout the season and won not only his first Barclays Premier League title, but also a pair of prestigious individual awards. 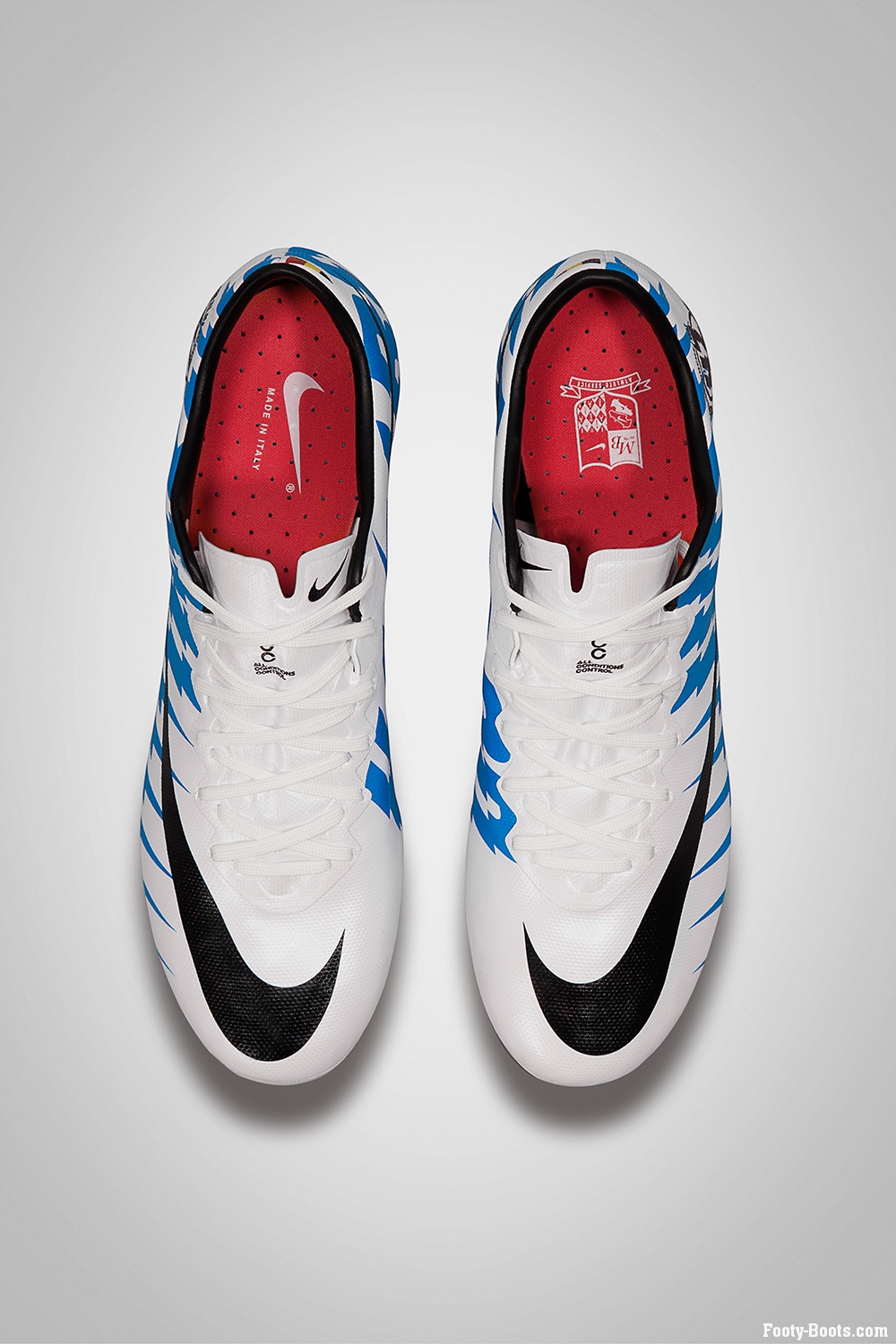 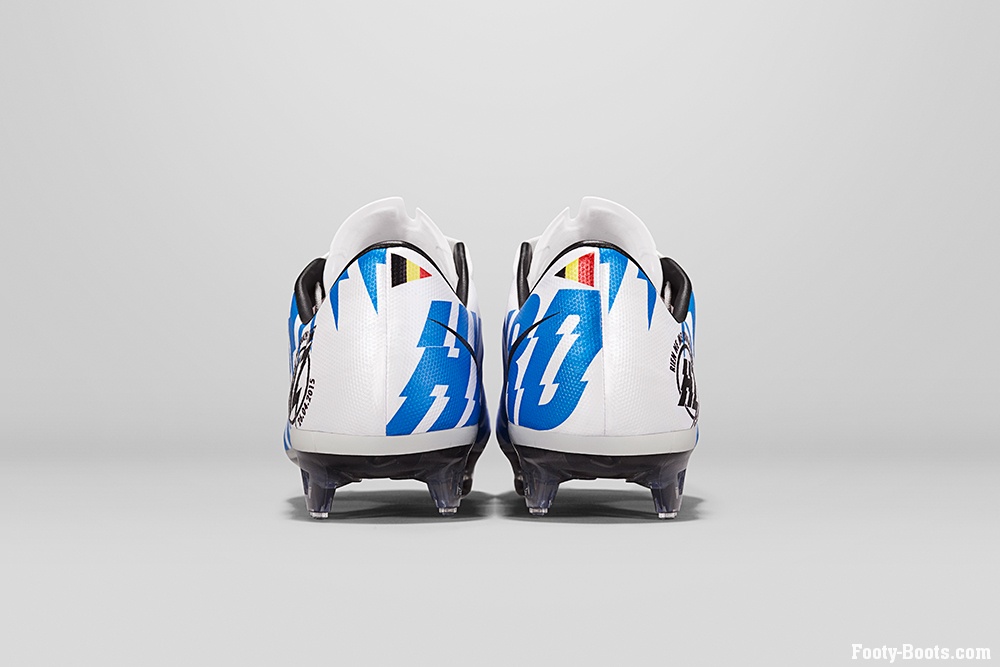 On the medial side of each boot’s upper the lightening bolts spell “Hazard.” The additional detailing makes this Mercurial Vapor X a boot that encapsulates Hazard’s personal story, style of play and accomplishments.

“Rien ne me touche” runs around the top of the crest. Translated as “Nothing can touch me”, the motto epitomizes Hazard’s confidence, adventure and attacking enterprise that have lit up the Barclays Premier League this season.

Only one pair of these customised Mercurial Vapor X’s have been made, which is a shame as we think they look great.

Written By
Ramsay
More from Ramsay
Blatter expects to have technology by 2012 to implement ready for the...
Read More