Nike. The name alone conjours up memories and images of some of the greatest ads and virals in history: Brazil’s Airport ’98, Ronaldinho’s Impossible Volleys, Ronaldo vs. a Bugatti Veyron.

So, we were rightly hyped to see who got the starring role in the ad for the new Mercurial Vapor VIII. 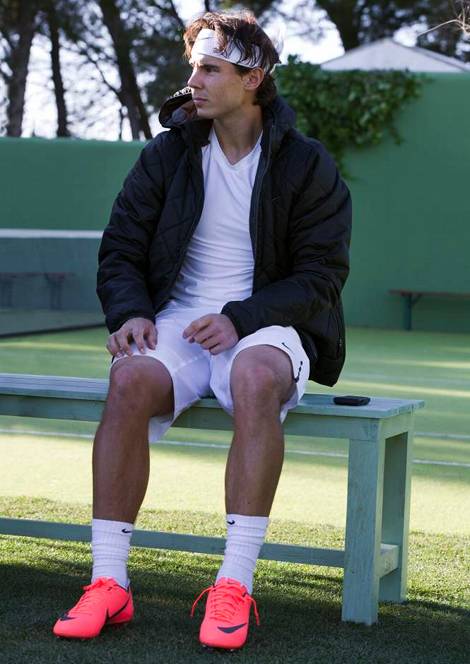 But Nike seem to have gone for the unexpected choice of having Tennis star Rafa Nadal centre-stage (centre court?) for their latest viral for the Vapor VIII.

As this is only a tease, mind there’s plenty we don’t know what’s going to happen just yet!

The video below shows the two-time Wimbledon Men’s singles champ firing off some ferocious serves at a Spanish country club.

Meanwhile, a ‘mystery’ opponent arrives in a Lamborghini to challenge the former World #1 – presumably to a battle of explosive speed.

But how will the two face off?

We’ll have all the answers on Friday as the Viral launches alongside the new Mercurial VIII – and it’s worth sticking around for, Nike have assured us that this one’s a ‘Blockbuster’!

Any ideas how this one’s going to go down?

Written By
Kyle Elliot
More from Kyle Elliot
Grab yourself one of 32 spots open to train at Spurs Lodge...
Read More