A year after their last bespoke design for Real Madrid superstar Cristiano Ronaldo, Nike roll out something special one again for one of the best footballers on the planet – the Nike Mercurial Vapor VIII CR.

Officially designated as Black / White / Coin Gold, it’s fair to say there’s a lot more going on on these football boots than just those three colours!

For starters, the overall layout of the boot differs greatly to anything we’ve seen on a Nike Mercurial Vapor of late. Whilst more recent designs have boasted the famous swoosh on the toe, Cristiano Ronaldo’s newest design has symmetrical swooshes on both the instep and outstep.

Whilst larger than the branding on classic Vapors like the I, II & III, the Nike Mercurial Vapor VIII CR‘s layout is definitely a nod towards Nike’s history of great sneaker design. 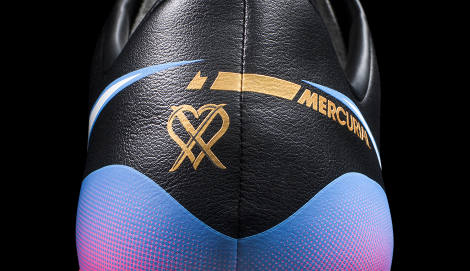 One talking point for many is the introduction of a new logo for Ronaldo’s range for Nike. Whilst the last multi-striped design had a ‘layered’ number 7 (Ronaldo’s preferred shirt number for club and country), Nike have whipped up a bold new graphic for this year.

The gold graphic logo on the boot features a heart (representing a love of winning) overlaid with an X (representing a hatred of losing), to reflect CR's philosophy on and off pitch. 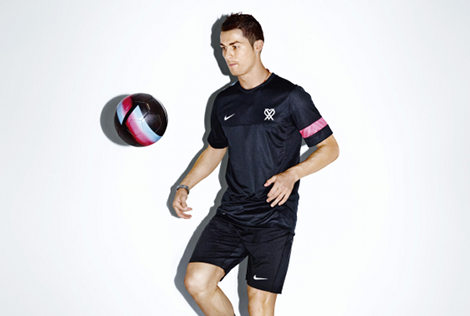 Taking the aesthetic of a classic black and white boot and infusing it with a modern fade of blue and pink will not only help Cristiano Ronaldo stand out on the pitch, it’s also a theme you’ll see on Ronaldo’s new clothing collection for Nike.

Other than the distinctive colourway and layout of the branding on the boot, these are the same Vapor VIII‘s we’ve come to love since their launch earlier this year. 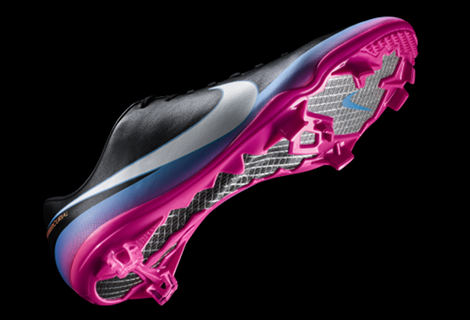 A tightly contoured last locks the foot into the shoe for a track-shoe-like fit, eliminating unnecessary movement in the foot, whilst the softer heel area enhances comfort and cuts down on the blistering that has troubled the Vapors for many iterations.

The Teijin Microfiber upper has a sleek close fit, achieved by making the material around the toe softer and more comfortable for a seamless touch. The ' Nike Mercurial Vapor VIII CR' also combines Nike’s ACC technology with a Teijin upper that has more leather-like properties.

A thinner and stronger construction reduces the weight of the boot to 185g — just right for a combination of speed, with optimal levels of support and durability. 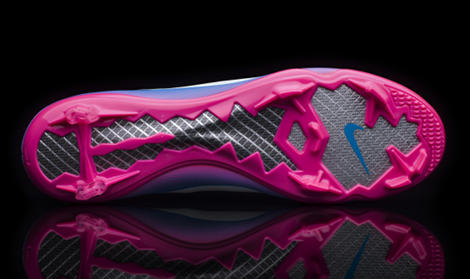 Traction is everything when the final goal is explosive speed: Two twin studs at the back allow for a quick release from the turf and the asymmetric design of the stud configuration delivers an explosive start.

Visually, the pink plate design provides a striking contrast to the classic black and white upper with pink fading to blue around the sole of the boot.

NIKE MERCURIAL VAPOR VIII CR, 8.9 out of 10 based on 163 ratings https://www.footy-boots.com/wp-content/uploads/2012/11/nike-mercurial-vapor-viii-cr-featured.jpg

Written By
Kyle Elliot
More from Kyle Elliot
Staffer Kyle looks at the advantages of the selling boots as a...
Read More