In the summer of 2010, Cristiano Ronaldo stepped onto the pitch in South Africa in the Mercurial Superfly II, and this weekend he’ll start wearing a new Nike Mercurial Vapor IX that pays tribute to that boot from four years ago.

The Nike Mercurial Vapor IX – Fast Forward 2010 edition brings back the ‘Elite Series’ colourway from the fan-favourite World Cup 2010 pack back to life for one more run-out on the Vapor IX. 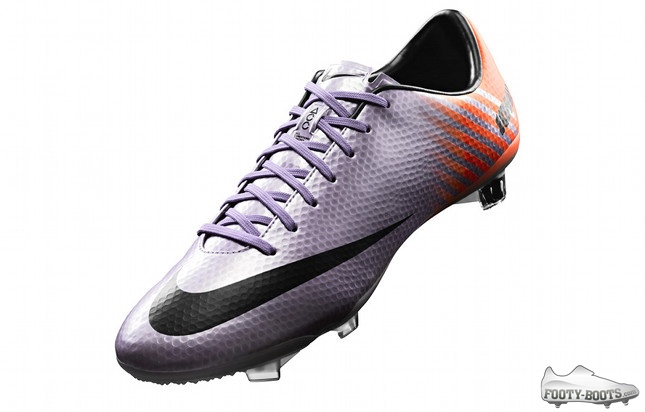 The high-contrast colors of Metallic Mach Purple and Total Orange were engineered together for enhanced visibility, enabling players to quickly spot teammates and execute a game-changing pass.

Subtle graphic references and colors combine with modern materials and technology to celebrate the boot's legacy of speed while commemorating the summer of 2010.

Cristiano Ronaldo will take to the pitch in this updated Nike Mercurial Vapor IX – Fast Forward 2010' from March 23 and you can pick up a pair from today.

Will you be completing your Fast Forward collection?

Written By
Kyle Elliot
More from Kyle Elliot
Nike celebrate the launch of their latest speed boot with a design...
Read More