It’s January, and whilst we’ve all been hotly anticipating the launch of the latest in the Mercurial Vapor range – the' Nike Mercurial Vapor IX – we never thought Nike would launch it like this… 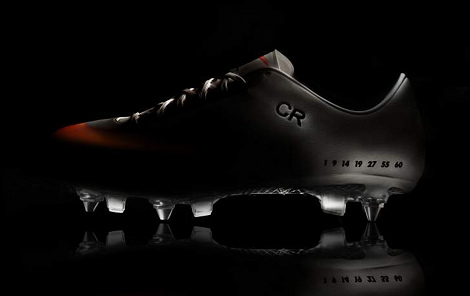 As top players across the globe are ready and waiting to break out their new boots (some a little too on the eager side, we’re looking at you Modric and Buttner…) Nike have decided to tease the latest in in their legendary line of speed football boots with some incredible imagery of a bespoke pair for Cristiano Ronaldo.

Obviously not keen on giving too much away before they appear on the pitch, Nike’s images of the Nike Mercurial Vapor IX CR' are' deliberately dark and mysterious, only showing off a few key details.

Featuring a striking white' upper and pink swoosh with a bold CR7 graphic on the inside of the heel, the Nike Mercurial Vapor IX CR' also features some' embroidery with a distinctive numerical pattern. 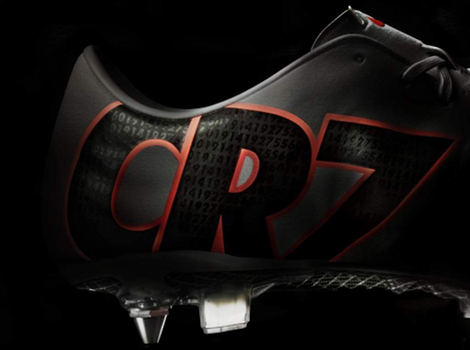 Seven numbers are featured on the lateral side of the boot and' reflected in a bold CR7 graphic on the medial side. The numbers' signify CR's record breaking goals scored and achievements' during the 2011/2012, including:

With such staggering figures under his belt, it’a no surprise Nike wanted to commemorate them with something very special – as well as launch their new boots in style.

Whilst we can see that Nike aren’t changing the soleplate on this model, rumours have been circulating of a selection of uppers to revolutionise this incarnation of the Vapor – but it looks like something Cristiano Ronaldo is sticking with a smooth, Vapor VIII-esque version in this instance.

Ĺ›Last season was a very special one for me, helping my team' and country achieve success,ĹĄ said Cristiano Ronaldo. Ĺ›It's great' to celebrate these achievements and also have a great pair of' Mercurial boots to recognize the moment. I'll enjoy playing in' them for sure.ĹĄ

100 pairs of the CR Mercurial IX white boot will be available at' Nike.com and key online retailers February 7th.

Are you hyped for the upcoming Vapor IX? What do you think of the Nike Mercurial Vapor IX CR?