Just when you thought the Vapor couldn’t get any more audacious, Nike blow it out the water with the incredible Nike Mercurial Vapor IX – Fireberry. 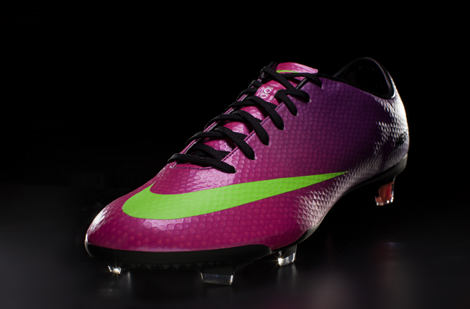 Building upon the huge player uptake of the Vapor VIII, the Nike Mercurial Vapor IX follows much of the same blueprint as it’s predecessor, but aims to give better traction and more control across the whole boot – and wrapping it all up in gorgeous contrasting colours, with bold graphics.

In an interesting use of the two launch-day colourways, Nike are bestowing the Fireberry Nike Mercurial Vapor IX upon their most senior Mercurial stars. Long-time speedsters like Cristiano Ronaldo, Zlatan Ibrahimovic and Franck Ribery will fly the Fireberry flag, whilst the ‘next generation’ of Vapor wearers will wear the ‘Sunset’ colourway. 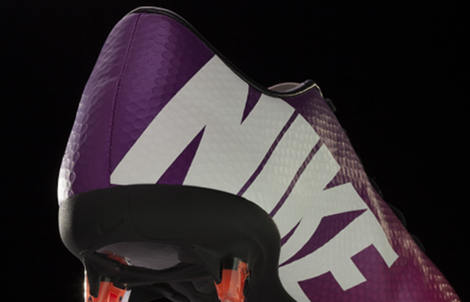 One of the most distinctive features of the Nike Mercurial Vapor IX is the huge Nike graphic on the inside of the heel. Evocative of the type of Nike logo used on sneakers and boots from Nike’s past, we’re sure it will divide opinion amongst fans.

But let’s get down to brass tacks – what does the Nike Mercurial Vapor IX bring fresh to the table? 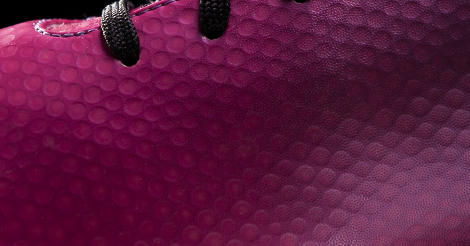 Starting with that distinctive upper, Nike are introducing Speed Control Texture. This distinctive, dimpled Teijin synthetic is something entirely new from Nike.

Designed to increase friction on the ball, Speed Control Texture is designed with fast players in mind; wrapping the whole boot it allows confidence in touch whilst dribbling at speed, whilst being soft enough for the most delicate of touches.

The Nike Mercurial Vapor IX is also built from the ground-up for Nike’s ACC – All Conditions Control – technology. Since premiering on the CTR360 III last year, ACC has become one of the cornerstones of any Nike boot’s feature set, and it’s inclusion on the  Vapor IX is no surprise. 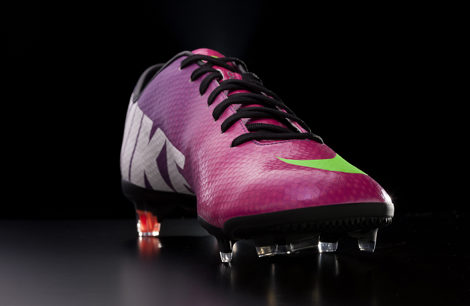 Whilst mostly the same as the Vapor VIII in terms of shape, Nike have once again refined the fit based on player feedback. Now snugger than ever, the Mercurial Vapor IX aims to reduce unnecessary foot slippage, whilst the softer heel compensates for the new material to cut down on blisters. 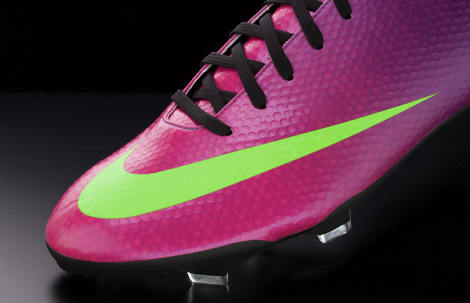 For the player who relies on explosive speed and who wears the Mercurial Vapor IX, traction is everything. Twin studs at the back allow for a quick release from the turf and the asymmetric design of the stud configuration delivers an explosive start.

The Mercurial Vapor IX features a unique, lightweight plate, incorporating two different pieces of glass fiber that increase flexibility and responsiveness, providing energy return in the heat of the game.

Pre-orders open today worldwide for a January 31st release date, and you can look forward to seeing them on-pitch from this weekend!

Phew! So, with all that in mind – what do you think?

Is the Mercurial Vapor IX everything a speed-freak could ask for?

Or is it all flash?

Let is know in the comments!

NIKE MERCURIAL VAPOR IX – FIREBERRY, 9.1 out of 10 based on 182 ratings https://www.footy-boots.com/wp-content/uploads/2013/01/Nike-Mercurial-Vapor-IX-Fireberry-featured-image.jpg

Written By
Kyle Elliot
More from Kyle Elliot
adidas unveil the new adiPure IV! But are these boots understated or...
Read More