Much has been made of the new colourway of Nike’s highly successful Mercurial Vapor III range of football boots especially the green, or cactus version. With some football boot sellers refusing to even stock the product because they expect the take up rate to be too low and on the other hand some pro players already wearing it, the question Footy Boots asks is this: 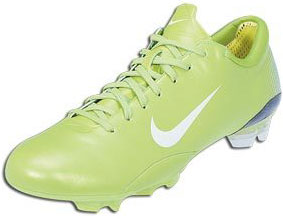 Are these Nike football boots, which are just a different colourway, a joke gone too far from Nike, or is this a colour that players across the world are going to be happy to wear each week? Or put another way, would you wear these football boots?

Written By
Felipe
More from Felipe
William Gallas will miss the remainder of the current campaign because of...
Read More