Originally showcased a month ago, the new Nike Mercurial Superfly V is now dropping in its launch colourway as part of the Spark Brilliance Pack. 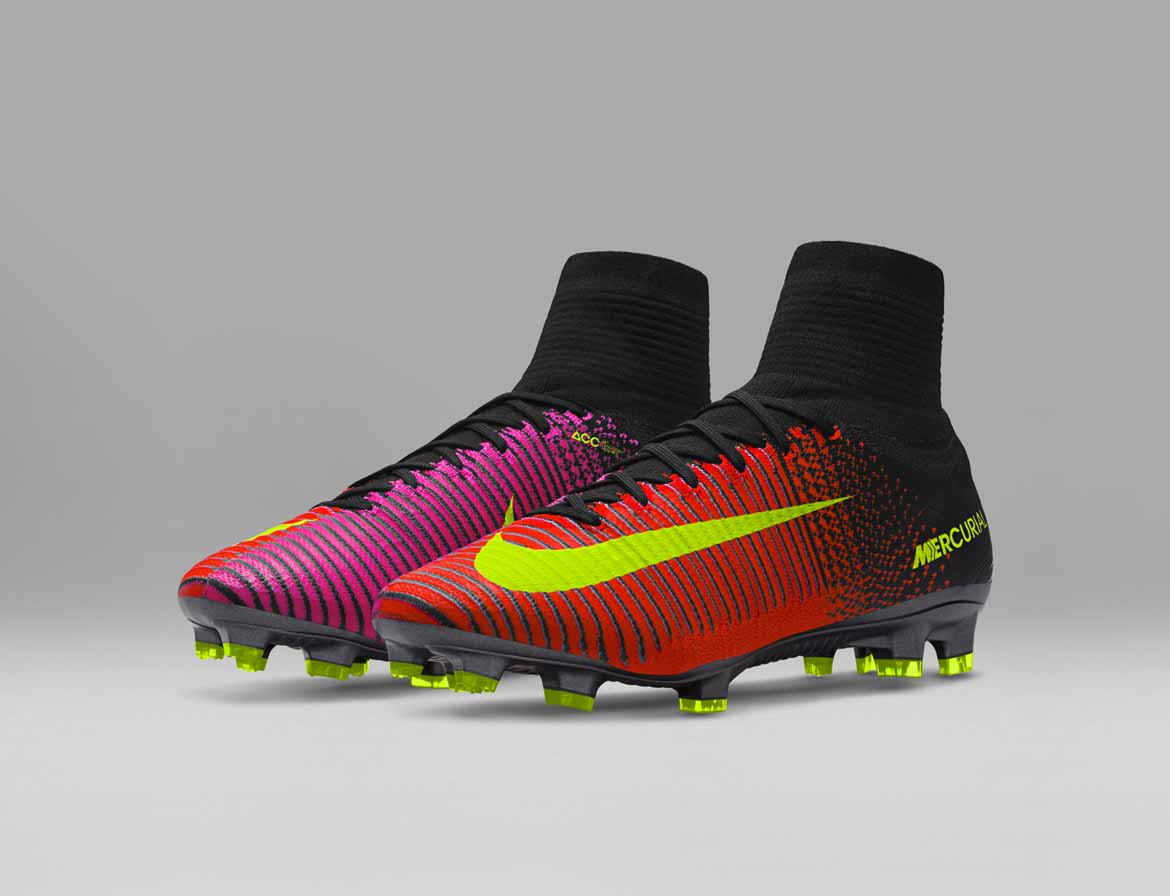 In readiness for the summer international tournaments Nike have given an overhaul to their speed silo, the Mercurial Superfly. The lean, lightweight boot has been designed with one thing in mind: speed. Each detail of this new Superfly is said to have been focused on one thing; unleashing a player’s full speed potential. 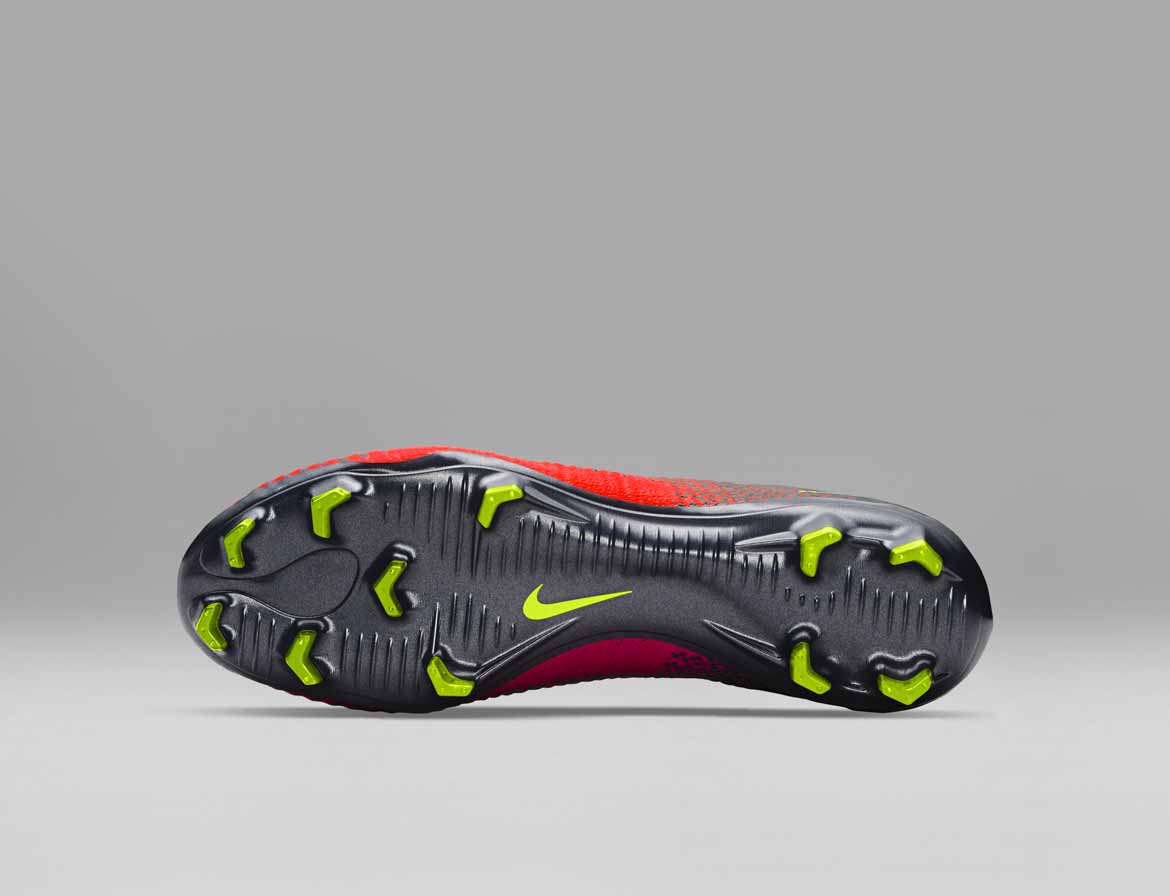 The stand out feature on the new Superfly V is the new anatomically contoured soleplate. Nike’s design team said:

We had been working with a flat soleplate, but the human foot is not flat.

So what we see on this new Superfly is a new anatomical Nike plate that maps the natural contours of the foot, eliminating the gap that previously existed underfoot.

The contoured plate provides a more natural fit, as your foot is more closely enclosed within it. 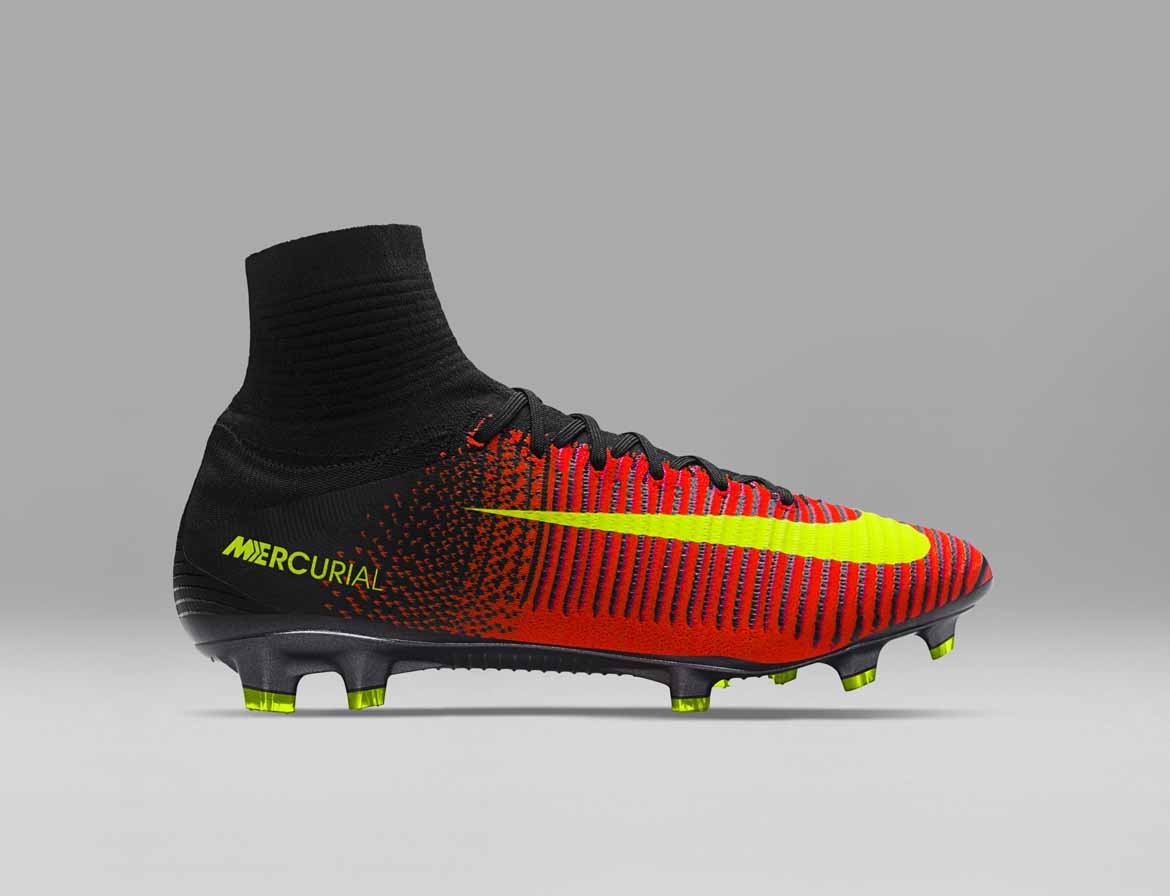 But that is not the end of the developments with the soleplate. Nike, in their quest for reducing weight, have come up with a new plate which is 40% lighter than its carbon fiber predecessor. Using a new process, the plate has been hollowed out offering a significant weight reduction.

For a boot focused on speed, you perhaps wouldn’t think that slowing down or stopping would be top of the agenda when looking for advances, but it is. Nike explained:

If players don’t know for certain they can quickly come to a full stop as needed, they slow down as a precaution, just as you would when driving a car.

So to improve the Mercurial’s brakes, Nike used scientific data to identify which traction pattern worked best for the speed-focused player, before enlisting their pro’s to wear test their findings.

The end product acts like claws when accelerating, but has the surface needed to brake quickly. The studs all are the same shape but positioned in different directions — straight on with the heel for braking, angled in the forefoot for propulsion.

Further analysis by Nike picked up on how quick players tend to dribble with the lateral side of their foot when sprinting, but use the instep when shooting. To aid this, Nike have developed the Flyknit upper and introduced “speed rib” 3D texture, raised surfaces providing friction between the upper and ball. 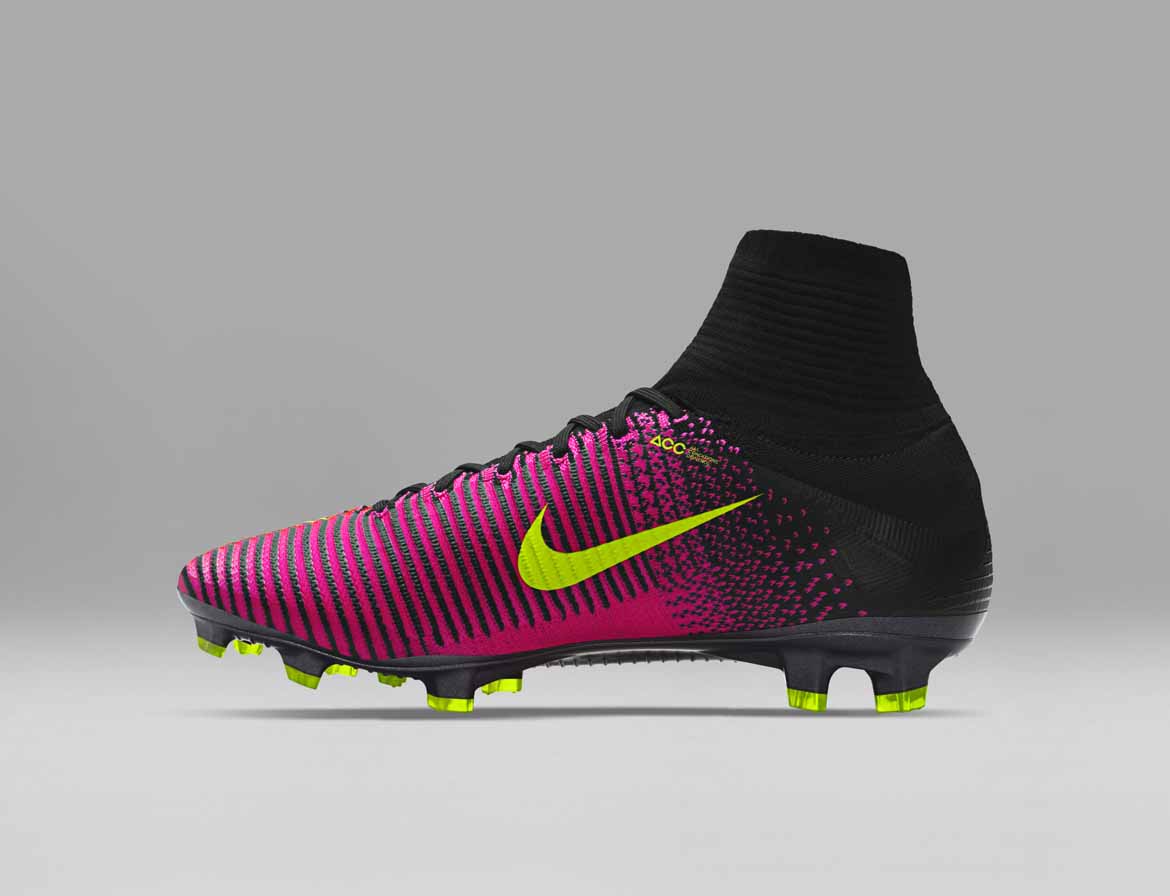 The speed ribs have a base thickness of 1 millimeter, increasing to 2.5 millimeters in the forefoot. In motion, the speed ribs also provide a bit of a colour shift. Something Mercurial owners will no doubt like.

Whilst not detracting too much from its familiar shape and style, the Mercurial Vapor Superfly has packed some significant updates in this version.