Few boots are capable of really putting that spark of imagination into player’s heads the way that the new Nike Superfly IV has; spawning everything from Flyknit futsal shoes to a Mercurial-inspired running shoe, the new Superfly is almost suspiciously ‘iconic’ before it has even hit a store shelf.

But the trouble with making a shoe this big before anyone has had a chance to wear it is you there is almost too much hype; can even the best boot ever conceived live up to the expectations created around the new Superfly?

Well, we’ve been lucky enough to have a pair for a few weeks now, so let’s take a look.

Starting with comfort, if the Mercurial Vapors VIII and IX were the nails in the coffin of the myth that all Mercurial must obliterate the wearers feet, then the Nike Superfly IV buries the coffin, then blows up the cemetery for good measure.

You can’t wiggle a toe or flex a tendon in your feet without the boots upper responding in some way; when Nike say they’ve ‘edited’ the Superfly down to the bare minimum, they certainly weren’t kidding.

In terms of feel on foot and touch on the ball, these are the most minimal football boots we’ve ever worn; but the NikeSkin layer on the upper does add the sense that something is wrapping around your foot, as well as providing a sense of durability to the boot. 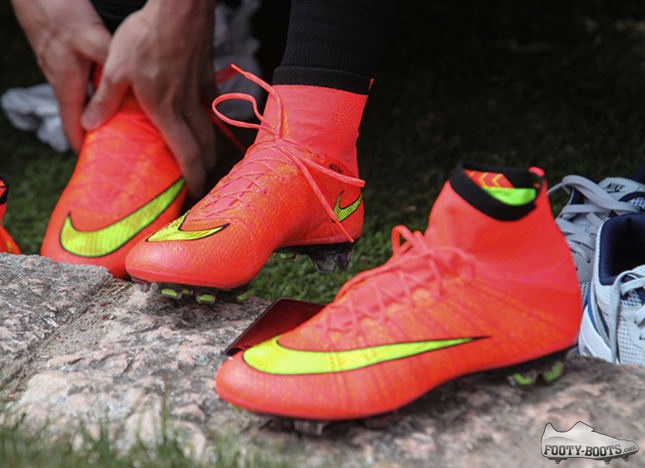 With that in mind, the ACC All Conditions Control finish also helps waterproof the boot, and provides protection for the Flyknit from water, mud and debris, making them easier to clean.

Before we leave the fit completely, I do want to say the V12 last used on the Nike Superfly IV is around half a size long-fitting; if you’re an average-to-wide footed player, you’ll find this combines with the FlyKnit to offer up the most forgiving and adaptable fit yet seen on a Mercurial.

Narrow-footed players might consider going half a size down from their usual size to get what will probably be the best fit they’ve ever experienced in a soccer shoe. 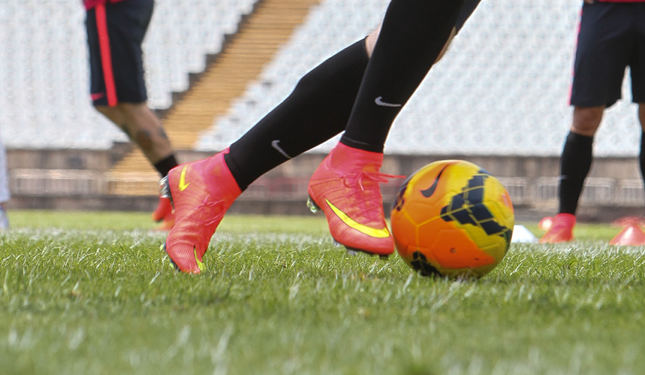 Playing in the boot is a wonderfully pure experience; you’ll find that the Superfly IV gives a real sense of one-to-on movement with your feet, bolstering confidence and making for some sweet striking and passing.

One thing you might not know about the Nike Superfly IV is that it does have an interior liner, so the touch, especially when moving at speed, isn’t as minimal as you might think…at first.

After a couple of wears, you do get a great level of break-in around the forefoot, making that sense of edited-down touch a real feature of the boot. 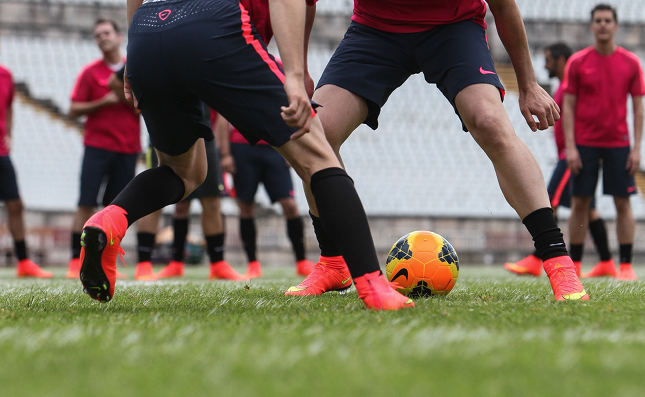 Another prominent feature out of the box is the soleplate. Whilst Nike have stripped the Carbon Fibre on the boot down to just two layers, there is a not-entirely-unexpected level of resistance to the chassis.

I might be alone in this, but I get a little bit of cramp in my arches when a boot is a little too stiff, and I definitely got that on the first outing in the Superfly IV. Thankfully after a few wears that does get a lot easier and begins to do the traction plate justice.

Which is only fair, given planting twisting cutting and breaking is as good on the Superfly IV as you’d hope; the new traction plate and stud layout is hands-down one of the best you’ll find if you’re a fast player. 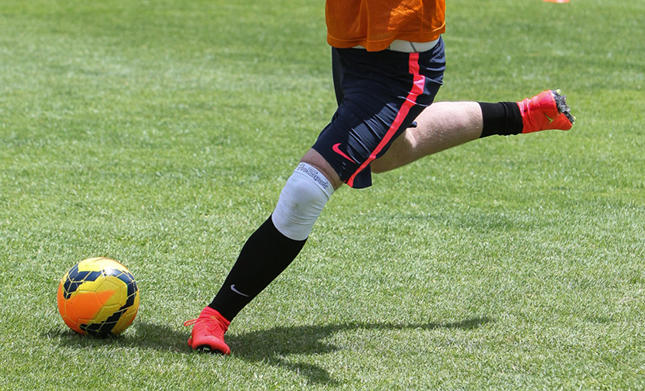 And fast players usually get a lot of time on the ball, which is exactly the sort of tenuous link I need to say keeping a pair of Nike Superfly IV’s will need a lot of time, too. The finish on the upper is pretty much wipe-clean, which will no doubt surprise some people, but the Dynamic Fit Collar is ‘raw’ FlyKnit, so you’re going to need to clean your boots regularly.

That said, the collar will absorb sweat and grime, so don’t expect to keep them box-fresh forever.

To round-up quickly, the Superfly IV is as good a boot as you would hope for the price – if a boot could possibly justify that sort of cost. 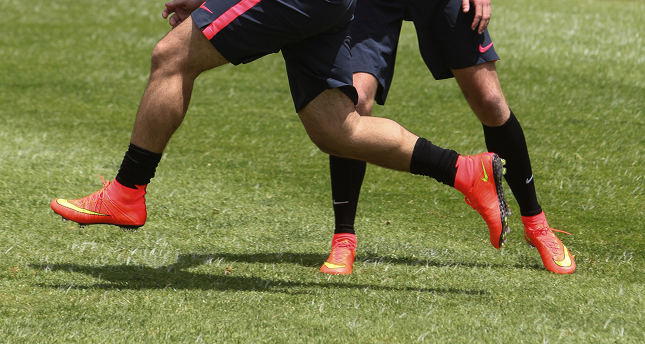 It manages to pack in more bells and whistles than your average super car, but somehow the result is a an unbelievably pure touch, with responsive traction and a phenomenal sense of unity between the not just the foot, but the whole lower leg and the boot provided by whatever magic Nike weave into the Dynamic Fit Collar.

Despite feeling surprisingly hard-wearing in the hand, we will say that the exposed Flyknit on the collar and laces is something to keep a sharp eye on in the long term but that, the little bit of stiffness and probably a longer-than-average fit would be our only concerns on the boot overall.

Other than that, the Nike Mercurial Superfly IV is the crowning glory on Nike’s range of football boots.

Written By
Kyle Elliot
More from Kyle Elliot
Warrior snag another Premier League player to step into the Skreamer as...
Read More