When it comes to making football boots for star man Cristiano Ronaldo, Nike have a ‘Go Big or Go Home’ philosophy that has produced some of the most outstanding cleats ever to grace a football pitch.

Now, the Swoosh might just have create their most unmissable effort yet with the launch of the Nike Mercurial Superfly CR7 Silverware. 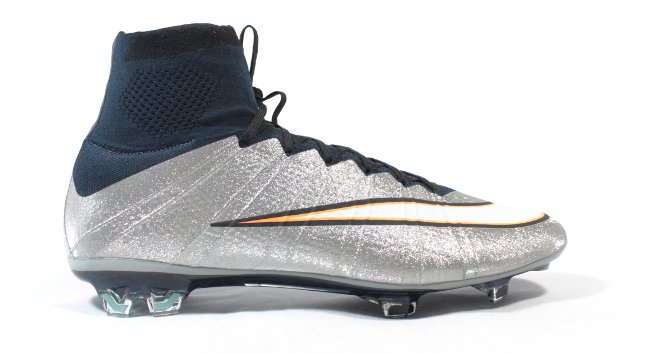 The shimmering silver exterior is inspired by the trophies that elite players like Cristiano are vying for at this stage in the season.

If you thought the shimmering effect was strong on last season’s black CR7 Superfly – believe us when we say that you haven’t seen anything yet. 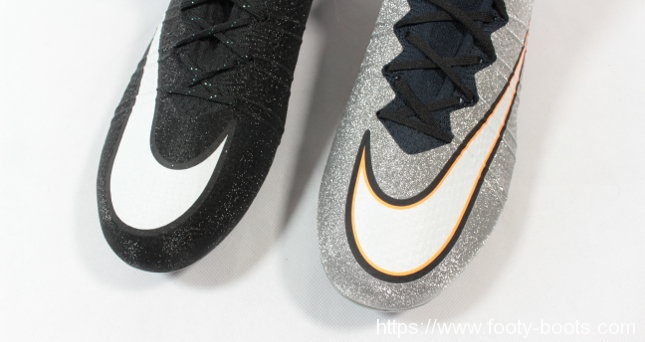 The Metallic Silver base with layers of Nike’s new favourite visual effect piled on top, give the Superfly CR7 Silverware an almost fluid look; almost as if the upper is constantly in motion.

The rest of the boot has a strong overall look, too. We definitely had our doubts over contrasting the silver upper with dark blue ‘obsidian’ Flyknit and Dynamic Fit Collar alongside the white and orange CR7 and Nike branding, but the whole boot works well as a whole, and will definitely be one of 2015’s most memorable releases. 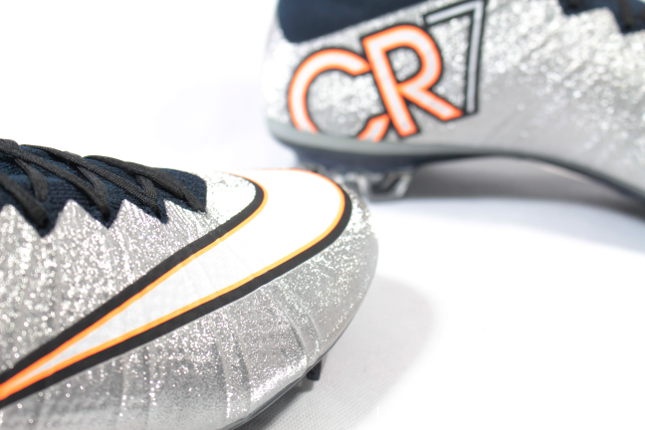 Other than the special branding and finish, the Nike Mercurial Superfly CR7 Silverware has almost all of the bells and whistles of the Superfly IV.

The upper is, of course, Flyknit, with the whole boot built around a Flyknit sock, as you can see from the Dynamic Fit Collar.

Nike then layer this up with NikeSkin, for an edited-down, seamless feel between foot and ball. Nike haven’t put an All Conditions Control logo anywhere on the boot, so we can only presume that’s something not compatible with this type of finish. 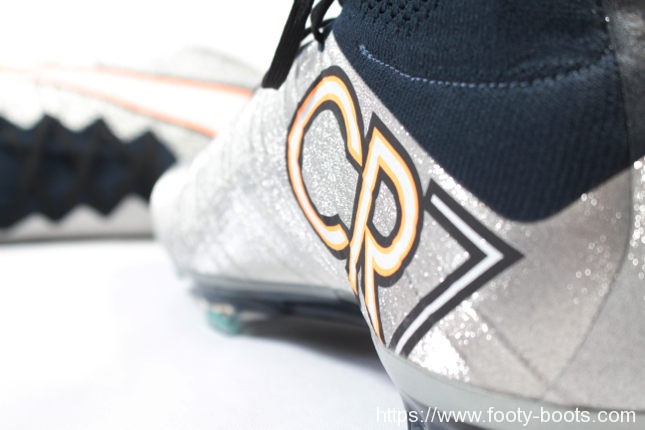 If you’re wondering what the difference in ‘feel’ when making contact with the ball is between the CR7 and ‘regular’ Superfly IV’s, the CR7’s have a grippy, sandpaper-type feel to the finish, whilst the regular versions have a more waxy feel – that said, both materials move and flex in the same way.

Woven into the NikeSkin and Flyknit are the chunky Brio cables you see attached to the lacing system. These suspension bridge-inspired additions allow the flexible upper to be pulled snug by the laces and locked in to the soleplate. 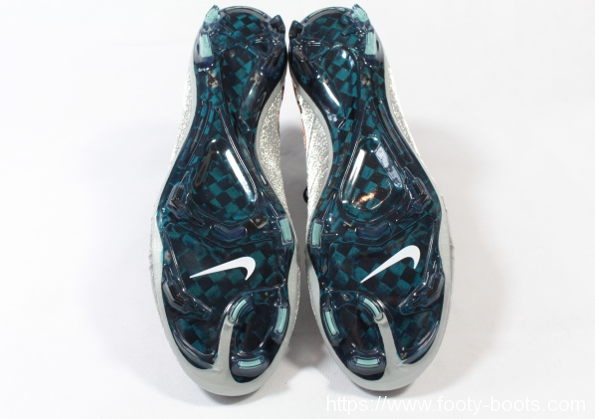 Speaking of, the soleplate is a full carbon fibre plate that Nike has paid extreme diligence to. Previous Superfly models came in for criticism for being too stiff.

So, Nike stripped back a layer in the plate and engineered the whole chassis to be more flexible whilst still retaining the high energy return and responsiveness that carbon plates are best known for.

Nike developed a brand new speed specific stud layout for the soleplate of the new generation of Mercurial, and here on the CR7 silverware model, the Swoosh have gone with a glowing blue finish to match the obsidian Flyknit – and it looks pretty killer to us.

Written By
Kyle Elliot
More from Kyle Elliot
We're trading our Cleats for the Streets to review the FIFA Street...
Read More