Nike are once again kitting out their most prized footballing asset with a bespoke pair of football boots, as the Swoosh present the Nike Mercurial Superfly CR7 Silverware edition just in time for 2015’s first ‘El Clasico’.

Cristiano Ronaldo will lace up his new signature model Mercurials for the first time as Real Madrid and Barcelona go toe-to-toe to top La Liga.

Nike have taken the ‘shimmer’ effect we first saw on November’s first signature CR7 Superfly and ramped it up to the max with a fresh silver finish.

Looking truly metallic, the new Nike Mercurial Superfly CR7 Silverware has a truly unique look that will surely be unmissable on the pitch. 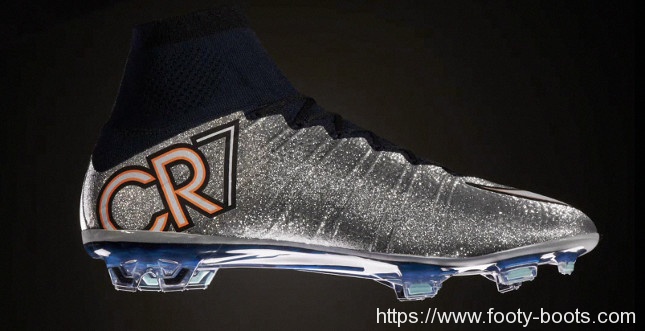 The new colorway is inspired by the silver trophies elite players like Ronaldo pursue this time of year.

The shimmering silver accompanies an obsidian Dynamic Fit collar and an orange pop of color on the Swoosh and the CR7 logo. 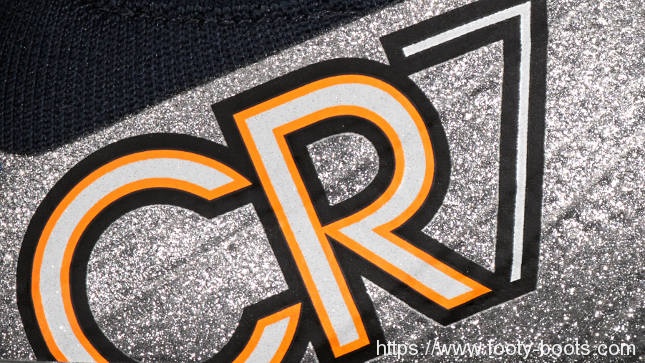 Of course, beneath the unique colourway, shimmering upper and Cristiano-approved branding, the Nike Mercurial Superfly CR7 Silverware still boasts all the technial prowess of the Superfly IV, which debuted at the World Cup in Summer 2014.

The upper is based on a Flyknit sock, which descends down the leg from the Dynamic Fit Collar and wraps the whole foot for a truly edited-down feel.

A thin layer of NikeSkin covers the Flyknit and thicker Brio Cables to help ensure waterproofing and to improve ball feel. 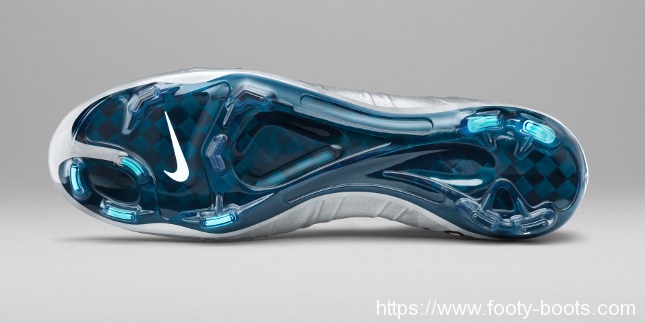 The soleplate is also a brand new layout for this generation of Mercurial, with a Carbon fibre plate encased in Pebax – seen on the Nike Mercurial Superfly CR7 Silverware in a blue-glow tint, as a nod to Ronaldo’s previous signature Superfly colourway.

What do you think to this new release from Nike?

Will they help Ronaldo fire Real Madrid to glory this weekend, as he has so many times before when wearing a new colourway?