“Madeira will always be close to my heart,” says Cristiano Ronaldo. “I’m so happy to represent my island all over the world. It’s a fantastic feeling.” 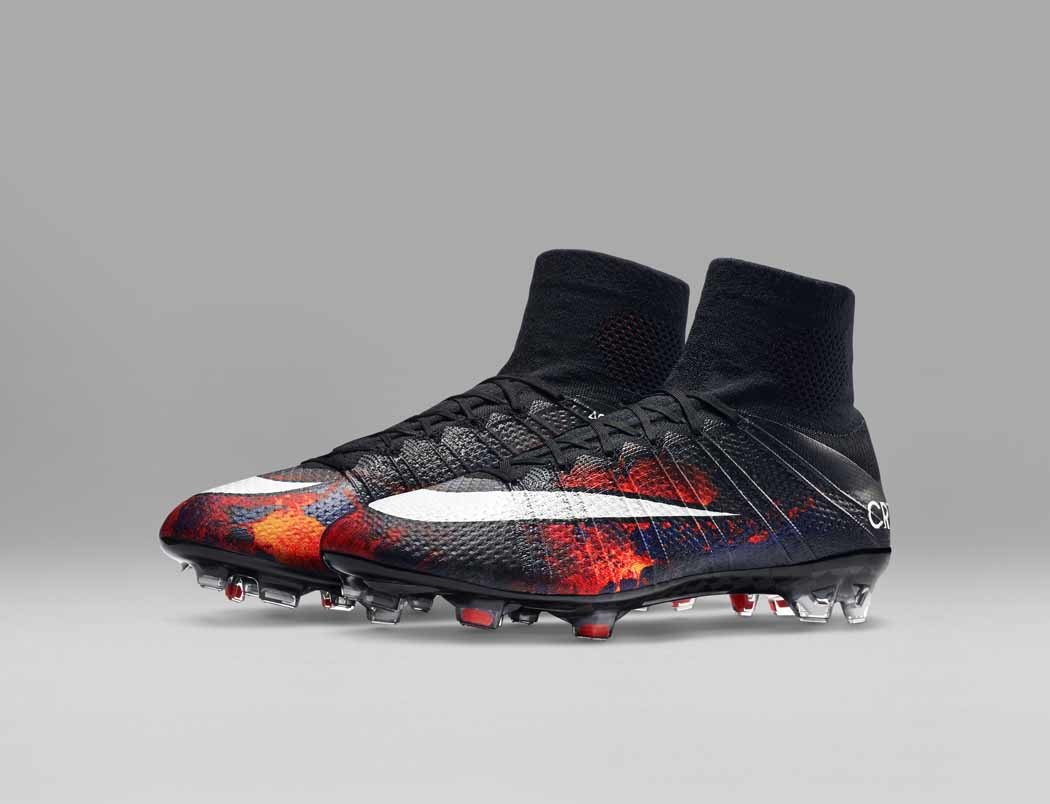 It was only two weeks ago that CR7’s goal scoring achievements were recognised by Nike, with details of two new boots set to be released in his honour, namely the Mercurial Superfly CR7 324K Gold & Quinhentos.

Perhaps befitting of a player of Cristiano Ronaldo’s remarkable and proven ability, Nike are releasing a series of seven signature Mercurial Superfly CR7 football boots over the coming seasons.

First up and due for release late October 2016 is the Nike Mercurial Superfly CR7 | Savage Beauty. 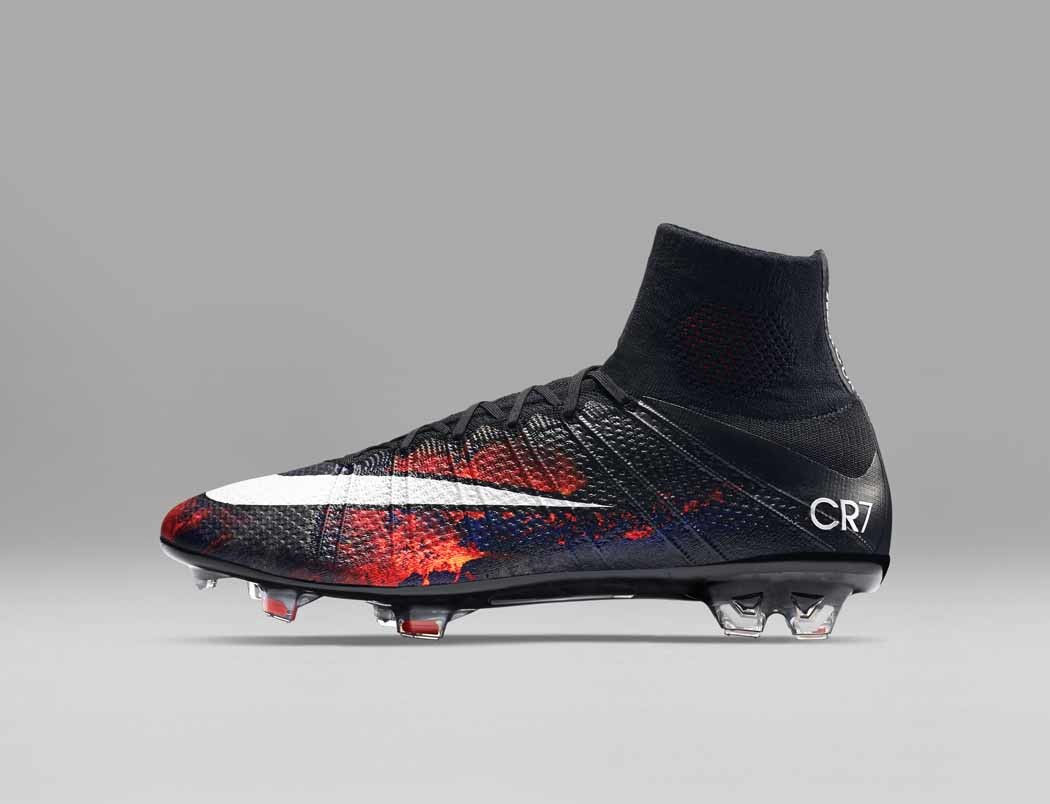 This boot was inspired by the place of Ronaldo’s birth, the volcanic island of Madeira Portugal. 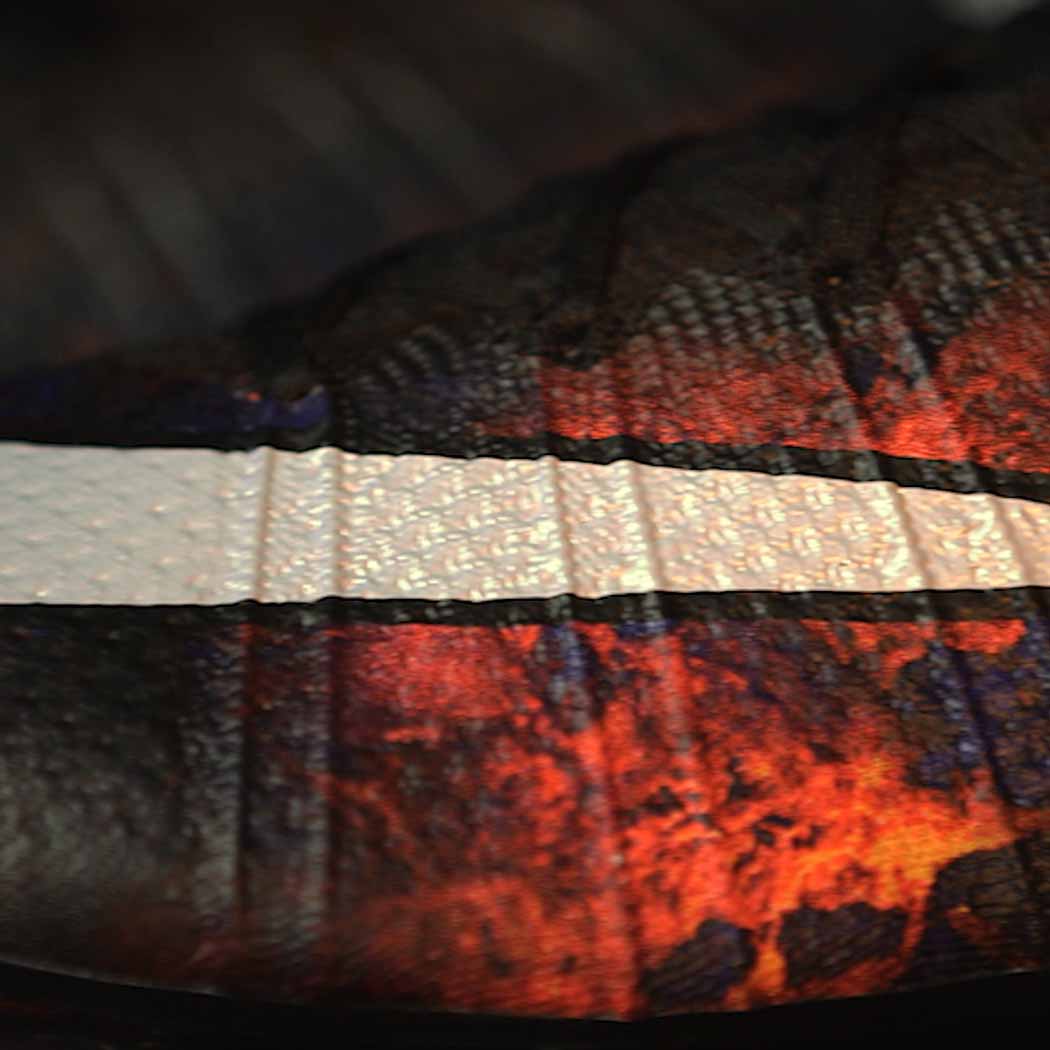 Nike say that the unique design printed on the CR7 Savage Beauty is one of the most intricate they have come up with to date. The design was influenced by volcanic lava, due to Madeira being at the top of a vast shield volcano. 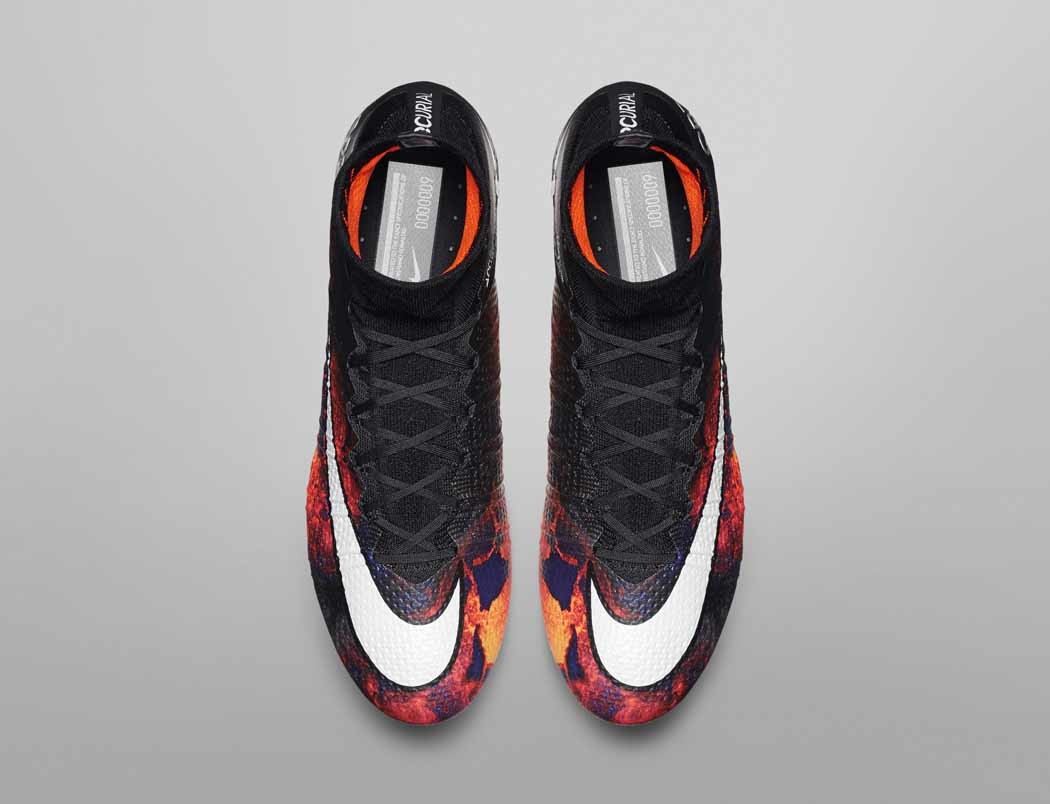 The fiery graphic design stretches from the front to the back of the boot with the CR7 logo featuring on the outer side of the heel. 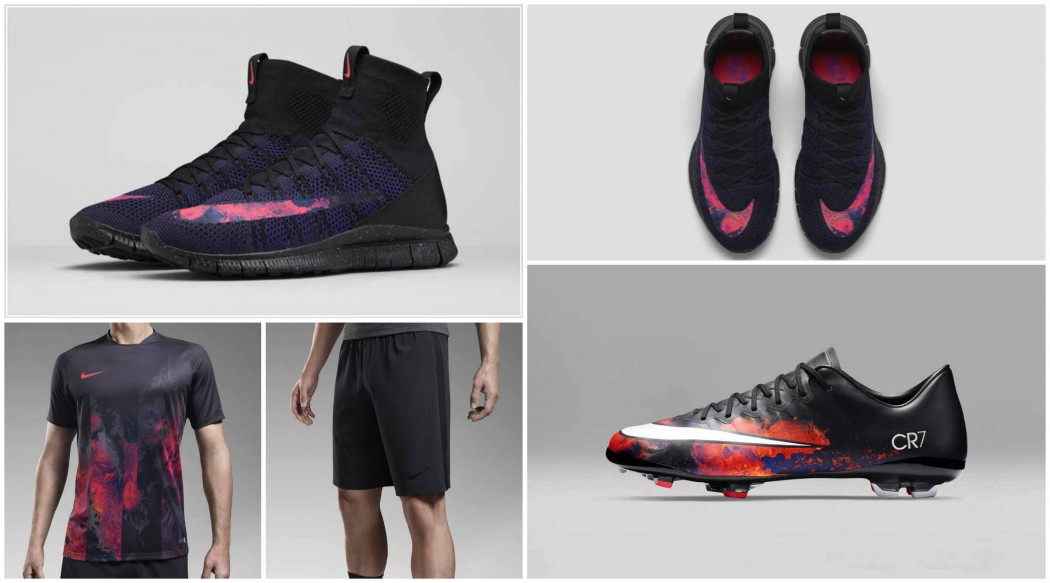 There are two versions set to be released, one of the Superfly Cr7 and one of the Vapor CR7. They will also be complemented by a new Free shoe due out next month and a Nike F.C. apparel collection.