After selling out ins seconds after their launch in mid-February, everyone lucky enough to have squeezed in an order for the Nike Mercurial Superfly CR7 Rare Gold will finally get to see them in person this week as Nike begin shipping out one of the hottest collectors items ever to hit the world of football boots.

The record-breaking forward of course got his pair in January, and the rest of us have had to wait nearly a month to get our hands on a pair, but now they’re here – there’s probably very few who have buyers remorse. 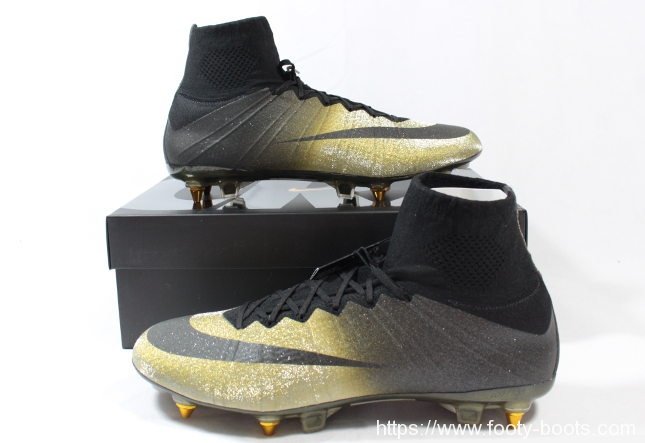 Even with a half-decent camera and some lighting like ours, it’s tough to capture how much the Gold Coin finish to these football boots ramps up the ‘shimmer’  effect we saw debut on Ronaldo’s last signature model. 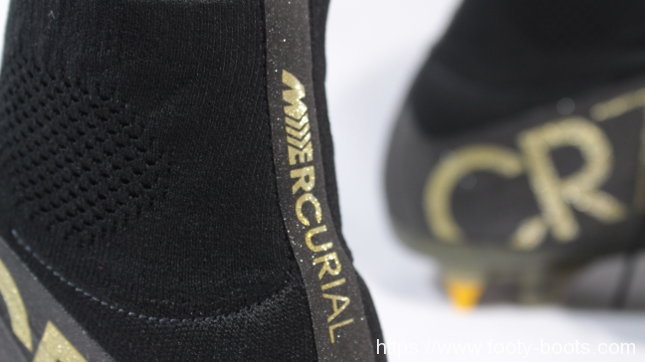 Nike are good enough to include a hang-tag warning that this shimmer will fade  with the rigours of match-play, but we’re reasonably sure that precious few pairs of the Superfly CR7 Rare Gold will ever grace a muddy Sunday League pitch. 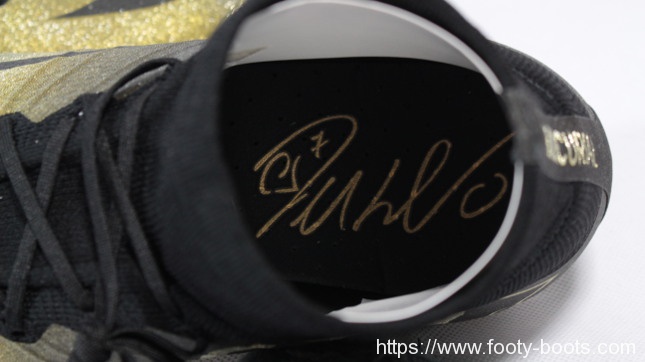 Aside from the colour, there isn’t a great deal of details that separate this model from the Superfly CR7 that launched at the end of last year. The retail Rare Gold Superfly’s lack the micro-diamonds of Cristiano Ronaldo’s made-to-measure versions, along with the lower-slung dynamic fit collar. 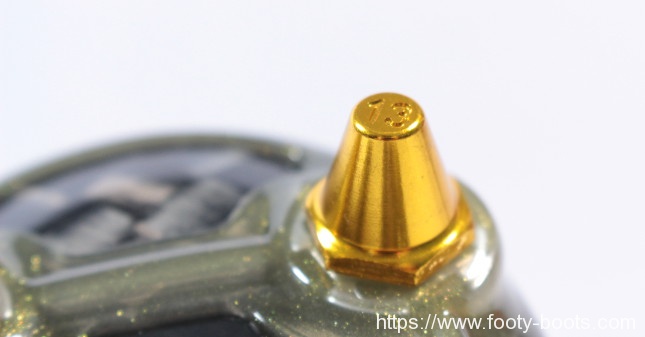 However, there are some engravings on the soleplate that mark these models as genuine Limited Editions, along with a unique number from 1 to 333.

As with the last few colourways of the Superfly, we can’t help but swoon a little over the soleplate, which has a tint of gold to the clear outsole over the Carbon Fibre Plate. And, as you’ll have noticed, the CR7 Rare Golds only come in Nike’s SG-Pro Hybrid outsole. 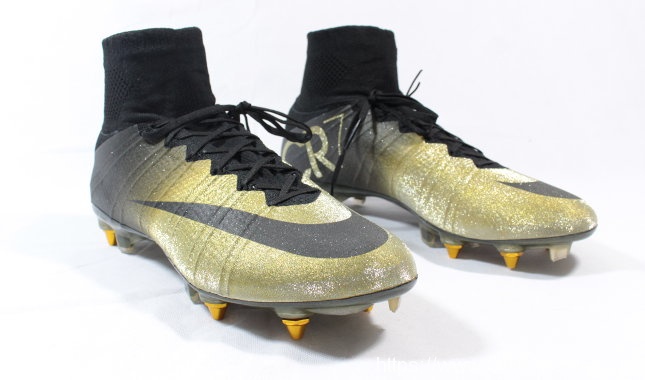 Were you lucky enough to get a pair? Drop us a comment and let us know!

Written By
Kyle Elliot
More from Kyle Elliot
All White, All Fast, the new adiZero gets a fresh whiteout for...
Read More