We’ve seen plenty of neat stuff over the years, but the presentation box for the new Nike Mercurial Superfly CR7 is absolutely something else. Building on the boot’s theme of ‘Out Of This World’, this media presentation kit takes the form of a meteorite, detailed in shimmering stars across it’s angular surface.

Opening the box reveals the boots themselves, which seem to float on the top of a blue metallic ore (spoilers, it’s only plastic), that matches up with the accents on the rest of the boot, and is definitely a cool visual effect.

After unique graphic fades, outlandish stripes and safari prints, the new Nike Mercurial Superfly CR7’s unique feature this time is a ‘shimmer’ worked into the NikeSkin that makes the boots glimmer like nothing we’ve ever seen on a football boot before.

One thing the press photos don’t do justice is how each movement of the boot seems to allow the material to catch the light in a new and unique way. The shimmer effect makes us think of stars, camera flashes and or diamonds – all things we’re any top footballer would love to be associated with. 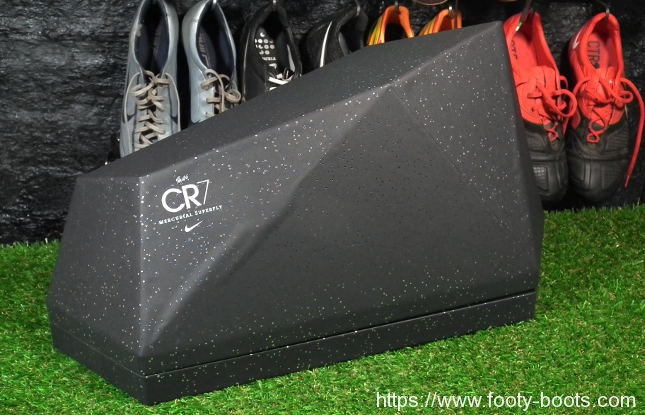 To the touch this finish feels almost velvety, but the more you feel the NikeSkin layer in your hands the more you get the feel of a very, very fine sandpaper – a little like the launch colour ways of the Vapor VIII. Now, this won’t add any extra friction on the ball, but it does offer a different feel to the almost waxy finish of the other Superfly IV colour ways.

Taking the boots themselves off of their platform, it’s clear that Nike have simplified down the little details. 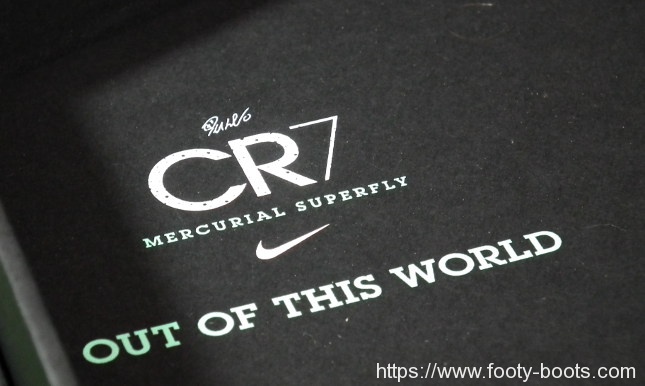 Befitting of the sleek black and white colour way, the flash of contrast colour on the top of the Dynamic Fit collar is gone, as is the ACC branding – even the Mercurial logo down the heel is blacked out, all giving a definitively stealthy look that helps accommodate the glitzy finish.

The Nike Mercurial Superfly CR7 is finished off with a blue tint to the soleplate, that I personally love a little too much. Placed over the black carbon fibre, the blue casing seems to glow in a very satisfying way. 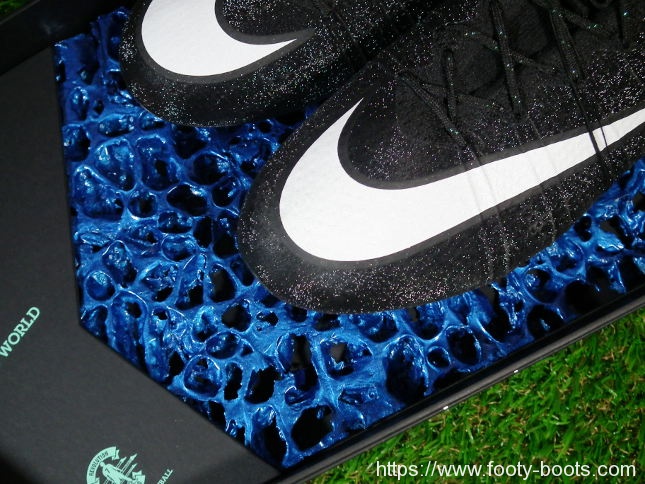 All in all, Nike promised something ‘Out Of This World’ with the Mercurial Superfly CR7 and ultimately have delivered in a massive way.

Even if they aren’t delivered inside a meteorite, these football boots are really something else. 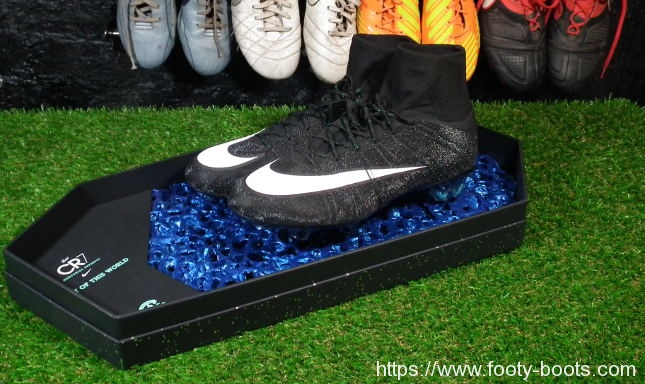