With 5 different football boots in the range'  – all with different features and price-points – Nike’s Mercurial Vapor range is a potentially confusing place to be looking if you’re shopping for a new pair of cleats.

Which is exactly why – now that the launch furore is dying down and mystery lace covers have disappeared – is the perfect time to give you guys an ‘at a glance’ guide to everything that’s going on, on each boot! 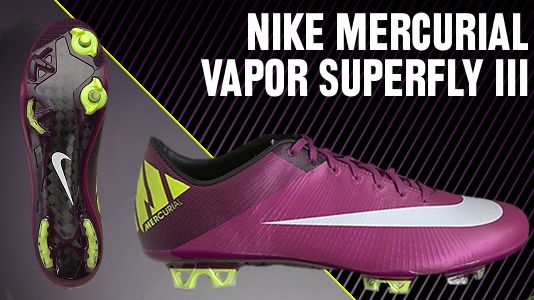 As the Elite level football boots in the series, the Mercurial Vapor Superfly III is the boot all the others ‘build down’ from. With a full carbon fibre soleplate, triple layer Teijin Synthetic upper, Flywire support structure, the Superfly III is the pinaccle of Nike’s speed series. 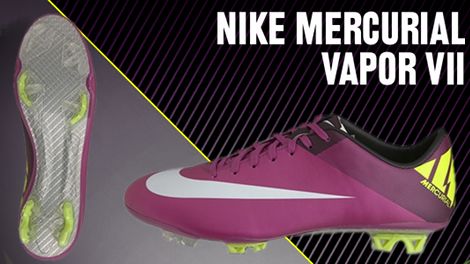 The original speed football boots, the Nike Mercurial Vapor VII are a slightly more ‘pure’ version of the Superfly III.

Built on the same last as the new Superfly the Vapor VII’s lace cover may be gone, but a host of favourite features remain the same, including a full glass-fibre soleplate, T-bar dual-injected blades and multi-directional stud configuration and a single-layer Teijin synthetic upper. 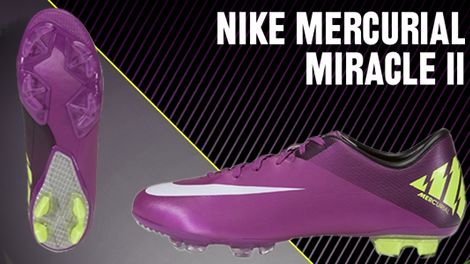 Another boot in the range built off the same last as the Superfly III, the Mercurial Miracle II is only a fraction heavier than the Mercurial Vapor VII, with a surprising amount of it’s features employed for the price. The single-layer Teijin synthetic upper remains intact, as does the multi-directional stud configuration.

The key difference is the construction of the soleplate. This time employing a two-piece outsole to reduce weight, the heel section of the outsole is comprised of the same glass-fibre as the sole of the Mercurial Vapor, to provide a strong, sturdy, yet lightweight base for these football boots. 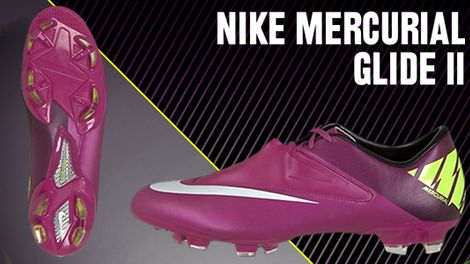 The fourth tier of the Mercurial range, the Mercurial Glide II is the first in the range to move away from the Superfly III last and switch to the ‘Speed’ last. It’s also on the first not to utilise any form of Carbon/Glass Fibre in it’s construction.

We’d have to speculate that this is due to the fact that it’s available in four different soleplates, and by avoiding expensive materials in the soleplate Nike can hold the same price point across the range. However, despite this change Nike have seen fit to keep the same single layer Teijin upper as it’s two bigger brothers for optimum ball feel and comfort. 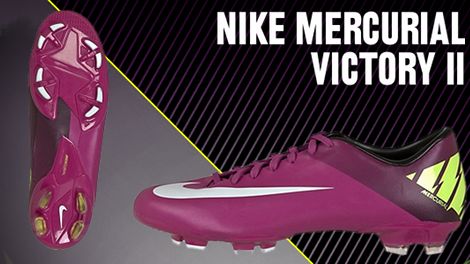 Finally, the Mercurial Victory II rounds up the collection. Bearing semblance to the Superfly III in colourscheme only,'  these football boots use a different last, upper, soleplate and outsole.

That’s not to say it’s without it’s benefits, mind you! Nike have cleverly engineered their Mercurial line up so this is the only boot with an indoor soleplate – if you’re after an indoor Mercurial shoe, this is the entry for you! Also, let’s not forget that for the price of the Superfly III, you could buy FIVE pairs of Mercurial Victory II’s and still have enough change for a new pair of shinnes!

So, that’s our brief rundown of what’s what in the new Mercurial range – should you want more details on each boot – just click on the link of the boot’s name to visit it’s respective page!

Written By
Kyle Elliot
More from Kyle Elliot
The Weekend Review puts the spotlight on the FA Cup tie between...
Read More