In 1998 Nike unveiled the first Mercurial football boot, worn by Ronaldo of Brazil. Since its debut, the Mercurial has dominated the football boot market with its ground breaking innovations and has become an institution in football.

With the Mercurial technology moving as fast as fast as Cristiano Ronaldo’s heels, Luca has detailed seven versions of the Nike Mercurial so you can decide which one is right for you. 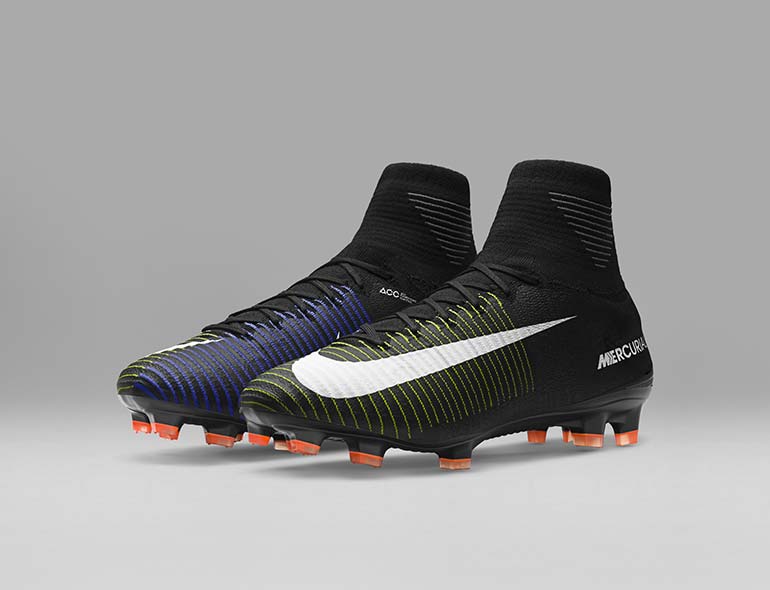 The original elite Nike boot, The Superfly always introduces the latest technology into the football boot world. Now in it’s fifth generation, the model has gone through some distinct changes. Worn by talents like CR7 himself, young Paulo Dybala, and french superstar Dimitri Payet.

The upper of the Superfly is made from a woven FlyKnit material, designed with ribbed structuring and ACC All Conditions Control for a super-thin, comfortable and grippy upper. The knit extends up the ankle with Nike’s iconic Dynamic fit collar offering a sock-like sensation and fit. Throw in some brio cables in the midfoot, and an anatomically correct soleplate for superior acceleration, and you have yourself a true beauty of a football boot.

Perhaps the most well known model in the Mercurial line, the Vapor has graced the feet of legends and still owns the pitch today. Arguably the best speed boot on the market, the 11th incarnation of the Vapor is simply marvellous.

A crazy thin, seamless synthetic upper and a mighty effective soleplate might seem like a simple design… but it’s damn effective. Whoever you are, you can’t deny this boots’ greatness.

Worn today by Eden Hazard, Coutinho and more recently Neymar, much more amazement will come from the touch of these boots.

Wait, what’s this you ask? Well for many people who don’t know, Nike have rolled out mid-cut variations on 3 tiers of their Mercurial line. The Veloce was the first to get this update giving a very promising mid-tier boot option for all buyers.

With looks being very similar to that of the Superfly, distinct features are either missing or modified from the top-end knitted boot. To begin with, the upper is made from a decently thin synthetic unlike the flyknit Superfly. The removal of ACC technology and brio cables also makes a pretty large difference. Finally the actual knitted portion of the boot is not as high quality as the top end model.

All that being said, for a middle tier boot, the Veloce DF is something all Mercurial shoppers should consider. 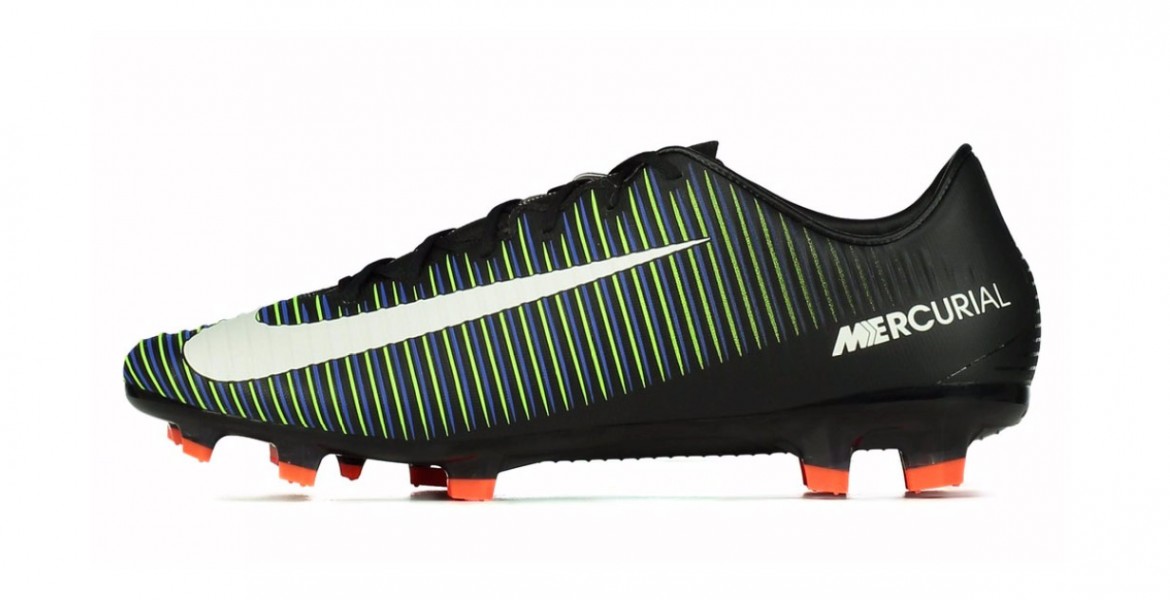 Can’t afford the Vapor? Well Nike have your back in the shape of  the Veloce. Now in it’s 3rd generation, this boot is honestly a great bang for your buck. Offering a relatively thin synthetic upper, a very similar sole to the Vapor and a traditional split tongue, all for a mid range price!

Nike’s always been known to roll out quality mid-tier options, and this one I must say is exactly what they’re known for. Keep it up Nike. 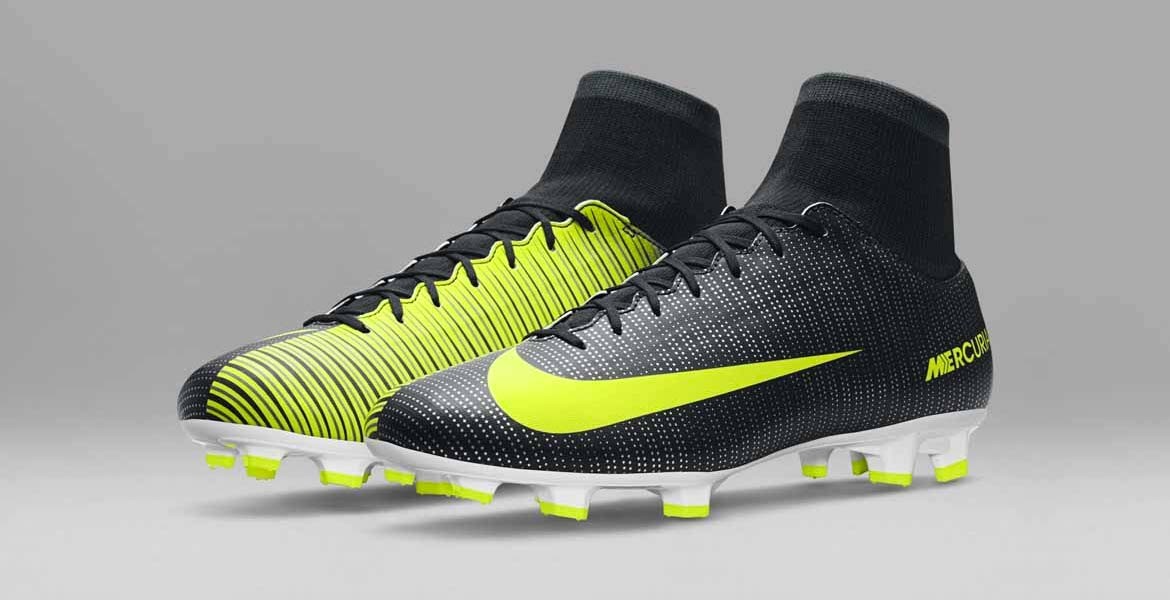 These look pretty brand new don’t they? Well that’s because Nike have recently released them, low tier Victory’s now can come with a dynamic fit collar!

A great idea for all those on a budget, however not at all the performance you might want.

For all the details and specifications, go read my review on these boots right here: Mercurial Victory VI Review 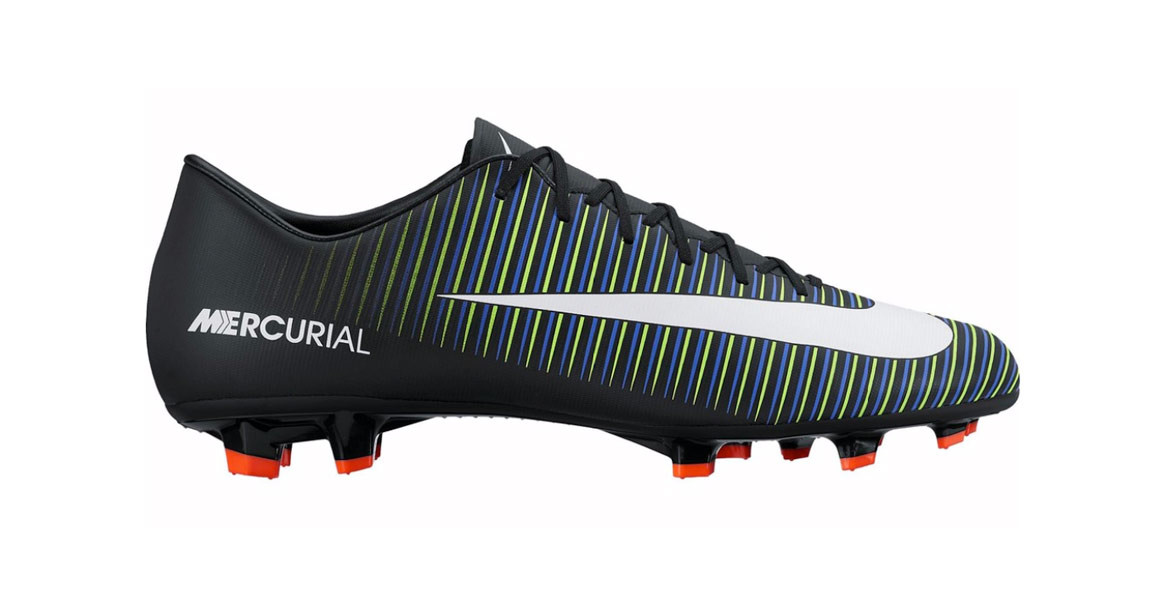 Finally we make it to the illustrious Victory model, which I believe is the biggest seller in the Mercurial stable. From men to women, girls to boys, these boots just seem to shift no matter what colour Nike paints them.

Not the best option in terms of performance and quality, but somehow exactly what people want nowadays. An average synthetic material and a sole with same studs as rest of Mercurial range, all Nike fans have worn a pair of these at some point. 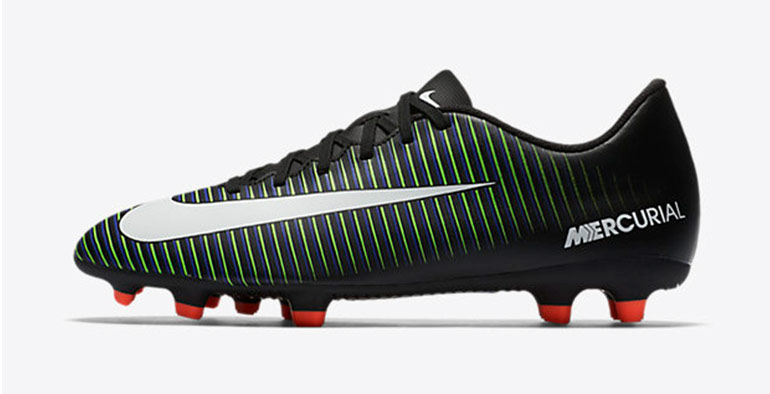 Now we really hit the rock bottom, it almost pains me to even write about these. Basically a stock soccer cleat with Mercurial painting and cleats. It’s the lowest you can go in terms of Nike’s tiers and I truly don’t even know the tech specs on these.

Nonetheless, they’re part of the lineup and people will still buy them. If you play soccer a few times a year and truly don’t want to spend much on cleats, these are your Mercurial.

There you have it! The entire Mercurial lineup for all you Nike speed junkies out there. Whether you want to look like Ronaldo or Neymar, have a large or small budget, you’ll now know what you’re getting.

Written By
Luca Natale
More from Luca Natale
If you're thinking of picking up a new pair of boots, but...
Read More