Nike have launched the new Manchester City Home Shirt for 2014-15, outfitting the reigning Premier League Champions with a dynamic, sleek new jersey for the upcoming campaign.

The Citizens will also return to sky blue shorts and socks for the 2014-15 season, with navy blue trim providing some contrast. 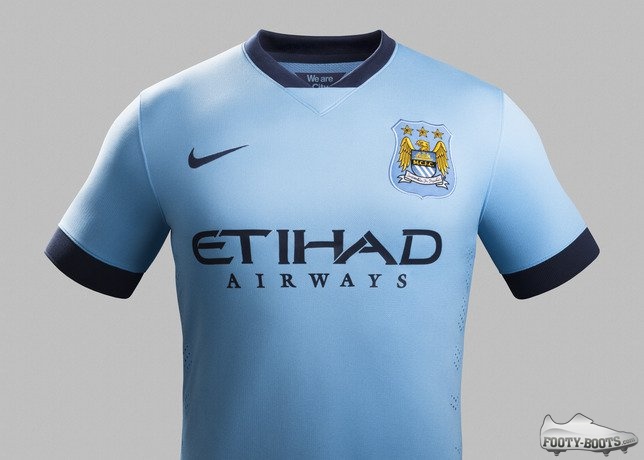 Nike say this year they took inspiration from the club’s pioneering and innovative spirit for the Manchester City Home Shirt 2014-15 – an aspect of the club that is often is overlooked.

Later this year, the club is set to open a new state-of-the-art City Football Academy (CFA), directly adjacent to Etihad Stadium in the heart of East Manchester.

The new training ground will include 16 pitches and a mini-stadium with a capacity of 7,000 for the club’s Elite Development Squad, Manchester City Women’s Football Club (MCWFC) and Academy youth sides. 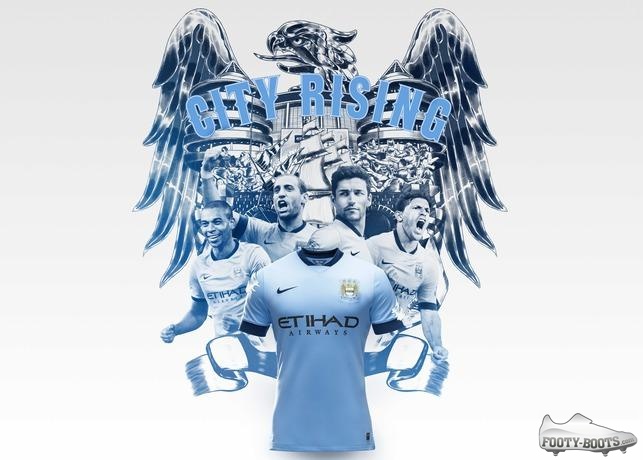 With that in mind, Nike have looked to take some classic elements of shirts past and add a fresh twist to their design.

The collar is styled as a typical V-Neck, but the higher cut and addition of the sky-blue triangle at the nape give a faster, more aerodynamic feel to the styling. 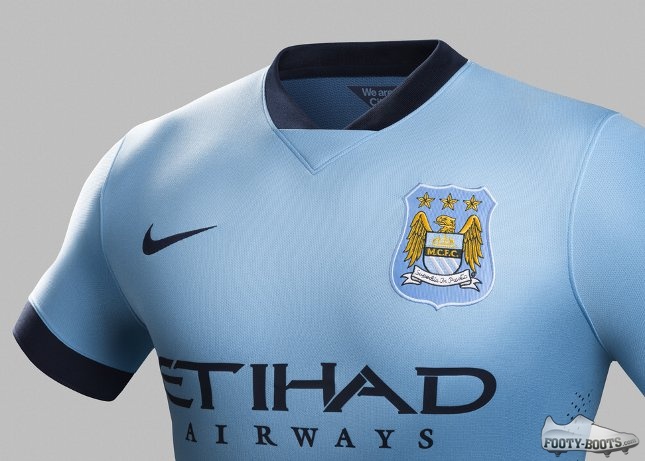 As is standard for Nike clubs, the Manchester City Home Shirt 2014-15 will boast all the bells and whistles expected of a Jersey with the Swoosh on it.

As well as Dri-Fit material created from recycled polyester and laser-cut ventilation holes, the kit is also cut to an updated and perfect new fit. The new fit allows the body to move more naturally within the kit, and so effortlessly improves players’ comfort and performance.

Available to pre-order today and at retail on July 17th, is the new MCFC kit for 14/15 one you’ll be buying?