The blue side of Manchester gets a fresh maroon look with Nike dropping the new Manchester City away kit for the upcoming season.

This isn’t the first time City have worn a maroons style kit. Shades of maroon have featured in the 1956 FA Cup Final winning team, who wore a dark maroon jersey with white pinstripes,  as well as the 1967-68 League title-winning side’s kit, which incorporated maroon detailing. Things have changed dramatically since then though, which kit technology now becoming more important in the game. What does the new City kit have to offer? 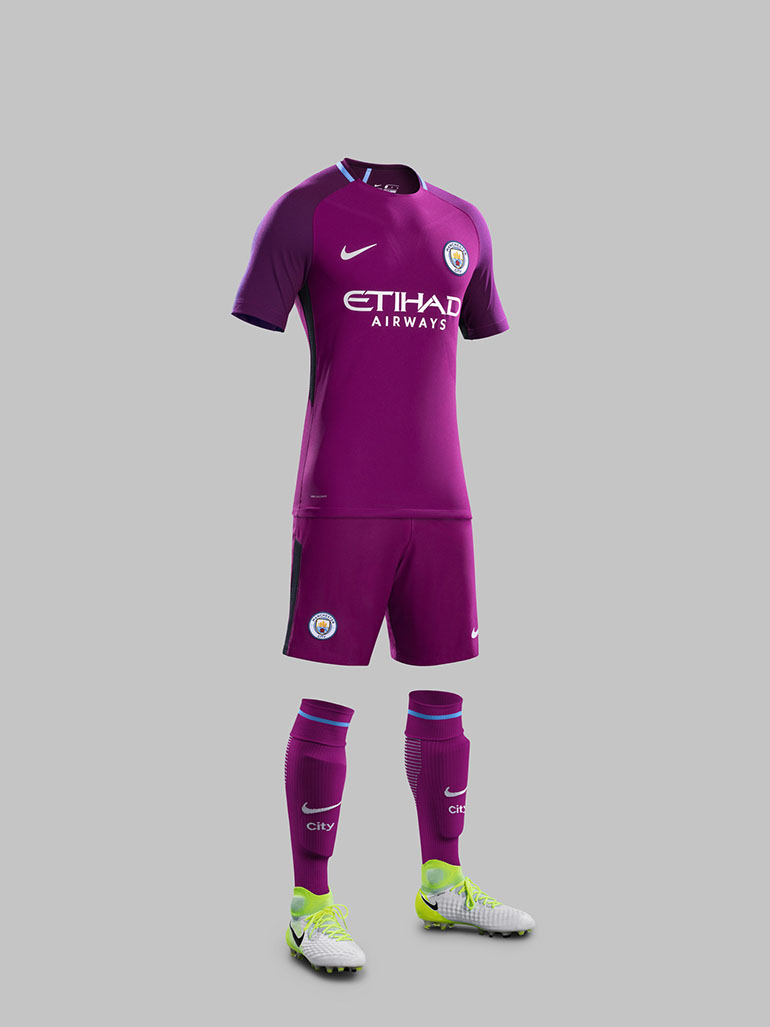 First of all, the new kit does feature the clubs main colours, with the trims on the shirt and socks displaying the signature blue of Manchester City. A smart round neck line sits on top of a shirt packed full of Nike Aeroswift technology- something Nike have used regularly in kit launches. 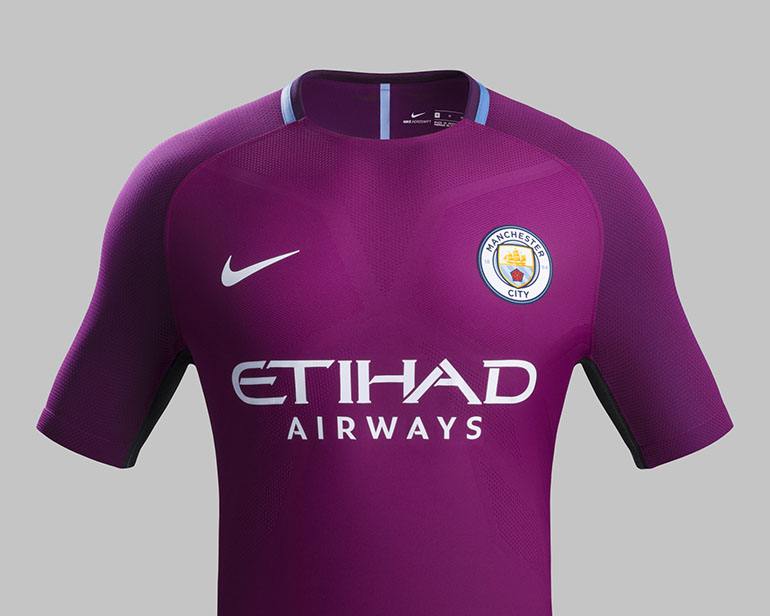 AeroSwift kits have engineered knit zones on the shirt that create a subtle geometric pattern and enhance fit for the athlete in motion. The sides of the kit feature a black stripe with blue underlay that runs the length of the shirt and shorts. These stripes maximise ventilation by expanding when the player is in motion 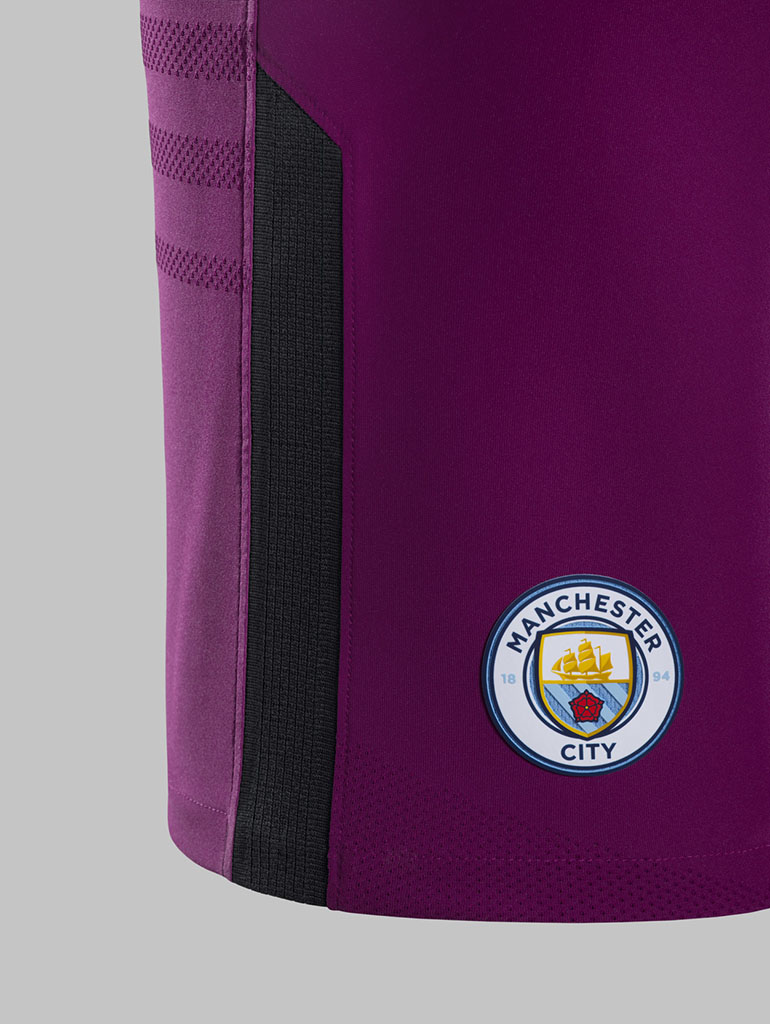 The kit is complete with the City blue-trimmed socks that incorporate NikeGrip technology for the ultimate foot-to-boot connection. The kit is set to be available July 27.