This new strip will be Manchester City’s third Nike home kit since the American sportswear giants took over from Umbro in 2013.

The new Man City home kit is inspired by some of the classic Manchester City designs of the past. 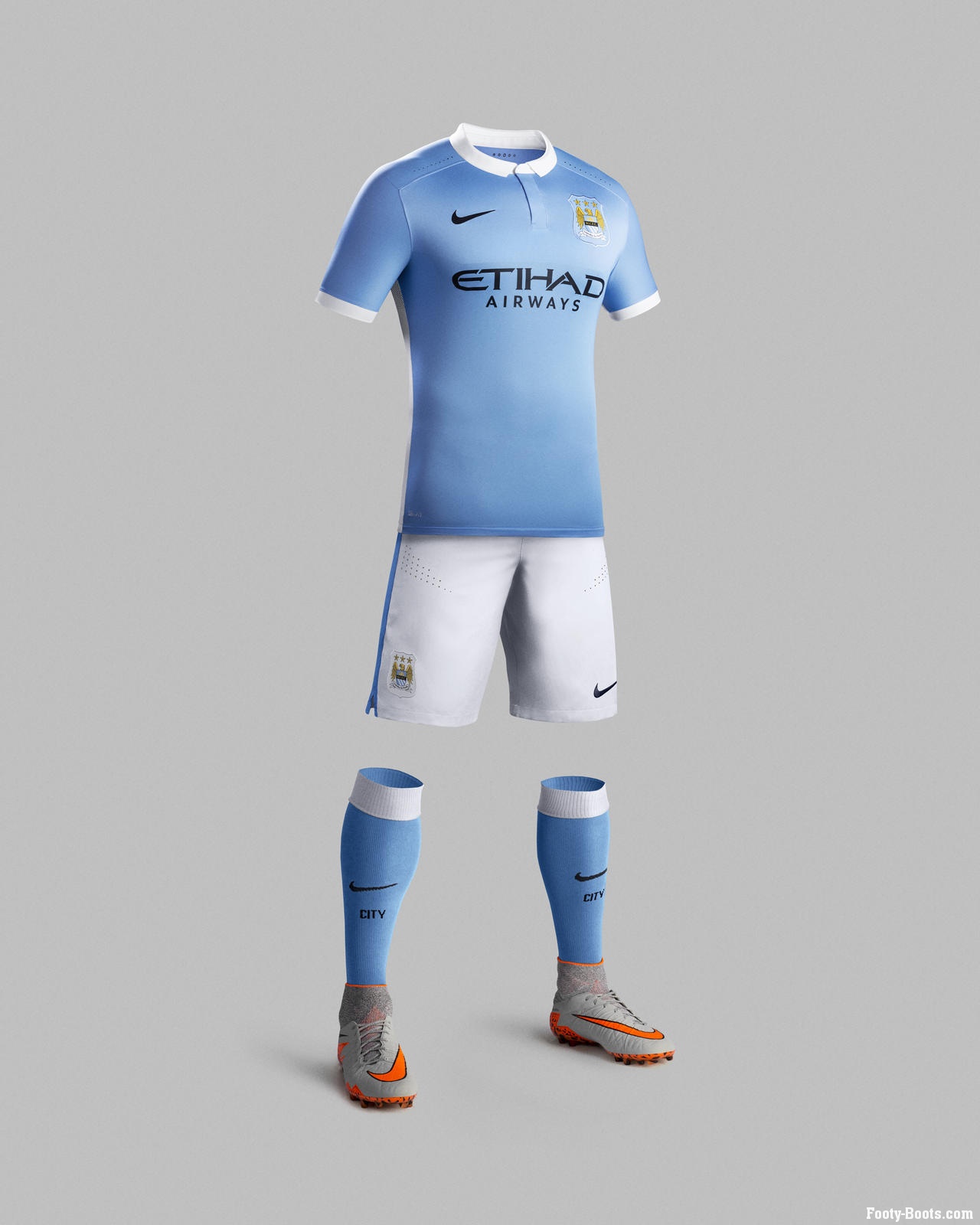 The shirt is in the club’s traditional sky blue with a slim white polo neck collar finished with concealed buttons, which makes for a very elegant look. This style is a reference to Manchester’s take on casual wear — structured yet laidback, and heavily influenced by the aesthetics synonymous with the city’s legendary music and fashion scenes.

A white stripe runs under each arm and continues in light blue down the sides of the pure white shorts.

The new home socks are light blue with a white band at the top, and feature a tonal performance stripe of small chevrons on the back of the calf.

This Man City kit is very plain, but in a good way. The detailing on the kit, like the perforations on the shirt shoulders and on the top of the thighs, finishes it so well.

We also love the slim white collar and white cuffs, which just finish it so well.