After a week of teasing, Nike have unveiled the all new Nike Magista – their first ever football boots to feature FlyKnit and an integrated ankle sock.

Set to be worn by Andres Iniesta, Thiago Silva, David Luiz, Jack Wilshere and more, Nike bill this latest release as one for creative players who demand comfort, traction and a feel for the ball that can only come from a boot that fits like a second skin.

The construction of the boot comes from a two-layer design that’s like few boots we’ve ever seen before.

The headline inclusion on the Nike Magista is the FlyKnit. This modified version of the same FlyKnit we’ve seen dominate Nike’s running shoe range is designed to give an inner layer that fits like a sock, moulding to the feet for incredible ball feel.

Outside that, the bright, perforated layer you see is NikeSkin. Something we’ve see used to incredible effect on the Hypervenom, this NikeSkin works as a raised second layer for feel on the ball and ACC-enhanced touch when the weather turns bad. 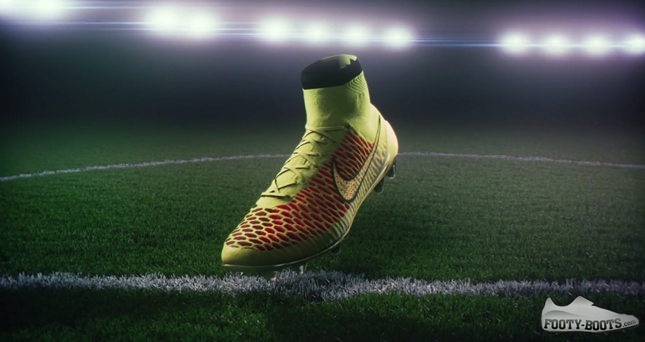 The curious sock used through the boots ankle replaces the traditional tongue for a fit like nothing else we’ve seen in the game to date.

Called the Dynamic Fit Collar, this offers another level of support, working with additional cabling in the midfoot to create a lockdown effect. 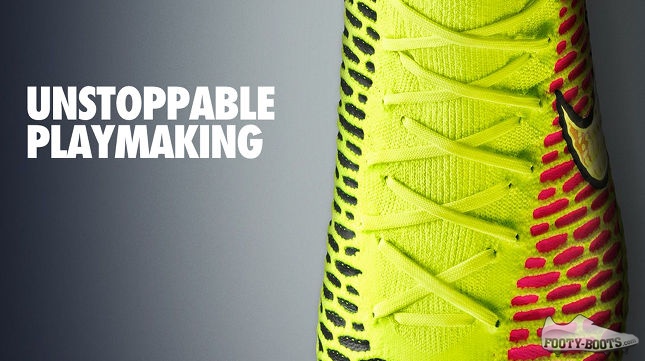 The Nike Magista Obra – the elite boot in the Magista range – continues the use of FlyKnit up through the ankle for a true one-to-one feel on the ankle’s foot, from the toe right up to the calf. 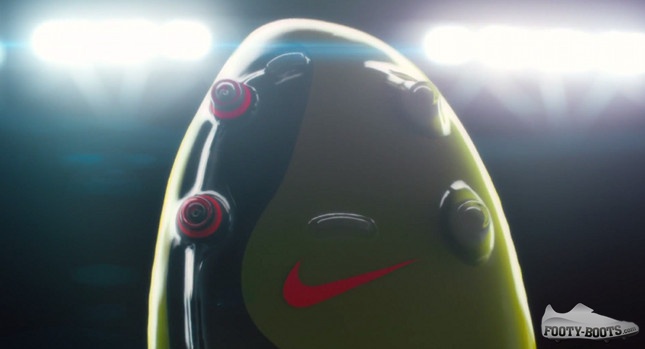 NikeSkin isn’t the only familiarity the Magista has with the Hypervenom. The soleplate is graduated Pebax and Nylon, and makes use of a similar stud pattern and shape to the agility boot.

A notable exception is the stiffened lateral side for additional support when squeezing in and out of tight areas.

Nike also confirmed the names of the full Magista range, with the Nike Magista Obra taking top billing with Opus, Orden, and Onda takedowns of the statement boot. 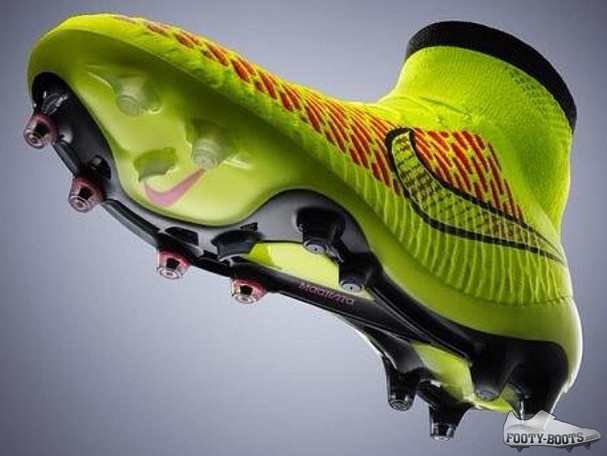 Replacing the much-loved CTR360 name – this revolutionary boot should still satisfy the needs of the playmaker, with a true touch on the ball like literally nothing else in the game.

Do you think this will be a solid new style of football boots for Nike? Is Flyknit enough to get you interested from the get-go, or will you wait on the reviews first?

Nike Magista | Creativity Has a New Name, 8.8 out of 10 based on 558 ratings https://www.footy-boots.com/wp-content/uploads/2014/02/nike-magista-football-boots.jpg

Written By
Kyle Elliot
More from Kyle Elliot
Under Armour's signature speed boot gets a tune-up for 2012, and packs...
Read More