Around four weeks of honest-to-goodness desire (Add another nine months since the first leaks started emerging) were fulfilled; I now knew what the Nike Magista Obra was like to put on.

Like the thousands who visit message boards, scour Instagram and Twitter or piled on to this very website the day they were revealed, curiosity devoured my reaction to the boot that would come to replace the Nike CTR360; how does it feel to put that boot on?

It’s a question that epitomised the media maelstrom around the Nike Magista; the fact that die-hard boot-nuts and people who didn’t realise Nike made more than one boot alike were united on a single focal point – “How does that even work?”.

When something is this different, everyone becomes a novice.

And it is different.

I’m a stickler for fully slackening the laces on a football boot before I put them on for the first time (left foot first, then right. Always.), so you can essentially step into the boot, centre the tongue and tighten the laces from bottom to top.

The Nike Magista Obra, however, is a tricker proposition. Aligning the tips of your toes with the maw of the FlyKnit ‘sock’, you instinctively pull. Then comes the wiggle of the toes as the foot is enveloped.

The stretch of the sock over the heel as you right-angle your foot with the ‘traditional’ section of the boot proceeds the slip as the rest of your foot glides in. 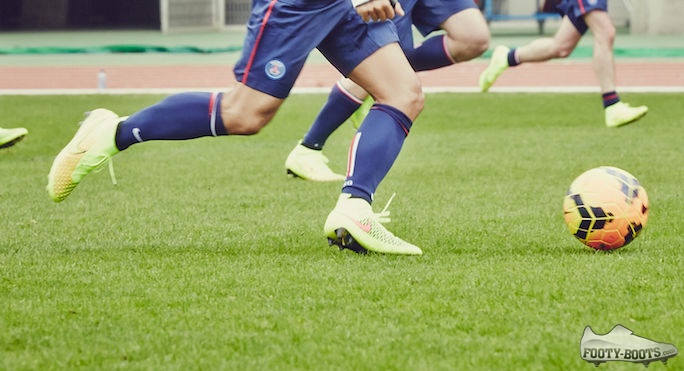 Equally tricky is describing how the boot feels on your foot. Essentially because on some parts of the boot, it doesn’t feel like anything at all.

The laces are entirely superfluous, the boot hugs the top of the foot like nothing else on the market.

Amongst a changing room full of media coo’ing over the boot now it’s on, I groan internally; as a boot reviewer, I now release the stock phrases ‘sock-like fit’ and ‘feels like a second skin’ have now been rendered absolutely bloody redundant.

It does feel more traditional towards the edges of the boot, however – as the FlyKnit is anchored to the soleplate, there’s a touch of ‘flare’ as the boot peels away from the foot and joins the chassis. 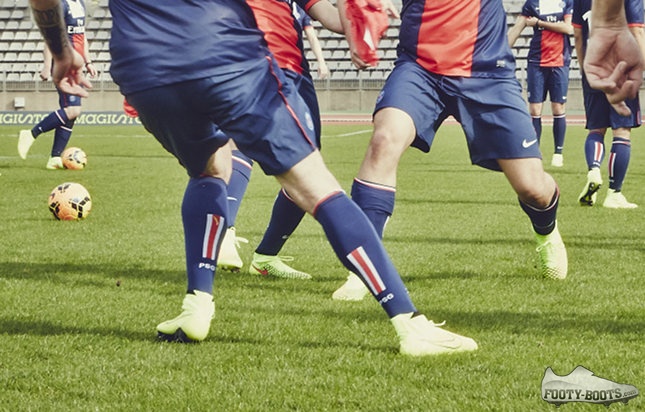 Taking the boot out onto the pitch,' Nike’s headline ‘Dynamic Fit Collar’ is the main instrument of the change in ‘feel’ when wearing the boot.

Nike say the Magista supports your whole body from the ground up; for a lot of boots their consideration of the body begin and end with the foot; maybe a soleplate that considers making rotational forces easier on the knees like the Umbro Geometra or Asics HG10mm for the lower back, but that’s about it.

Dynamic Fit Collar feels like the worlds best support; encompassing the foot, ankle and lower calf whilst be unrestrictive.

That freedom of movement and purity of the upper part of the foot definitely makes them an exciting boot to play in. Shooting and passing feels more natural as you get a real sense of where the ball is making contact on the top of your foot, leading to a more consistent style.

But the hype of the Magista and the thrill of trying a pair out could entirely balance out a nag; indeed, there was one issue that I did leave my time with the Magista Obra chewing over; the soleplate. 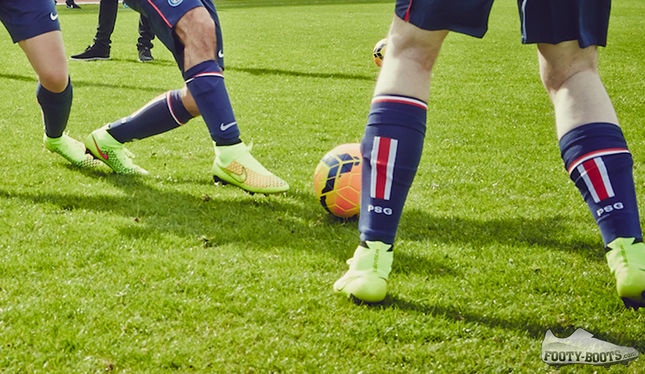 The traction on the Magista is superb, with a great sense being able to ‘plant’ your foot assuredly; a boon when striking and changing direction rapidly.

However, the dual density Nylon/Pebax combo was still a little stiff after a two hours plus with the Magista.

This was especially jarring given how natural the rest of the boot felt; the upper was without question the most flexible material I’ve ever worn out of the box, so with the soleplate not being equally as giving it was a little like driving a super-car with the covers still on the tyres.

Hopefully that soleplate will loosen up with time – and if the Nike Magista Obra' does reach the point that both the Hypervenom and Tiempo get to in terms of flexibility, boy, maybe football really will never be the same.

However, we’ll have to give a pair the full run-down over a couple of weeks to find out – so stay tuned for a full review on the site, soon, where we can look a little more into the waterproofing, durability and upkeep of this truly unique boot.