Jaws hit the floor around the Footy-Boots.com office when we heard that the Nike CR7 Safari range wasn’t just limited to football boots. 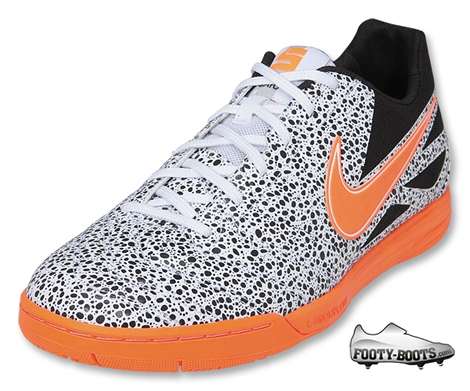 And they hit the floor again when we saw this limited-run Lunar Gato, which are so awesome it hurts! Forget Ronaldo’s new signature football boots, if anything deserves the title of being Super-Fly it’s these animal-print 5’s shoes!

Designed to sit alongside the new Nike CR7 Safari gear, these Nike5 Lunar Gato‘s combine the bold print that we’ve seen already on the cleats with a Black/White/Total Orange colour scheme across the upper and sole to give the boots an absolutely standout look.

For those who missed our coverage on the new Lunar Gato when it originally hit store shelves last month, it breaks down like this:

The Lunar Gato is a shoe for those who take their football to the street, and as such it’s packed full of nifty features to make your game as easy as possible. 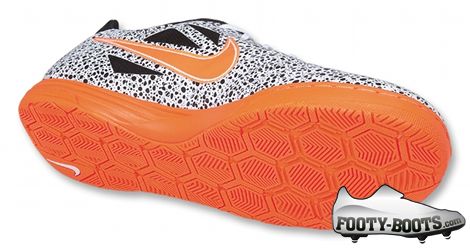 They feature a natural leather forefoot with rubber toe and medial side panel for durability and ball friction, meaning that they won’t wear out on hard surfaces as quickly as other trainers.

The main draw of the Lunar Gato is the Lunarlite technology in the insole for the next level cushioning. LunarLite is Nike’s newest game changer. It’s 30% lighter than standard Phylon, which reduces weight and creates springy cushioning. LunarLite absorbs the force of impact and distributes to force evenly throughout the shoe and foot, meaning less jarred knees and twisted ankles.

Written By
Kyle Elliot
More from Kyle Elliot
Football's most colourful character has smartened up his boots with some colourful...
Read More