Echoing their month-long installation of an LED board in Johannesburg four years ago, Nike are dominating another skyline with the image of Wayne Rooney – this time closer to home.

In the heart of the City of London, Broadgate Tower played host to a large-scale digital projection of England star Wayne Rooney.

The giant image shows Rooney’s character as he appears in Nike’s five-minute animated feature, “The Last Game” which launched earlier this week. 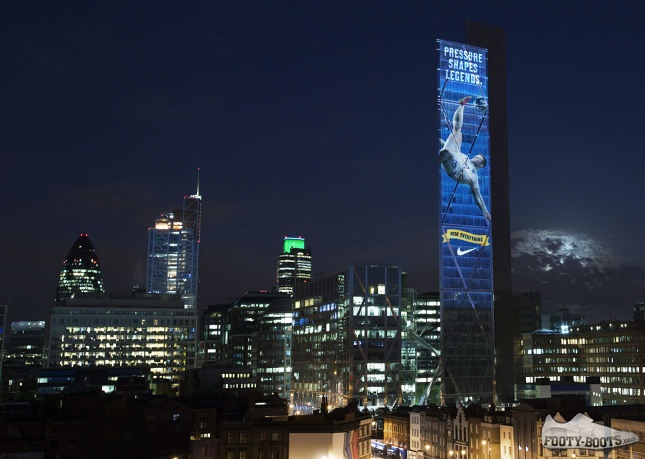 The England striker’s character is shown performing a phenomenal bicycle kick and is accompanied by the sign-off “Pressure Shapes Legends.”

This projection forms part of Nike’s hugely popular #riskeverything campaign which celebrates fearless, brilliant, risk-taking football. The different videos from the overall campaign have had over 200 million digital views since it launched in April.