This weekend Nike and the Premier League announced that the Nike Academy will be run as a full-time football development programme for the 2011/12 season. 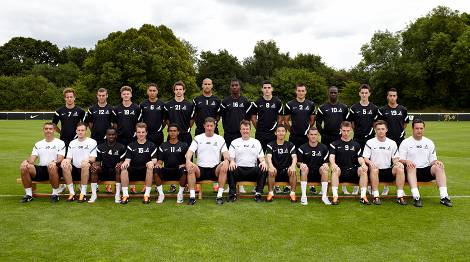 The Nike Academy, established in 2009, is a dedicated pro-level football development programme founded and managed by Nike and supported by the Premier League.'  It has one aim – to help and support highly skilled and committed young footballers to reach their potential and make it as a professional.

Since its inception the academy has been run on a part time basis ” but this season will see the 22-man squad operate as a full time organisation, with their base at Loughborough University, funded by both Nike and the Premier League.

It offers young players without professional clubs a chance to enter or re-enter the professional game through world-class coaching, innovative training facilities and a weekly fixtures programme against elite academies and professional reserve teams across the globe.

Jimmy Gilligan, the current England u21 scout and former Watford striker, is the Nike Academy Head Coach and under his watch the squad will train six days a week at their new full-time base, making the most of the extensive sport facitilties on campus.'  Jimmy Gilligan is supported in his role as Head Coach by Director of Football Huw Jennings, the former Head of Youth Football at the Premier League and current Academy Director at Fulham F.C.

The Nike Academy has played against the likes of FC Barcelona, Celtic and Paris Saint-Germain since 2009.'  And the full-time squad has already played pre-season fixtures against Cardiff, Racing Genk and Celtic, with victories in all three games this season.

To date six Nike Academy graduates have won full time contracts to professional teams as result of playing in these games and training under the Nike Academy coaching team.' '  Most recently Ryan James, a former Nike Academy player, has been signed by Oxford United.

Jimmy Gilligan, the Nike Academy Head Coach, said: Ĺ›The Nike Academy provides young footballers with the opportunity to develop as players and showcase their talent.'  The Nike Academy coaches and I are dedicated to providing these players with the best training programmes, best football networks and sporting facilities to help them realise their full potential.

Mike Foster, Director of Football at the Premier League, added: Ĺ›The Nike Academy is an excellent example of the growing partnership between the Premier League and Nike. We have worked together now for 11 seasons and over the last few years we have seen the Nike Academy develop into' a first class facility for young talent to continue their careers in football.” Mike Foster, Director of Football 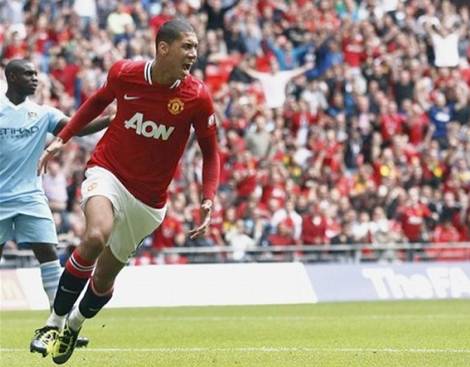 Ĺ›It will be an exciting season for the squad, and going full-time will only help them improve as athletes to give themselves the best chance of being signed by professional clubs.ĹĄ

Chris Smalling of Manchester United said: Ĺ›Two seasons ago I was in a similar position to the Nike Academy players, playing non-league football and was fortunate enough to get scouted by Fulham under the stewardship of Huw Jennings, the Nike Academy Director of Football.'  The Nike Academy really helps young footballers stay on the path to making it as a pro and I wish the lads all the best for the new season.ĹĄ

Ryan James, a former Nike Academy member and now an Oxford United player, said: Ĺ›The Nike Academy has given me the chance to prove myself and get signed by a professional team.'  The coaching staff and set-up really helped me get a contract at Oxford United this season and I wish the current Nike Academy squad the best of luck for the coming months.ĹĄ