Nike ‘Terra’ Pack is made up of the Mercurial Vapor 13 and Superfly 7, and PhantomVNM. This time Nike didn’t include the Phantom VSN for this update, last time this happened was back in early January this year.

The ‘Terra’ Pack has a base ‘Desert Sand’ colour as the name suggests – “Terra” meaning “Earth” – on all three styles followed up with accents of ‘Psychic Purple’. 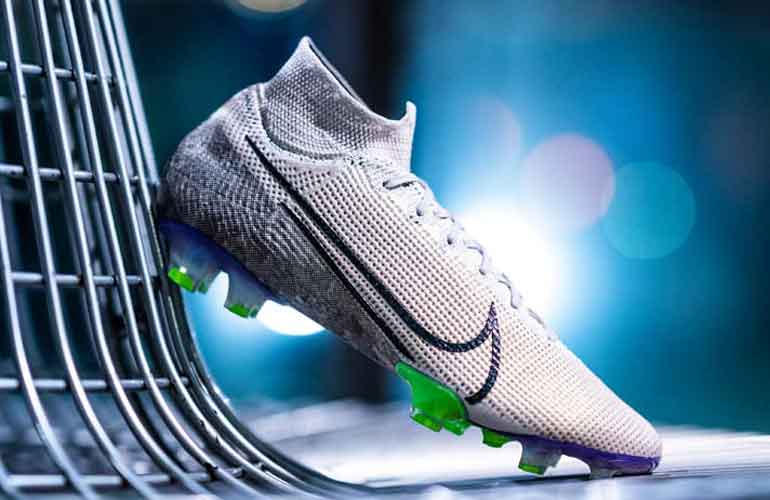 For the Mercurial Vapor and Superfly boots built on the 360 innovation of the 6, the Nike Mercurial Superfly 7 Elite FG Boot adds a Nike Aerowtrac zone to the forefoot and a slightly stiffer chassis to help supercharge traction. The soleplate is where that purple appears with a touch of vibrant green.

The PhantomVNM is engineered for powerful, precise strikes that win games. Blades on the instep create spin to control the flight of the ball, while Flywire cables and a flexible plate provide the stability and traction needed to unleash at any moment. Features an iridescence through the soleplate also shimmers through the black-bordered Swoosh. This time the green is in Nike “Planet Football” logo on the heel. ‘Black Electric completes the colourway in the collar with another iridescent running down the lace cover.

The ‘Terra’ Pack are worn exclusively by players such as Hazard the Real Madrid star, Gabriel Barbosa Flamengo’s striker who helped the team win the Brazilian League and Copa Libertadores, Harry Kane, Neymar Jr. and a few other lucky players.