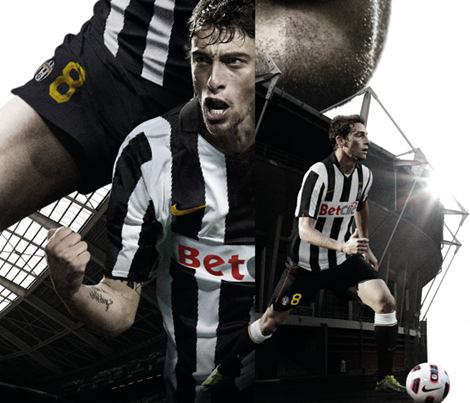 The classic Bianconerri design is still largely intact from previous seasons, but this time out Nike have added a jagged, lightning-style edge to all the stripes on the kit.

Set to be a feature of many of Nike’s kits this coming season, the lightning stripe is sure to divide many opinions! Ours? We like it – if only because there’s only so many things you can do with Black-and-White stripes; and when the classic stripes come back, they’ll look even fresher!

Other features include a stylish V-Neck with collar, which has always been this writer’s favourite design on a football shirt. 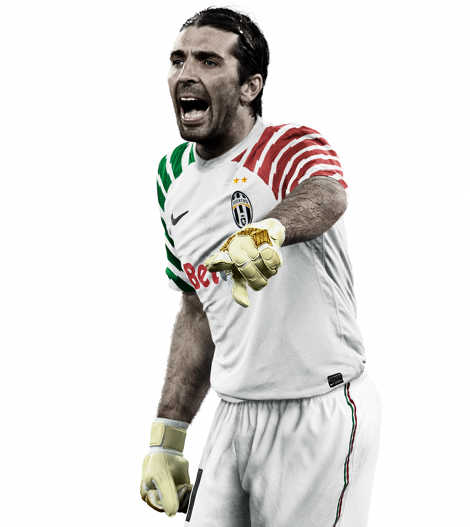 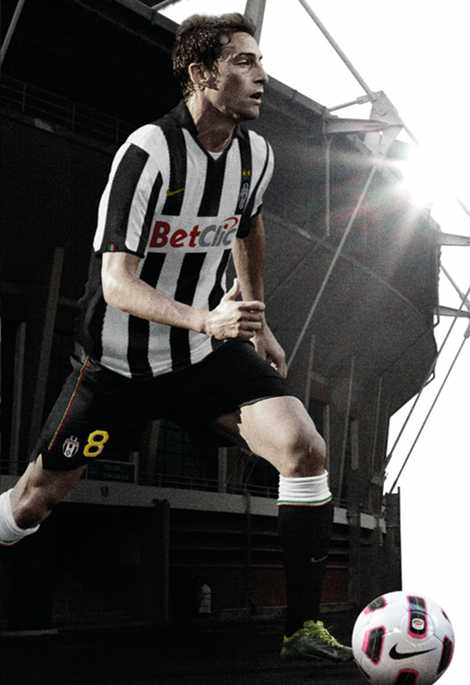 The Juventus Home goalkeepers Kit is even more brash that the stripes on the outfield players shirt!

Taking the striped-arms design from the World Cup Goalkeepers shirts, and integrating the design of the Italian national flag certainly makes for a distinctive kit – we just home they don’t try and do the same with the Union Jack for any EPL teams!

The promotional pictures also betray a few other secrets for the new season; as well as the cactus Superfly II which we saw on the new Arsenal Home Kit last week, we also sneak a glimpse of the new pink-trimmed T90 Tracer ball, which could well be the official ball of Serie A next season.

As with all of Nike’s kits for this season, the Juventus Home kit 2010-2011 is part of Nike’s Considered Design initiative.

What this means is that each shirt is made from the melted down plastic from 8 drinks bottles. The bottles are shredded and melted down to make a thread that is then woven into the shirts.