Inter Milan’s third kit has a strong influence of the 1997/98 kit, worn by the Brazilian legend Ronaldo.

The black shirt with the bright yellow trim and detailing incorporates a new crew-neck collar, as was the case in 2009/10 season when the team won an unprecedented treble. 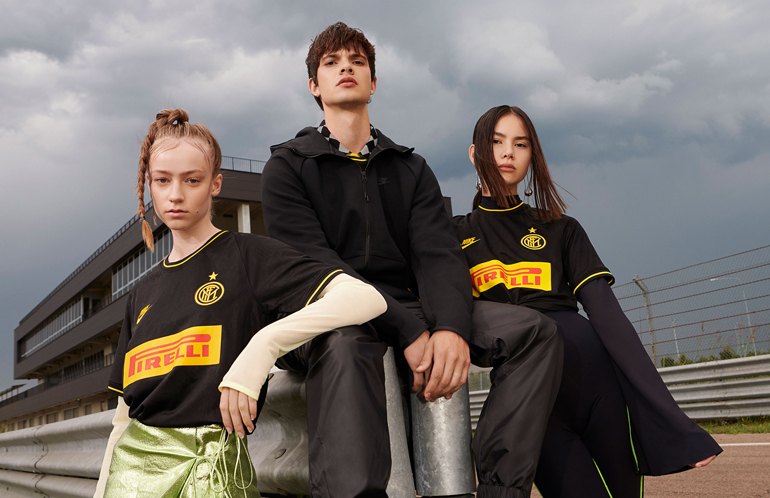 “Black and yellow is always a winning combination, and Inter’s third kit looks especially dynamic,” says Pete Hoppins, Nike Football Apparel Senior Design Director. “We’ve taken inspiration from two special older kits, kept things on trend with the ’90s themes we are seeing in streetwear at the moment and the result is something that we hope will appeal to all fans.”

The design celebrates Inter’s long-running partnership with their main sponsor Pirelli, which dates back to 1995. 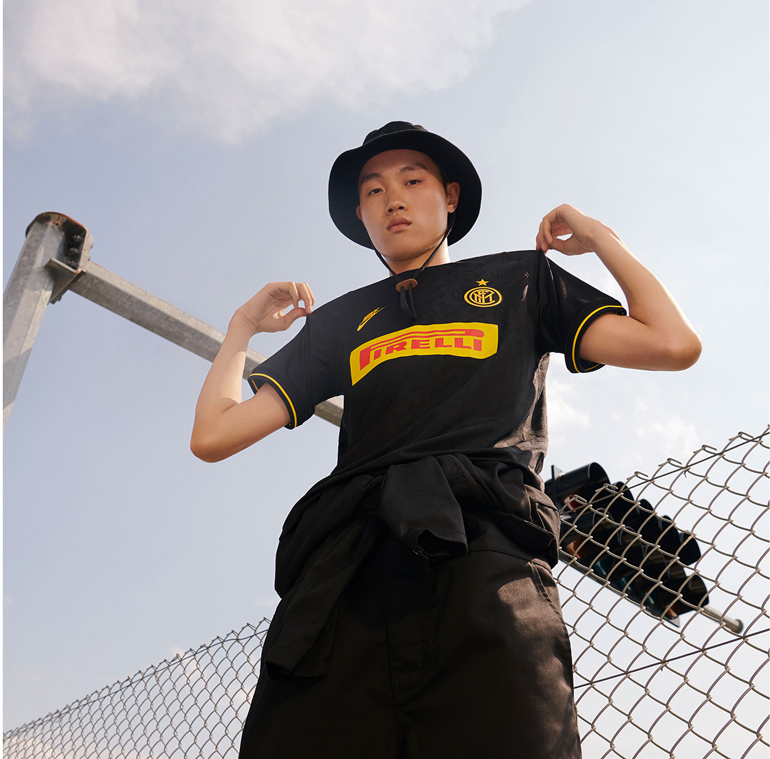 The shirt features the classic Nike Futura logo, an all-over black matte/shine jacquard pattern, with the club’s crest and the word “Inter” emerging from the fabric. Yellow trim on the collar and sleeves and the sponsor’s logos.

The design of the new shirt takes inspiration from the classic away kit Inter Milan wore during the 1989/90 season.

The home kit features the traditional blue and black stripes but with diagonal stripes across the chest area where the main sponsor Pirelli is displayed in white. With the sleeves trim and the front of the V-neck collar is in white. 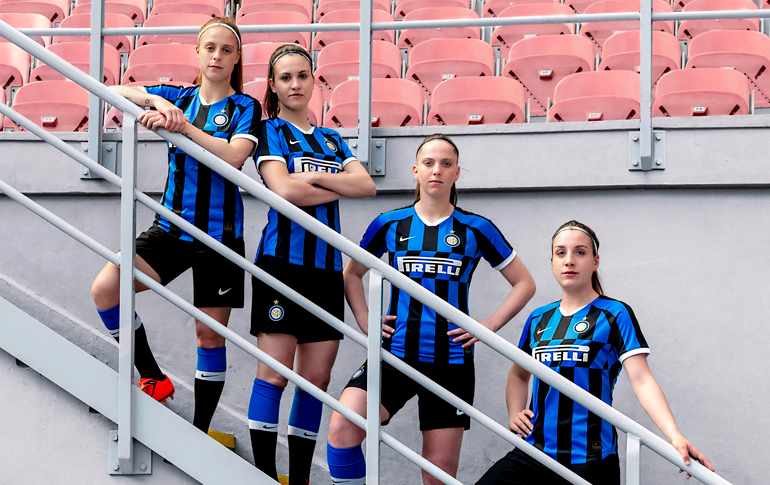 An elevated trim ensures the Inter crest really stands out, and inside the shirt is a tribute to more Inter heritage via a St George’s Cross, to highlight the club’s connection to the city of Milan, the word “Internazionale” and the year 1908, Inter’s founding year.

The kit is completed by black shorts and colour blocked socks – half black, half blue – taken directly from the neck of the Biscione, an enduring club symbol.

The vivid sleek stylish aquamarine shirt is meant to evoke memories of the goalkeeper’s kit worn by Julio Cesar the season after winning the historic treble in 2009-10.

The shirt takes inspiration from the elegance and grandeur of the city of Milan. The inside of the shirt features a Milanese cross that pays tribute to the architecture of the city’s cherished Duomo. 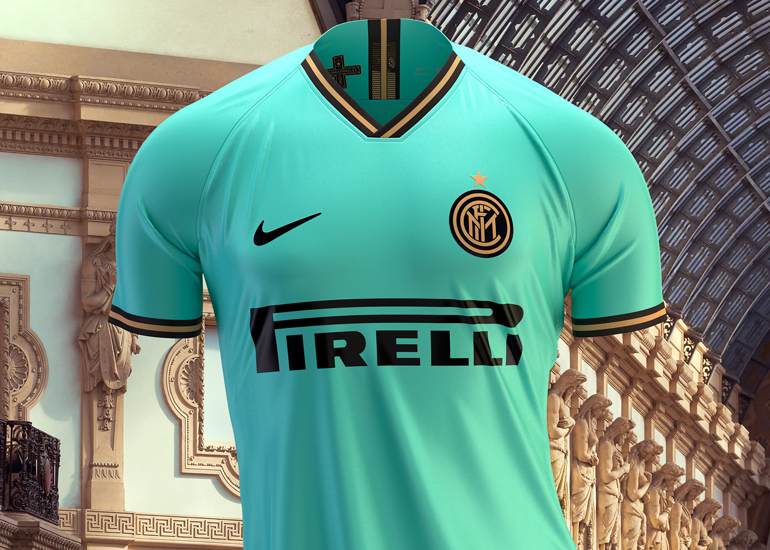 Black and gold trim are featured on the sleeves and front of the V-neck collar and also inside the shirt is a tribute to more Inter heritage via a St George’s Cross, to highlight the club’s connection to the city of Milan, the word “Internazionale” and the year 1908, Inter’s founding year.

White shorts and colour-blocked socks — half green, half white — that are separated by a black stripe and the word “Inter” midway up the calf complete the home kit.