Nike have unveiled the new kits that Serie A favourites Inter Milan will wear as they look to retrieve the Scudetto from fierce rivals AC Milan in the 2011-12 season!

This season Inter will play in a new home kit inspired by'  the traditional blue and black club colours, and infused'  with the inherent elegance and sartorial flair of Italian'  fashion. 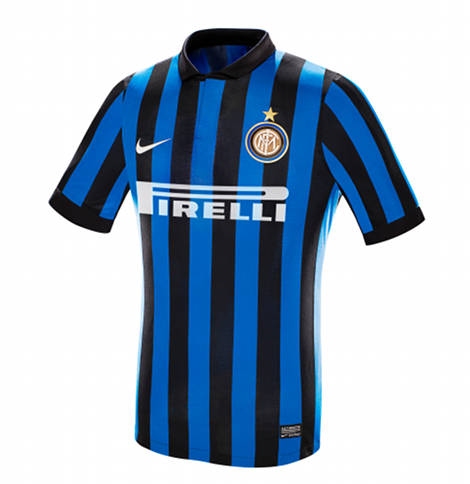 The body of the Inter Milan Home Shirt features Inter˘ iconic blue and'  black stripes, which are the thinnest stripes for more than thirty years to create a new and more stylish aesthetic. 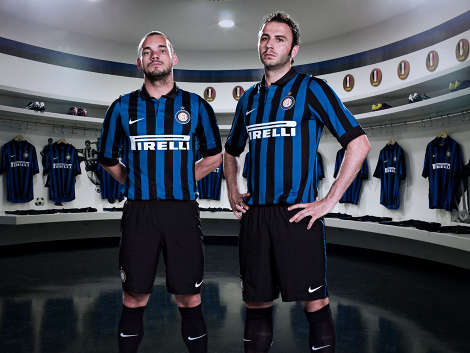 The Inter Milan Home Shirt also reflects the classic tailoring and craftsmanship of a shirt from the renowned Milan fashion houses by consisting of a firm woven stand collar, a bonded placket with two buttons, a dropped seam on the shoulder'  and a deeper cuff on the sleeves.

On the back of the Inter Milan Home Shirt below the neck reads ‹Ĺ›Inter˘€žË,'  while inside the front of the shirt, on the back of the'  club crest, is the phrase ‹Ĺ›Nerazzurri˘€žË, Inter˘ renowned'  nickname which translates as ‹Ĺ›The black and blues ones˘€žË. 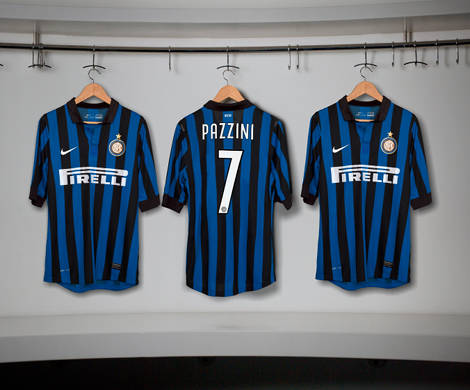 The ' Inter Milan Away Shirt follows a markedly similar template, with a simple black collar matching that of the new Home kit, with a two button polo neck that looks very classy – and a bit 90’s! 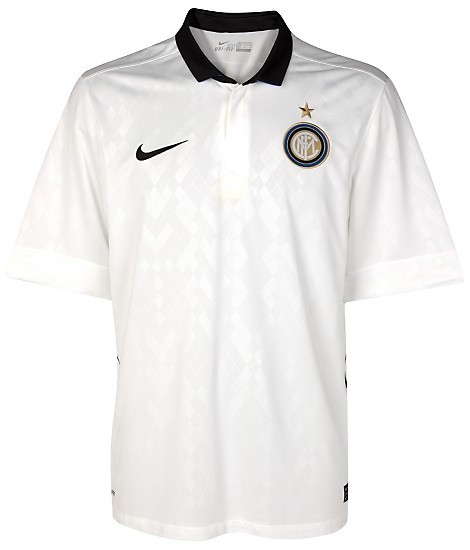 Following that 90’s vibe, the entire shirt is watermarked with a geometric pattern that catches the light in a very bold and interesting way!

Shown here without the sponsor, Pirelli, the black branding and trim gives this year’s Inter Milan Away Shirt a distinctly monochrome feel, especially when compared to last season’s effort which had a huge serpent running down the side of the midriff! 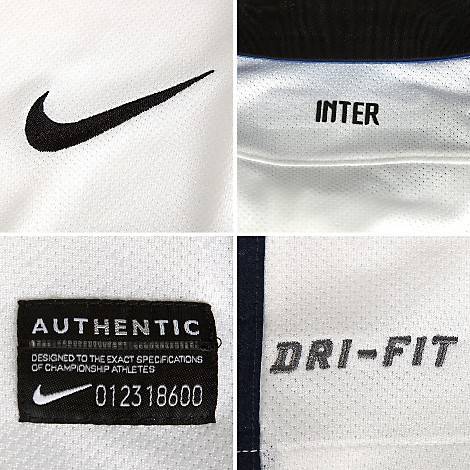 Also in the style of the home kit, the' Inter Milan Away Shirt also has a number of neat design touches, including ‘Inter’ on the back of the collar, and Nerazzurri on the inside of the collar.

Written By
Kyle Elliot
More from Kyle Elliot
We road-test one of 2011's hottest boots so far - the new...
Read More