When we say that the Hypervenom replaced the Total 90 range last year, it’s probably selling what Nike did a little bit short.

Rather than just renaming the boot, Nike completely refocused what this silo should be about and made a raft of changes to suit the modern attacker; ditching techy ‘power’ elements and blending speed, agility and a pure feel on the ball.

The result is one of the best boots to release in the last twelve months. Read on to find out why. 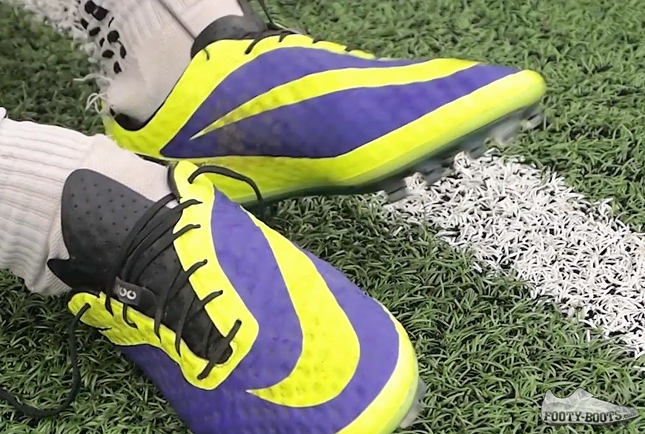 Players aching for a wide-fitting speed boot, your boat has finally come in. Whilst not a speed boot in the purest sense of the word, the Nike Hypervenom Phantom is light, make no mistake, and has a very forgiving fit.

The forefoot has a pleasant level of stretch to it and the heel is deceptively soft around the collar. Couple that with a surprisingly deep lacing system and the boot accommodates just about any foot shape (bar the super-wide and super-narrow) in a true-to-size fit. 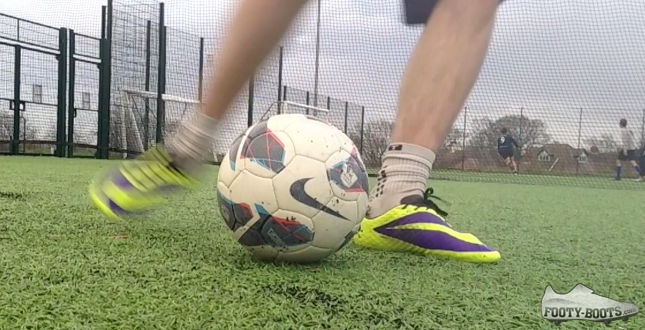 If there’s one true revelation that comes out of the Nike Hypervenom Phantom’s design then it is the NikeSkin upper.

Built on a base of mesh, the boot is wonderfully supple and moulds around the foot in absolutely no time at all.

This soft synthetic feels absolutely nothing like a leather; but that’s no bad thing. The NikeSkin on the Hypervenom feels like nothing on any other boot on the planet.

Low profile, snug to the foot and with enough texture to add a sense of grip on the ball, the Hypervenom offers an assured touch across the whole foot.

Certainly not for everyone, the Hypervenom is audacious. Designed for the player who wants to lace up something before a game that instills a sense of confidence and ubiquity, everything on the boot is designed to stand out.

The alien-texture NikeSkin helps assuage any sense of the boot being a little too plain by giving a bold visual identity and the double usage of the Nike Swoosh stays just the right side of gaudy.

The skull and crossbones is a little naff, though. Sorry guys. 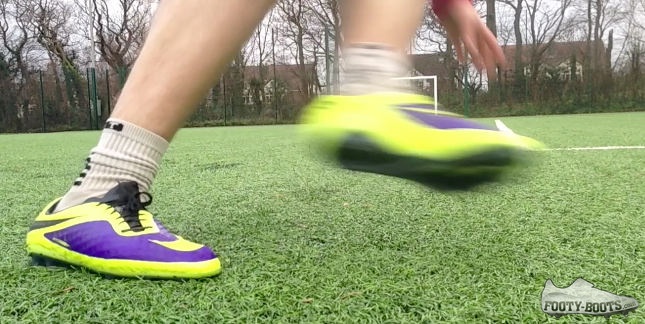 We’re actually in to month three of using the Hypervenoms on a multitude of surfaces with little issue.

We heard reports of early colourways being plagued with separation issues as well as straight-up tearing of the upper, but it’s a case of ‘so far, so good’ with our pair. Leaving us to presume any issues have been addressed by Nike as the boot’s lifetime has gone on.

A one-two combo, the X1.1 last and NikeSkin upper get the upper of the boot closer to the foot than just about any other boot we’ve worn, allowing for a purity in striking and controlling the ball that’s out of this world.

The traction plate is versatile, and does the job without any fuss. You won’t notice the braking studs making a tangible difference when changing directions, but the conical studs are perfect for disengaging the turf and rotating.

A couple of negative points; the studs on the Hypervenom are very short, so that’s great for firm and hand ground pitches, but don’t go near an SG pitch in them.

Additionally, the touted split-toe design doesn’t really live up to it’s promises in any notable way – but that doesn’t stop it being a really good soleplate.

At a just-over-average £160, the Hypervenom Phantom falls into the 3/5 category. It does come with a drawstring bag, though. Which is neat.

Unless you have some sort of aversion to Nike boots, there is little I could say to dissuade anyone from buying a pair of Hypervenoms.

I would say they’re at their best suited on the feet of players in the top half of the pitch as they offer very little in terms of protection; defenders would be better suited with a heftier boot like the Legend V or Nitrocharge.

But aside from that, I’m going to stick my neck out and say these might just be the best football boots Nike have ever made. Well worth your time.