Nike haven’t exactly been sloppy when it comes to colourways for the Hypervenom Phantom, but this new Black / White / Neo Lime version might just be our favourite to date.

After a succession of colour updates that played on the ‘deadly’ angle of the boot, with warning oranges and yellows, the Nike Hypervenom Phantom -' Black / White / Neo Lime' strips the boot back to a black and white base that looks absolutely killer. 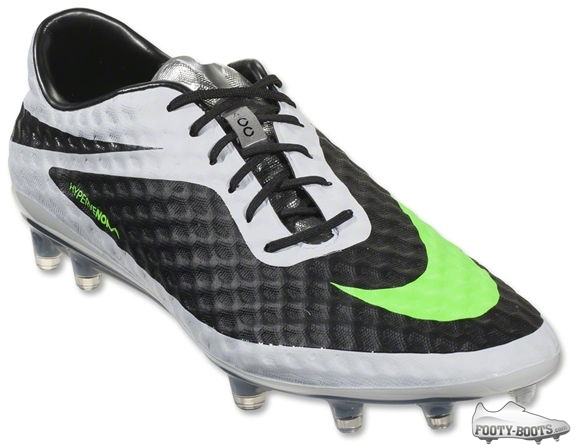 Throw on a flash of Neo Lime branding on the flank and fore-foot Swoosh, and this Hypervenom colourway has the look of a cult-favourite.

Released as an alternate colourway to the Vibrant Yellow version we saw land last week, don’t expect to see much on-pitch support for this model; that said the Blue/Black model was under the same proviso and has been snapped up rapidly by Robert Lewandowski, Christian Benteke and Daniel Struddidge amongst others.

By now, you know the Hypervenom story; these football boots are designed to be the newest weapon in the locker for deadly forwards.

The upper is NikeSkin; a mesh-based upper that gives phenomenal feel for the ball in all conditions thanks to its unique construction and ACC coating. 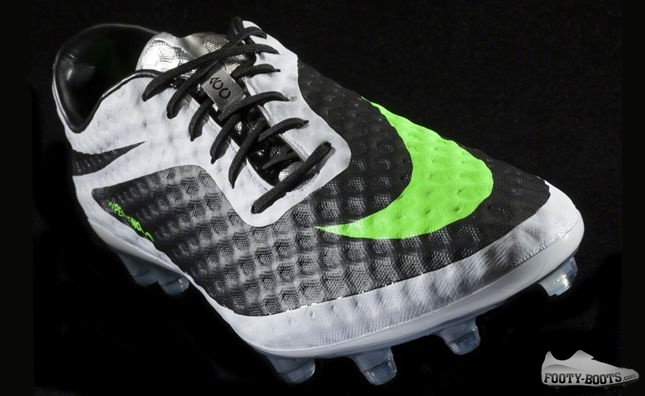 A new X1.1 last gives the Hypervenom Phantom' Nike’s most anatomical fit to date, accommodating wide and narrow feet alike thanks to the construction, shape and side-offset lacing system.

The soleplate is a compressed-nylon and pebax composite that is split in the toe allowing the foot more freedom of movement for a more responsive boot. 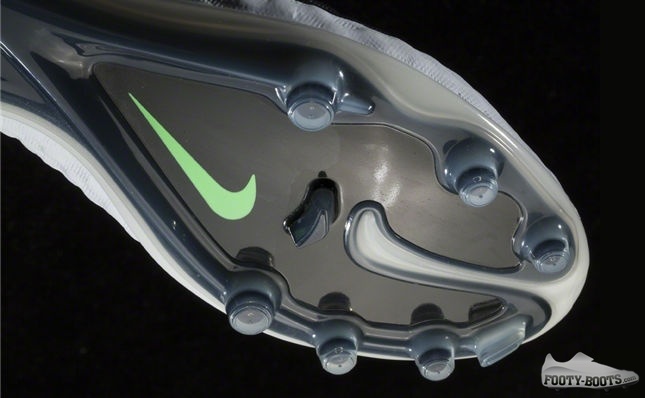 But what do you think of it? Will you be copping a pair?