After weeks of teasing ‘A new breed of attack’, Nike are ready to reveal the latest football boot in their range – the Nike Hypervenom Phantom.

Headlining the new Hypervenom silo, the Phantom is the elite-tier boot of the range that will also include the Phatal, Phelon and Phade and will officially replace the T90 series as Nike’s boot of choice for the highly-mobile striker.

Billed as a boot that will enhance agility and mobility, the' Nike Hypervenom Phantom' focuses on providing enhanced ball feel and one-to-one traction for lethal forward players who need to make the most of tight spaces.

After featuring heavily across the Nike FC 24/7 range, the Swoosh have brought NikeSkin over to the Nike Hypervenom' range. 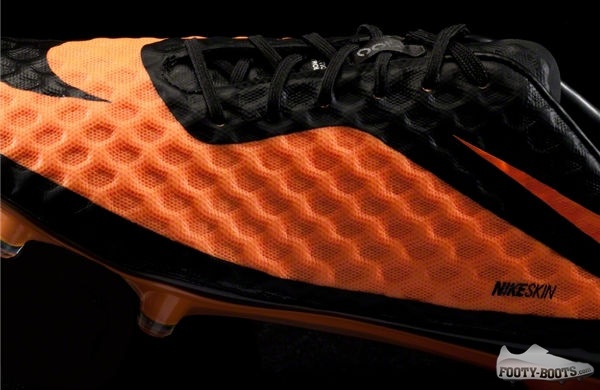 This 3D, honeycomb-textured synthetic delivers incredible tactile feel on the ball thanks to it’s construction, and breaks in willingly across the structure of the foot.

Wrapping around the entire boot, creating a striking look with the launch Black / Citrus Orange colourway. 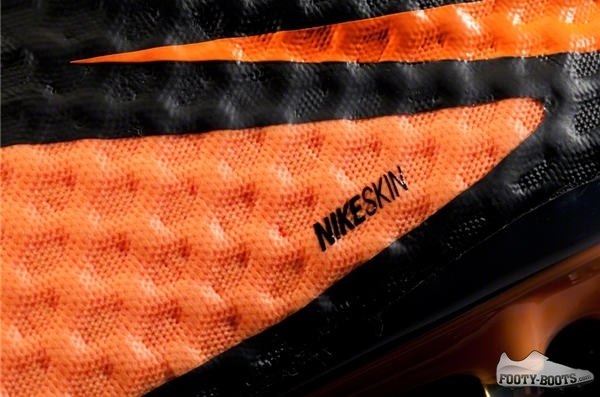 Whilst no longer a power/accuracy boot like the Laser, the Nike Hypervenom Phantom' does boast a few striker-friendly features.

The side-offset lacing creates a dramatic contact area with the ball, whilst the structure of the NikeSkin inherently increases surface area and friction on the ball. 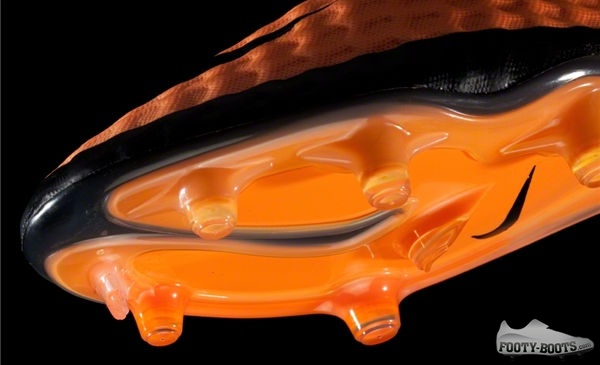 However, as dynamic and interesting as the upper looks – much of the talk will be over the new soleplate.

The small, conical-shaped studs allow for quick release from the turf, whilst a large braking stud is incorporated into the design for lethal changes in pace and direction. 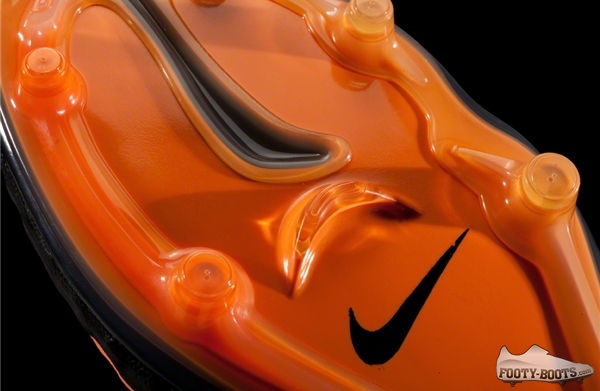 Additionally, the' Nike Hypervenom Phantom' is crafted on an all-new X1.1 last, designed to adapt to the players foot for incredible, low-profile fit that adapts to conditions without sacrificing comfort.

If you’ve been paying attention to their teasers, you’ll know that many of Nike’s T90 stars will be adopting the Hypervenom Phantom' for the summer and start of the new season, including Wayne Rooney, Robert Lewandowski and Daniel Sturridge.

Additionally, players from other silos will also be making the switch – with Mario Gomes, Danny Welbeck and headline man Neymar set to take these boots centre-stage over the summer as he hits the pitches of the FIFA Confederations Cup with Brazil on home soil.

Set for a late-June release, you can pre-order the Nike Hypervenom Phantom' now and seem them in-action on pitch this week.