Following it’s out-of-nowhere reveal last week, and the subsequent introduction of the GS2Squad on pitches this weekend – it’s fair to say the Nike GS2 has got everyone talking.

One of the first players we saw testing the Nike GS2 was Borussia Dortmund’s 20-year old wonderkid Mario Gotze – so we’ve snagged a chat with the German international to talk about his new football boots, Dortmund’s form and facing off against fellow GS2 wearer Franck Ribery in the Bundesliga this weekend!

Today you’re on set for a photoshoot for the new Nike GS2 football boot, which you and Franck Ribery will both be wearing this weekend – Do you already have a game plan when it comes to facing Bayern?

The Nike GS2 is a very good model. I have already tested it during training sessions. It is very light and feels very good on the foot. As far as I know, it is only made of recycled materials.

I am really looking forward to our opponent and hope that we take the three points in Munich.

Recently, you won five times against Bayern Munich,  do you think this weekends match will be the sixth?

Yes, that’s right. We have won the last five times and we are willing to show a good game as well as win again. Again, we will try to present our defense well organized and to seize the opportunities we will get. It will certainly be an interesting game. 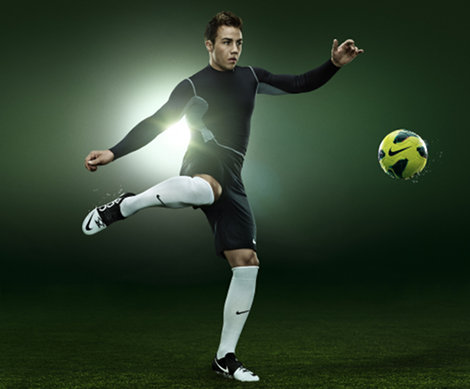 Given your respective positions, it’s likely you’ll line up opposite Ribery – what do you think about him as a person and player?

I met Frank once and we talked briefly. I think it is always impressive to see him on pitch. Especially what he has shown so far in this season is very important for his team.

He is a very good player and technician and it would not be too bad if he steps on the brakes against us. (laughs) I’m really looking forward to the duel, of course, because he is an excellent player.

You’re the only German player who will wear the new Nike GS2,  and one of only a handful worldwide – do you feel honored?

Yes. It is definitely something special being among those players who are allowed to wear the boot. Especially right now when we play against each other at the beginning of December and you see that Frank wears that boot as well. 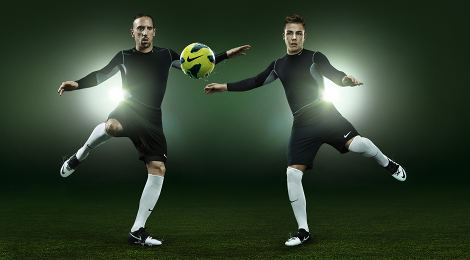 Back to the present – how would you estimate your personal performance as well as the performance of Borussia Dortmund so far and the BVBS this season?

We have shown a good performance in the Champions League. In the Bundesliga we left some points here and there but since we are still early in the season everything can still happen.

In the Cup we have fulfilled our duties and do our best to deliver a suitable performance. I think we can be satisfied on the whole.